Neil Comber: In The Mix

After moving from Chelmsford in Essex to Reading, and finding a course in Sound Engineering, Neil Comber went on to do another course in London, which led to work experience as an assistant engineer, and then a job at The Strong Rooms. He played in some bands growing up, and really liked being involved in music, but hated being on stage, therefore strove to do something within the business that didn’t warrant performance, as such. As the music industry has changed so much since he started out, I ask Comber what changes have made the most difference to his day to day workflow.

“When I started at 18, it was the very end of there still being money in music, basically,” he says, with a smile. “People still made records in the traditional way, which now feels totally alien! Artists would make records Monday to Friday, nobody would be in the studios over the weekend, and everyone would get given champagne!

“It was a lovely way of working, and there was enough money for everything to function. But that’s just continued to decrease. Studios couldn’t afford to stay open anymore, and the studio roles became much more merged. Now, being an engineer is a near non-existent job. When I produce, I often engineer myself, and mixing is just me - and that’s a big change.”

After working at The Strong Rooms, Comber got a job at the legendary Olympic Studios.

“It was an unbelievably cool studio in West London - everyone recorded there: Jimi Hendrix, The Rolling Stones, The Beatles. A friend of mine - someone I went to college with - was leaving his job as an assistant there, and on the way out, recommended me.”

It was there that Comber met MPG Award-winning producer and mix engineer, Cenzo Townshend.

“I started working for Cenzo full-time, and then, unfortunately, Olympic shut down,” Comber continues. I sense a pattern here! “So we moved to Metropolis Studios. I had a room there, and gradually, over time, I started working pretty much by myself.”

I ask Comber if he recalls any standout projects from that time?

“There have been some good ones,” he reflects. “But I guess you always feel like you should be doing better than you are doing; so you are always trying to make things better and better. So really, most of my old mixes I would just pick holes in now! [laughs] I guess the first M.I.A album, Matangi - that was a very proud moment. We spent about two-and-a-half-years on it, and went all over the world. She doesn’t really have a mixing process, so it was kind of recording and mixing; I was basically her engineer, so it was natural to mix as we went, and build lots of production." 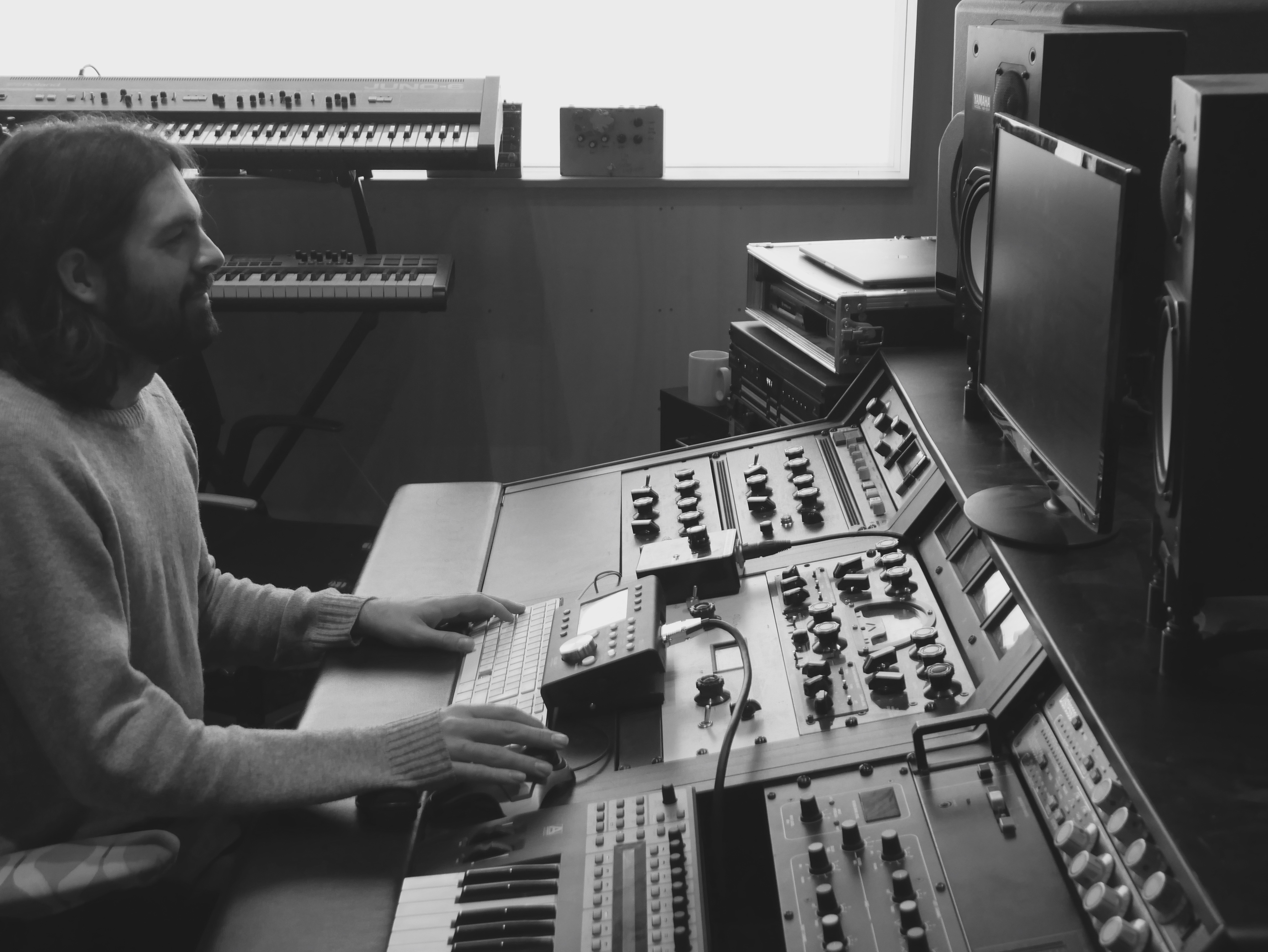 You are always trying to make things better; so really, most of my old mixes I would just pick holes in now!

Comber works from a hybrid mixing system - a nice combo of digital and analogue kit.

“My mix comes out digitally in stereo through my Grace Designs monitor controller, which is literally the best sounding thing I’ve ever used. It’s like the speakers and the convertors and everything don’t exist - you are just inside the music. That’s my core listening, with my KRK monitors and Yamaha NS10s, running off a Bryston 3ST amp, which is all very classic, old school mixer vibes. It’s what I grew up on, and it’s what Cenzo had for a long time.

"In terms of analogue, I use the Antelope Orion 32 HD converters to come out. I’ve got the Cartec EQs, and the Pultec clones - which are really good for bass. Then there’s my SSL compressor, and the Urei 1176 compressor, which I tend to use on drums for parallel compression. The SSL is very fast; it copes with the attack and the punch well, and it slams in, and makes it sound cool, so pretty much all the drums go through that, and it helps give the mix more depth.

“The 1176 is for a bit of extra compression on the kick and snare. I’ve got a couple of spring reverbs, and my Distressors move around quite a lot, actually - they’re often just gently tickling all of the vocals together, or I use it as parallel compression for a lot of the music, as it just gives it all a bit more chunk.”

To complement these classic analogue boxes, Comber has some key go-to plugins:

“I’ve got the Dynamic EQ by Sonnox, which is super-cool. Basically, what it is really great for is when you have a sound you don’t quite want in a vocal - perhaps when someone pushes a bit hard, or the mic is compressing a little too much. It will pick out that frequency, but only when it gets loud, so it doesn’t ruin my vocal sound overall. It just tucks it back when it gets nasty, which has been a total lifesaver.

“It’s kind of solved a problem that wasn’t easily solvable. I mean, ultimately, what you could do is go through a vocal, and take out the frequency every time it gets loud. The reality is that it takes so long to do that, what would probably happen is I would take it out a little for the whole thing, and just make a compromise. So it’s a crucial plugin for me.”

“The Waves SSL G channel and CLA-76 are on my general plugin chain. I grew up on an SSL G series desk, and the Waves EQ works in a really similar way; it feels very natural to use. And again, the 1176 is the compression I’ve always loved, and just makes everything feel beefy, so to have it as plugins to use on whatever you like is just great.”

Comber does work completely in the box from time to time - it depends on the project.

“As an example, all the M.I.A music is mixed completely in the box,” Comber says. “You can’t travel and use analogue equipment, so it’s a natural thing to happen. And sometimes, analogue equipment doesn’t sound as good - for example, the Pultec might slow the bass down, and make it too boomy, so I wouldn’t use it - it’s not like it has to go through it. I’m a big fan of the computer; I think it’s a very powerful way of working.”

Brian Eno once said: ‘the temptation of technology is to smooth everything out, running the risk of homogenising the whole song until every bar sounds the same, and there’s no evidence of human life at all in there.’ I ask Comber how he feels about that.

“There’s stuff I’ve heard that’s all over the place, but it’s just brilliant,” he insists. “It doesn’t matter that you can hear microphone stands falling down in the background, because the vibe is just so perfect. I’m much more about the music; it’s all about bringing that out, and I would much rather someone slated a terrible mix of a brilliant song that I’ve worked on than say, ‘that’s a really great mix, but there’s something not right, the song’s not good.’”