Pete Tong recently embarked on a run of dates to perform his anthemic Ibiza Classics with the 65-piece Heritage Orchestra, conducted by Jules Buckley. Vocal guests included Jessie Ware; and Ella Eyre and John Newman both performed their Rudimental collaborations. Furthermore, the legendary Candi Staton took to the stage, too, belting out You Got the Love some 30 years on from its original release.

While recording and mixing dance and classical genres have become popular, there are some major considerations when taking it out on the road. Not least, the ability to offer a large number of musicians their own monitor mix. Enter myMix, a revolutionary personal monitoring system, which simplifies the monitoring process, while maintaining pristine quality sonics.

Ron Peeters, who is the regular monitor engineer for the Heritage Orchestra, explains the reasoning for selecting myMix for the tour:

“We were looking for a hard wired monitor system that could handle sufficient inputs to have at least the ability to give every musician a direct out of their own mic, or a blend of both mics on one instrument, so they were able to control their own level in their mix," Peeters explains. " So the main purpose of our search was to find a system that could handle that many inputs. myMix is unique in this way, because it gives us the required 54 stage mic inputs/direct outs, and 30 channels of sub-mixes; and there are no other systems that can handle this many channels.” 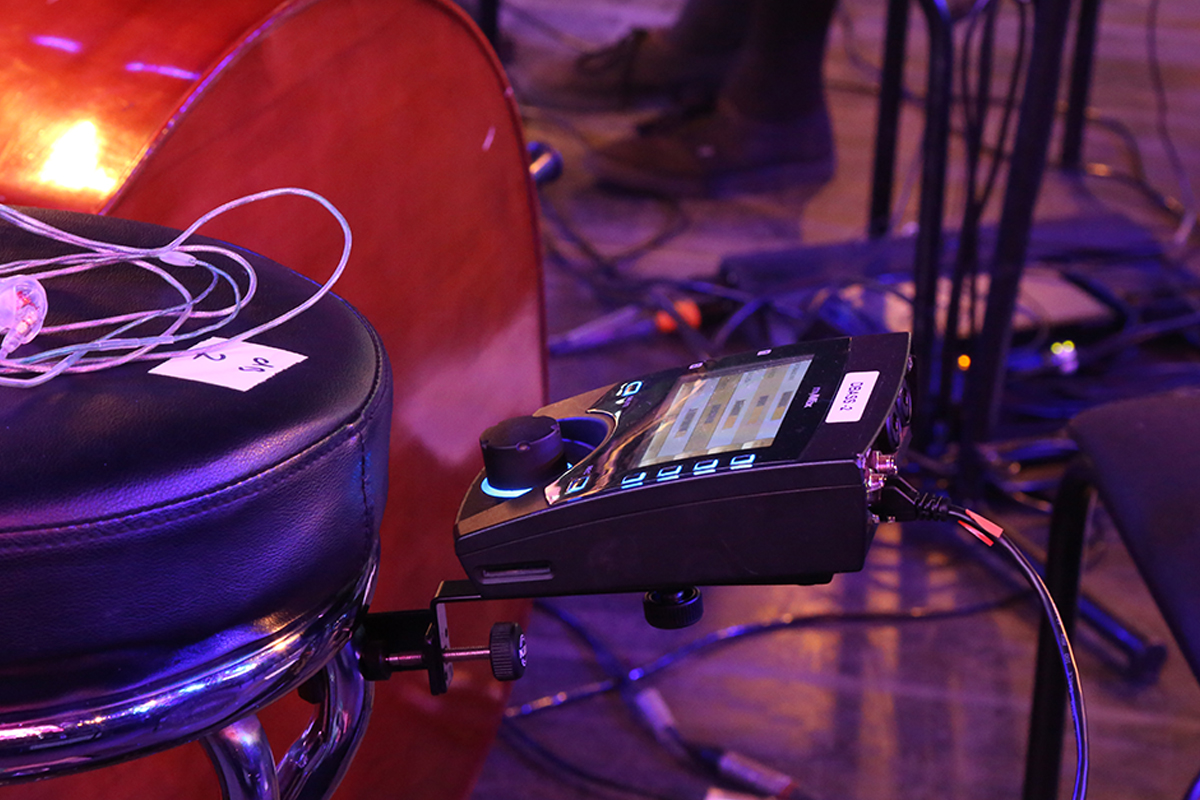 myMix is one of the best personal monitoring systems I have ever heard.

The orchestra were fed a number of sub-mixes (Pete Tong, strings, brass, the band, etc.) to their myMix mixers with the section leader and their own instruments being made available on separate channels. The myMix mixers were then attached to their seats using a K&M microphone bar, giving them quick and easy access. All the myMix units were then networked using eight Cisco switchers, spread around the stage.

To get the three monitor 96kHz 32-channel MADI output streams onto the myMix network, they simply converted the MADI from 96kHz to 48kHz, and then used two RME ADI-648s to convert the MADI to ADAT, which was in turn fed into an impressive rack of six myMix IEX-16L-A expanders at the monitor position.

With three concerts over three consecutive nights in Birmingham, London, and Manchester, rigging time was of the utmost importance. The complete myMix system was running in less than an hour from scratch - and the orchestra members only required a five minute overview of the myMix units, before using them straight away with no problems.

“When I first saw the myMix system eight or nine years ago, it was a fairly simple system, so it didn't trigger our interest at the time; but now it is able to handle so many input channels, it is perfect for our requirements," concludes Peeters. “To be honest, myMix is one of the best personal monitoring systems that I have ever heard, because its sound quality is so good, too.”