Ricardo Ryan: On A Mission With Merging Anubis

Merging Technologies’ Anubis music product manager by day, songwriter and artist by night – Ricardo Ryan discusses the surprising use cases that have emerged from locked down Anubis users, and how he is using the interface to record his solo material.

When he’s not heading up Merging Technologies’ Anubis division as well as serving as the manufacturer’s product and QA manager, you’ll find Ryan performing with his band, Sonic Rade – or more recently – using the lockdown period to work on his solo album in his Anubis-equipped home studio.

“Now that we are all confined at home, I work all day helping Merging clients all around the world,” he answers when asked what a typical day looks like for him at the moment.

“A few people that are normally working in big studios have managed to grab their Anubis, which acts as the controller, and bring it home for lockdown. We have mastering clients and every kind of audio professional working in recording studios remotely; a lot of productions are
halted, but many people work from home.

“So during the daytime, along with our team, I help people who are working from home. Then every night I work on my personal projects – writing music, recording guitars, programming drums and keyboards, or writing lyrics. And the rest of the time I sleep!”

Ryan was interested in pursuing music from a young age, and as he started to gig, spent many an evening playing “Beatles wannabe-type music” in bars in Quebec, going on to tour across Canada and America.

Studying audio engineering in Montreal led to a successful stint at animation and visual effects company, Autodesk (much of Avatar’s visual effects were created with Autodesk media and entertainment software, that were at the time running alongside Sonic Solution hardware), but soon Ryan sought a new challenge, moving to Switzerland to work for Merging Technologies 14 years ago.

As Anubis product manager, Ryan says it’s all about the missions:

“Actually, as I speak to you, I have an Anubis in my hand!” he points out. “We are trying to evolve these ‘missions’ and bring new features to our users.” 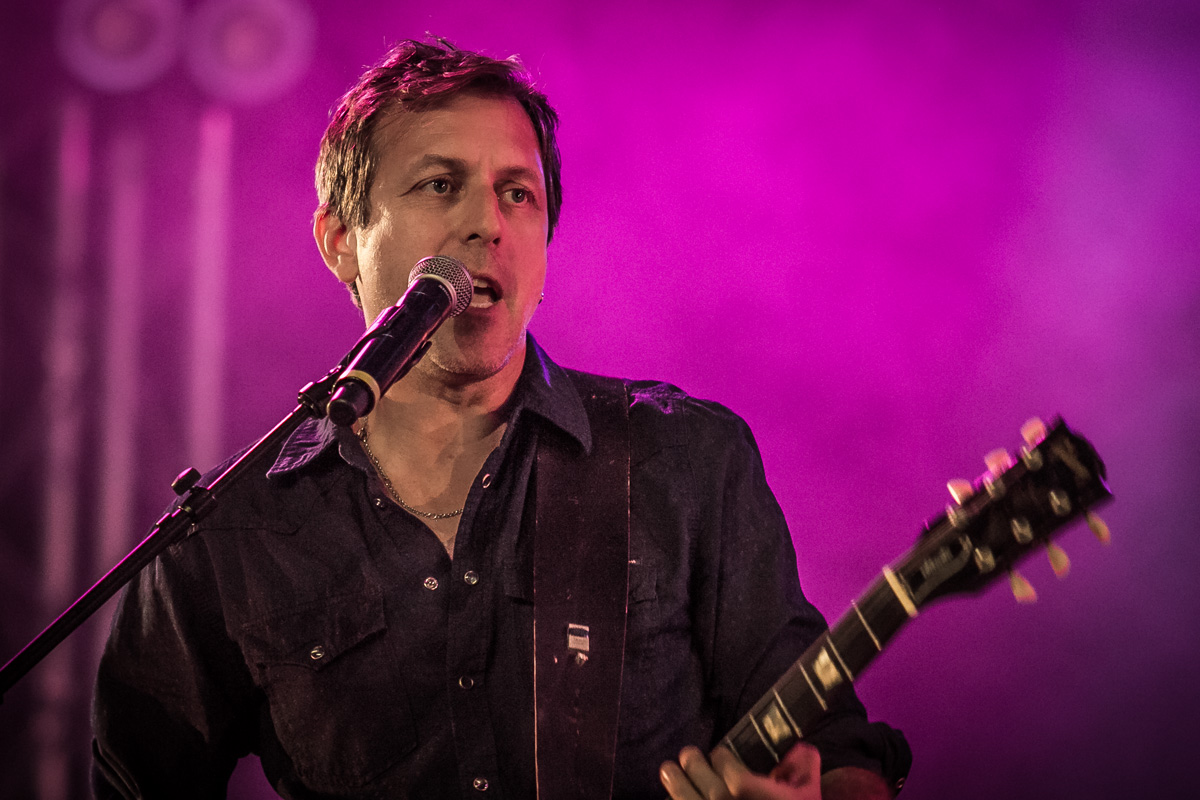 It has the perfect I/O count for people currently working from home.

Its internal low latency mixing engine operates through a large touch monitor – giving access to multiple upgradable software applications – not to mention its I/O expandable up to 256 inputs and 256 outputs through an AES67/RAVENNA network connection.

From the initial recording through to the final master, Merging has identified that there are specific ‘missions’ that require precision and control.

If the user’s ‘mission of the day’ is to create a great mix, they need to be in complete control of their monitoring: main monitors, nearfields, headphones, sources, surround mix, downmix, and so on.

Anubis gives its users the control needed in a single, compact device – aided by a Mission Controller app that puts users in control of the tasks they need to accomplish.

Booting up between missions completely changes the user interface and the function of Anubis, which can be put to use in a control room, or as an on-location monitor controller, or as a music studio or live event interface.

“It has the perfect I/O count for people currently working from home as they’re not really recording multi channel drums and stuff like that – it’s more overdubs and recording stereo instruments,” Ryan clarifies.

“Software-wise, it has so many possibilities. For instance, the ‘Monitoring Mission’ is aimed towards monitoring control for studios, productions and broadcasters – from home studios, to the biggest broadcaster, to a live recording of a big concert.

“Now of course, it’s a bit halted in that sense at the minute, but people use Anubis to monitor stage boxes on stage, or to monitor in their studio.”

It is this flexibility that makes Anubis just as home in a music recording studio as it is in a mastering space, film or TV post production studio, broadcast studio, OB van, editing room (thanks to its AoIP standards support), or a viable choice for location recording and live events monitoring. 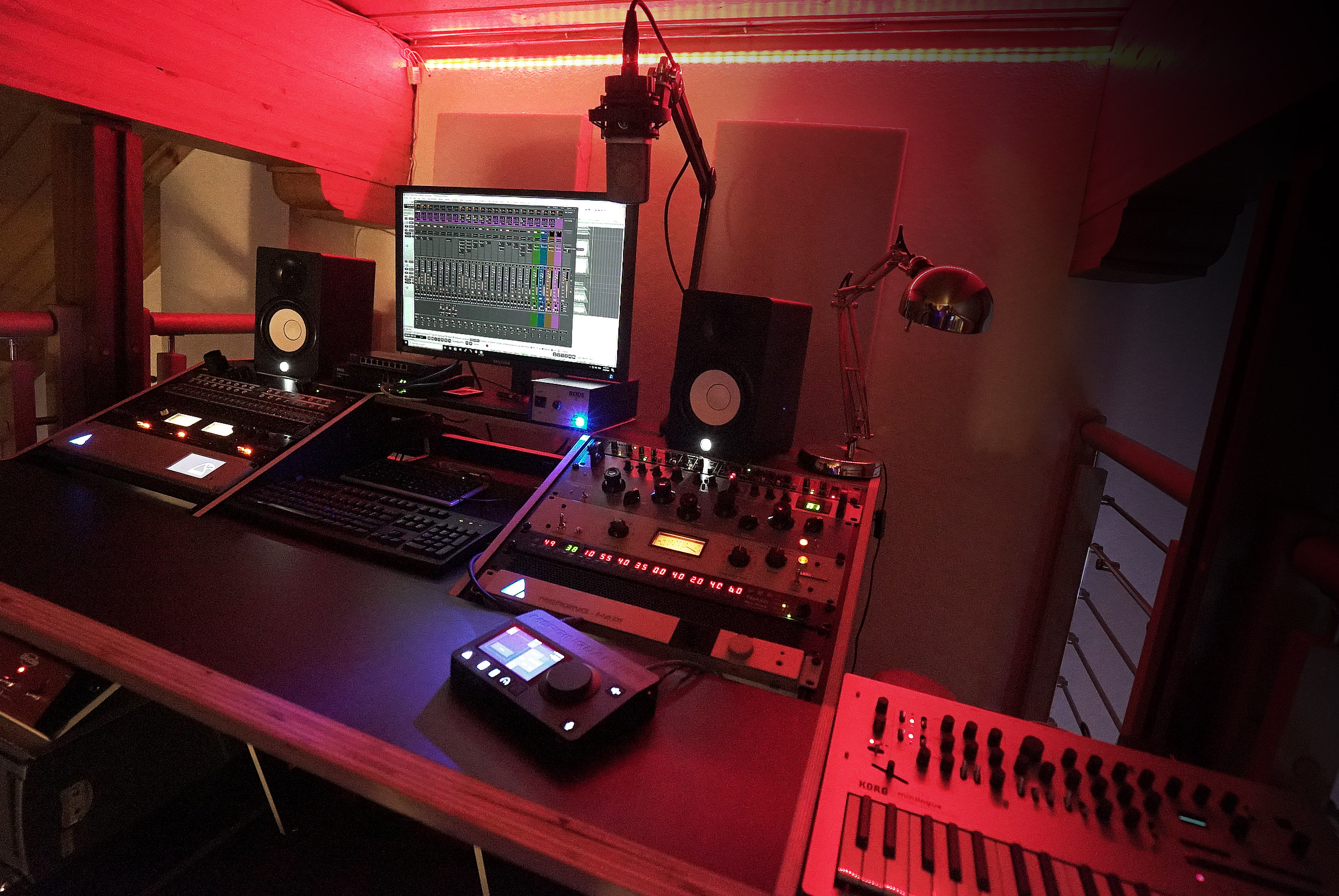 When you plug your source directly into Anubis, you can monitor from it and mix the DAW signal with the source signal.

“One mission that we’re focusing on at the moment is orientated towards musicians recording at home, or just doing home production where you have enough I/O counts to do your production without going in the studio,” Ryan shares.

“Then the next mission will be more of a mixing view topology, so it’s more like a mixing control table with a mixing console where you have low latency cues,” he says, adding that in the last few days he has received a lot of queries about using Anubis for mastering sessions:

“A mastering mission would be different, with different monitoring features because they want to monitor the sides, mids, and then have different behaviour for the monitoring engine,” he explains.

“One of the great features is the mix engine inside that we can control without an iPad, or you can put it on the mic stand and do your mix – so it becomes like a mixing console that can even operate without any network connection if users are wanting to mix the built-in I/O.”

During the lockdown period, some surprising use cases have emerged, in particular in the world of gaming:

“That’s the great thing about Anubis – the potential is so large,” Ryan enthuses. “At a big gaming convention last year we had five of them for networking, because Anubis is also a networking device, but it also has a built-in mixer so the gamers can have their headset and their mixer, and they can monitor their PCs. It’s a really good professional interface for pro-gaming!

“Yesterday somebody wanted to use it for a live, confined performance where there were musicians all around the world in different homes,” he adds.

“They wanted to use an Anubis to plot the system with GPS clocking and have everybody play using a metronome at the same time, and somebody else in another location around the world would mix it. We have such a demand for this at the moment, so have been looking into solutions.” 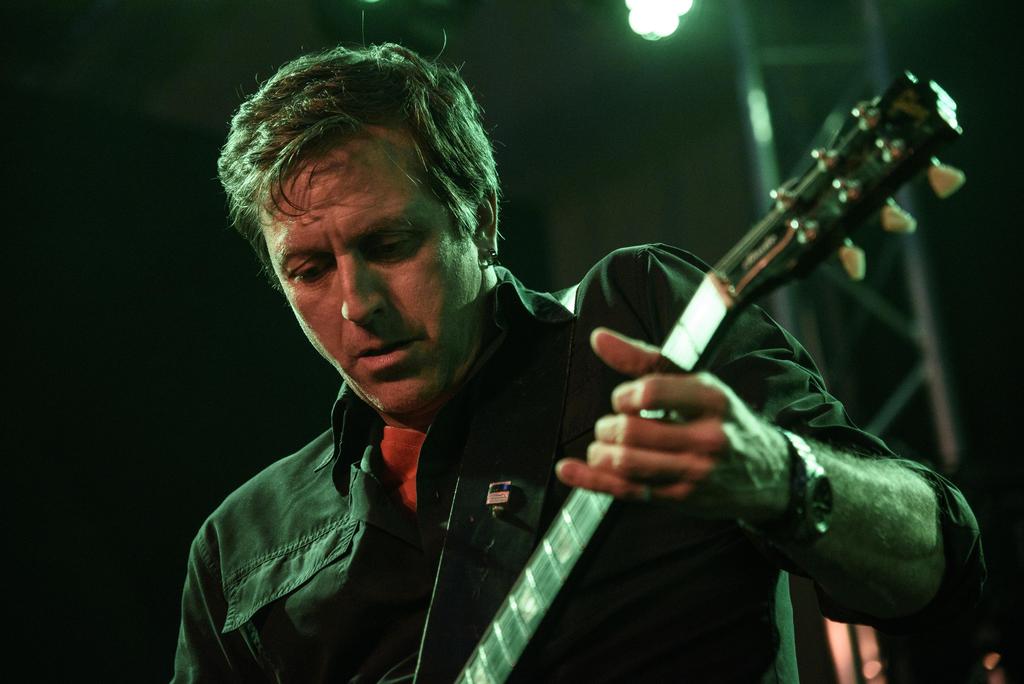 Being an end user and a product specialist, Ryan truly knows how to make the most out of Anubis’ feature set – his favourite feature being the quality of the preamps on board:

“Also, what I really appreciate is the built-in mixer that’s within Anubis. It can be controlled from the Anubis itself, which is something pretty marvellous. When you plug your source directly into Anubis, you can monitor from it and mix the DAW signal with the source signal. This gives you ultra low latency mixing, and the ability to hear how the plugins are affecting the sonics.

“In summary, Anubis is a very versatile product. The entire Merging team has put a lot of effort into making it what it is today, and we are not done yet. It’s still evolving.”

Ryan is currently working on a solo album, and at the time of writing, has just finished a pre-production mix of new song, Sorry To Say, which he recorded using his Anubis.

“When I start a song, often what I do is just have an acoustic guitar, or even my daughter’s classical guitar – because I don’t want to be disturbed by electric effects. I write the song, the basic structure and melody, then I do the drums and put them in my timeline, and then I record the bass through Anubis. Then I record the guitars, the synths, then the vocals – it’s important that the guitar replies to the voice. Everybody has their workflow, and this is mine.

“I have written about 20 songs in the last few months or so – I record a lot of stuff! I really like the idea of putting together a whole body of work, so I will make a selection of songs that have some type of similitude. I have too many songs – that’s the problem! So actually, if anyone out there is in need of a few songs, feel free to get in contact with me!”