“Mike [Ungar] and I always wanted to make a creative environment where creatives could... create!” smiles Loren Toolajian, co-founder at NYC-based post production house, SandBlast Productions. “Ralph [Kelsey] was the same: let’s bring people together to collaborate in creative ways, and see how we can make that collaboration interesting, provocative, and hopefully meaningful. It’s always what we have tried to do.”

Toolajian, along with his co-founders, Mike Ungar, and Ralph Kelsey, run the show at SandBlast; Ben Soifer (assistant engineer), Melanie Reed (operations director), and Sean Canada (chief tech officer and senior mixer), make up the super six, as it were. And they all have extremely key roles.

At the time of writing, for example, SandBlast is in the midst of scoring a 26-episode animation series coming out of China; producing and recording up and coming NJ-based songstress, Stephanie Schulte; and working on a nine-episode podcast series with a couple of renowned playwrights. An eclectic one stop shop, right?

“[smiles] Well, one of the key things is that we listen – not only as audio guys, and as musicians - but we listen to you,” Toolajian enthuses. “Our business is about creative problem solving; we are there to interact at that level.”

Interesting concept, and smart, certainly. At this point, Mike Ungar makes a point that resonates with me.

"Sound matters, and not just to us, but as an emotional component to all the outsets of sound: the music, the overwhelming effects when you watch a movie like Star Wars,” he says. “Imagine watching any movie without sound: be it things blowing up, heartfelt moments, or a car chase scene; there’d be more than a little missing without the audio!

“And molecularly, too: the vibration of sound touches people on a physical, emotional, and spiritual level. It’s a very, very creative business that we have made for ourselves, and I think the point is that it has to be that to be successful, and for us to continue to be profitable. We all have to be engaged with the creative process in a lot
of different ways.”

Each of the three partners are quite exceptional musicians, too: Toolajian is an accomplished pianist; Ungar plays trumpet, and the planetary gongs (worth a Google!); and Kelsey is an established percussionist. Also vital to the company’s success is its roster of top-flight audio post engineers who rotate through the in-house production facilities at two premium cable networks in New York City, for whom SandBlast provides audio post mixing, scheduling, and maintenance. It’s a seriously solid crew. 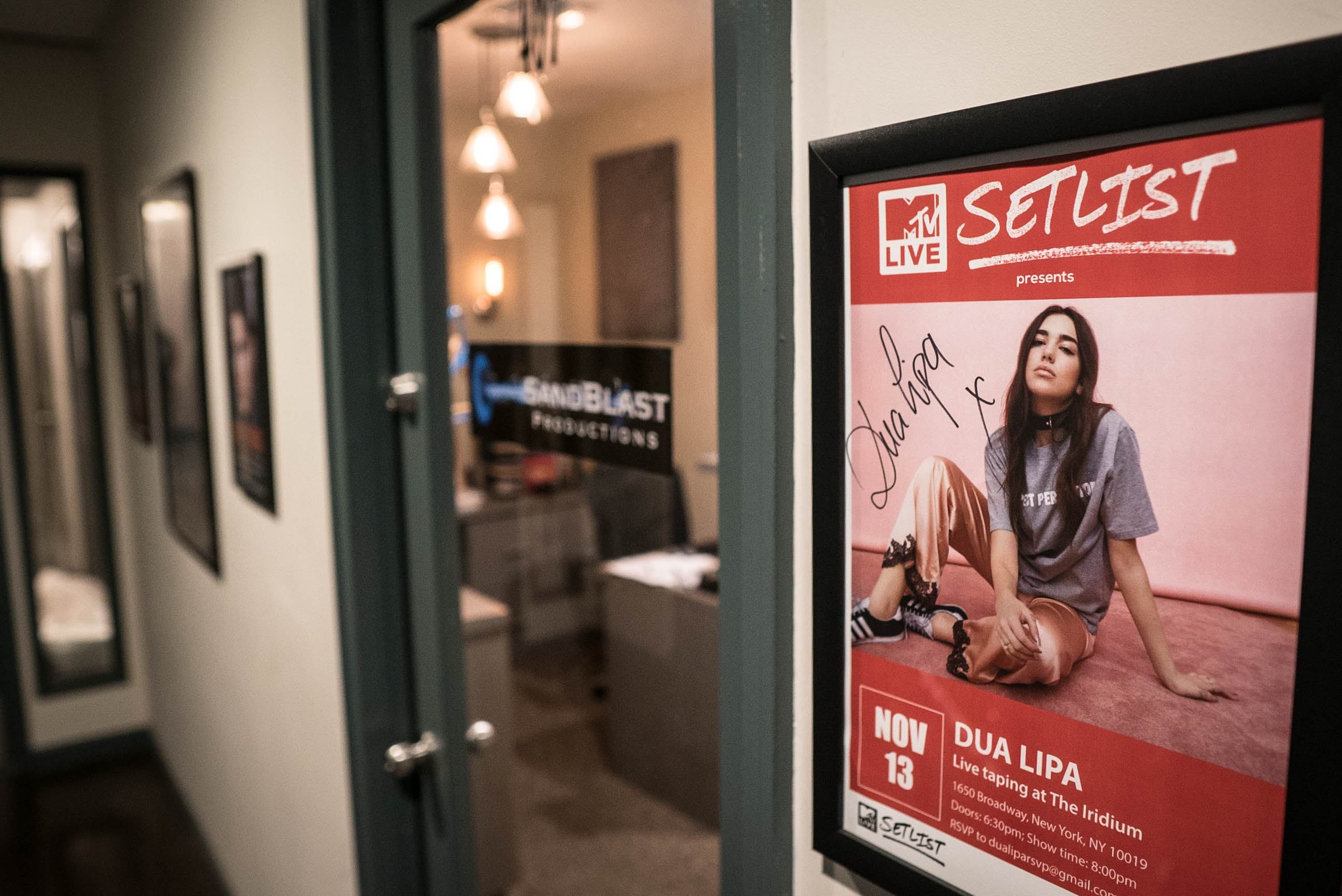 Our business is about creative problem solving; we are there to interact at that level.

Most of the SandBlast gear is in the box these days, so there isn’t any need for nearly as many hardware I/P as the facility used to use - think three interfaces with analogue expansion cards, back in the day. How times change..!

“We generally only need the stock eight analogue ins and outs; when we have a big music date, we switch to the MADI I/O for up to 64 channels at once," explains Sean Canada. "We are wired to the stage of the club downstairs, too, so we can record a rock band, an entire string ensemble, or even a gospel choir. Pretty cool."

Indeed. Mic-wise, a Neumann U87 is a go-to for voiceover, vocals, and even a lot of Foley. but SandBlast also stocks various shotgun mics, ribbons, small-diaphragm condensers, SM57s, 421s, even a vintage Soundelux U95. Because SandBlast’s business model demands flexibility of work time and environment, they are often shuffling projects between studios in the main facility, and their respective home studios.

To ensure seamless transfers, SandBlast needs to maintain identical systems everywhere; as any plugin will require eight or nine licenses, a lot of thought goes into which plugins are needed, and what their value is.

“For sound design and general music creation, we lean pretty heavily on the Komplete Ultimate bundle,” Canada reveals. “They have such a variety of sounds, from traditional orchestral and ethnic instruments, to dark and twisted ambient beds, so we can create almost anything we want.

“Inside Pro Tools, Waves is a critical part of what we do. The L2 and the WLM are basically what keeps the lights on; we couldn’t deliver to broadcast specs without them. The whole Renaissance suite also gives us great-sounding audio tools for all kinds of applications; and the Q-series EQs are like digital surgery; when used with the X-tools, we can fix almost any audio problem.

“The special-FX plugins are perfect for creative sound design, like the SoundShifter Graphic, and the Supertap delays, not to mention all the great modulators; and mastering plugins like C4 and Vitamin also help us quickly and easily dial in the huge sound we look for on so many projects.

“I love the suite of Waves Renaissance plugins: they’re versatile, and easy to use,” adds Toolajian. “The GTR3 Stomps are a favourite, as are the H-Comp delay and compressor. I also refer to the PAZ Analyzer often, to make sure what I think I’m hearing looks right, too!”

Toolajian’s studio rig is pretty simple, but very effective. I ask him to take me through it.

“I am a big fan of the Focusrite Scarlett; I like it because it’s simple, and dependable,” he says. “It’s perfect for me, because I only occasionally need to use a mic, or plug in a guitar; most of the time I’m in the box, either working on music for a boxing promo, sketching out horn parts for a Sesame Street project, or making harmonic changes on the piano for a song we’re producing for an artist. So the Scarlett is ideal; it allows me to quickly get up and playing. I never worry about it.”

A huge part of Toolajian’s composition stems from his many Spitfire Audio libraries.

“They’ve been my go-to for a while. I have a bunch: Albion, Albion ONE, Tundra, Iceni, Loegria, Uist, British Drama Toolkit, Labs, BT Phobos, LCO Strings, Orchestral Swarm, Sacconi String Quartet, Symphonic Strings Evolutions, BML Mural Evolutions, Evo Grid Strings, Evo Grid 3 Strings Motion, and Evo Grid 4 Woodwind,” he says. Is that all?! I ask for a cool example of a big Spitfire project, and he rolls out a belter:

“In 2016, I scored the feature film The Lennon Report, about the day John Lennon died, and what really happened at the hospital. I relied heavily on the Spitfire libraries to create layers of textures that supported the emotions on screen.

“That is, ultimately, what good movie music does - support authentic storytelling - and that’s always what I get from Spitfire. For me, libraries are voices that I sometimes blend together, sometimes let stand on their own, and often, at times, surprise me, so there’s a quality of improvisation present.

“It needs to sound alive, and that’s one of the qualities I enjoy most about the Evo libraries, and the Toolkit: sounds are changing, morphing, breathing, so there’s a ‘now-ness’ that sometimes changes a beat later, and sometimes lasts a bit longer. In the score, I also used real violin, cello, and viola to complement the virtual instruments." 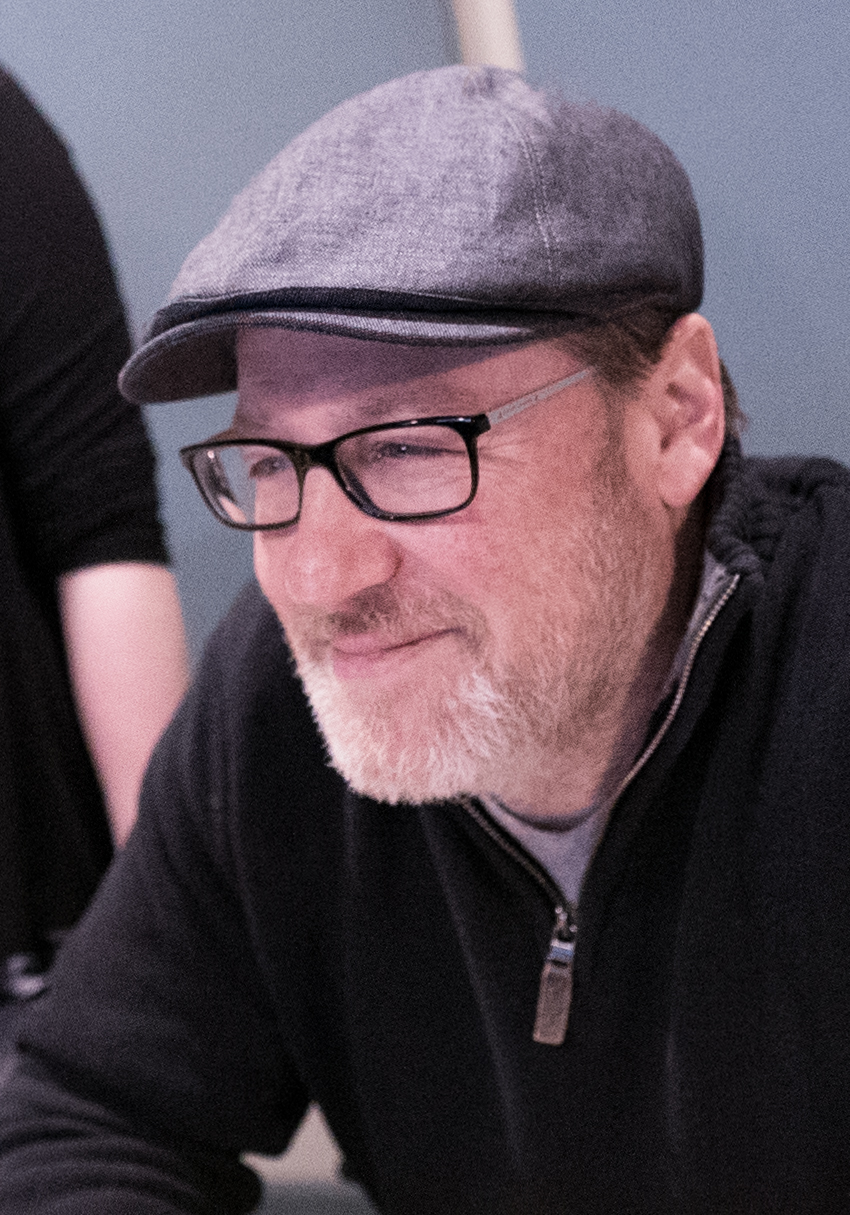 When I scored the feature film 'The Lennon Report', about the day John Lennon died, I relied heavily on the Spitfire libraries to create layers of textures that supported the emotions on screen.

With so many facilities and audio post shops shutting their doors, there is an ethos and intricate level of planning that goes on at Sandblast that gives it such an inspiring edge. I ask the guys to try to summarise it, aware that I may as well be asking ‘how long is a piece of string?’ Here’s what the team had to say:

“First and foremost, it’s about attending to our main and most loyal audio post clients; those who have been with us for many years, and who continue to count on us for our sound expertise. Our most loyal client is one of the primary premium cable entertainment networks; for them, we consulted when they decided to build an in-house facility over 10 years ago, and we offered to help them transition by staffing their three audio post rooms, as well as scheduling and maintaining them. This collaboration continues to this day, and we're so grateful for it.

“We’ve also provided the same kind of service for another NY-based cable network, using a dedicated staff of freelance engineers to rotate between their two audio post rooms, five days a week, to mix everything and anything, ranging from interstitial promos to feature segments.

The second thing SandBlast wanted to do was understand the ongoing trend towards unsupervised mixing:

“Most of our clients are busy people, with multiple responsibilities, so the ideal for them is to send us the assets, tell us what they need, trust us to do it, and then move on to the next item on their check list. When we built our facility six years ago, we accounted for this trend by building a boutique studio with two-and-a-half mixing rooms, and a VO/music booth, to accommodate our clients when they do want to sit in on a mix, but most importantly, we equipped each of our home studios with the same setup as the studio so that, functionally, we’re a six- or seven-room facility with the capacity to operate 24/7. Mike and Ralph have been mixing segments for the ESPY Awards on ESPN for close to 20 years now, and the flexibility to work from either home or the studio has been a total game-changer for them, and for us as a whole.

“Everything we do is built around listening well, and taking care of our clients. With this model, we can do both of those things consistently.”

On the fourth floor of their building, SandBlast not only built its own studio, but took space on either side, as well as further down the hall, so that they could, I quote: ‘create a creative environment for creative people to create!’ [cue lots of laughter]

“We always wanted to have a place that existed as a hub for collective collaboration, so next to us now is Public Square Media, who have been producing content for, and with, legendary journalist, Bill Moyers, for years. Also attached to that space is David Robinson, a principal in Moonshine Media USA - a company that works in all aspects of digital design and production.

“Dave created the concept of Stage2Stream, a platform for capturing, mixing, and streaming live music from the famed Iridium Club in New York City. As a result, over the past four years, SandBlast and Moonshine have collaborated with artists like Dua Lipa, Rob Thomas, Dawes, Cheap Trick, Shawn Mendes, Joe Jackson, Muna, Jennifer Nettles, and Steve Vai.

“Down the hall is another of our collaborators, 3 Beep, a company that offers its foreign clients and partners original scripts and screenplays, creative ‘punch-ups’ of existing scripts, voiceover casting, singing, direction, recording, music and song composition, sound mixing, and deliverables. SandBlast provides many of its audio and mixing needs, plus access to our VO booth.”

So it’s fair to say, then, that to be a successful post audio house in 2018 and beyond - in central Manhattan, at least - you have to not only constantly think outside of the box (yet, ironically, work in it for the most part), but it pays its dues (and some) to build a team that knows each other inside out?

“For sure! You know, it’s all about staying active, curious, and engaged on many fronts simultaneously to make it work,” concludes Toolajian. “At times, that can feel most challenging, but usually it’s fulfilling, and often totally exhilarating.”