The legendary Village Studios has stayed true to its long-time allegiance to Neve technology by installing a Genesys Black GB96 console at its West Los Angeles premises.

This celebrated facility, which over its 52 year history has played host to many of the world’s most famous recording artists, recently converted one of its private production suites into a new studio for T Bone Burnett, Mike Piersante and Zach Dawes. The three will equally share the space for common and solo endeavours, and when they are busy elsewhere the Village will use the room for its commercial clients.

At the heart of this new studio is the Genesys Black console – one of the largest to be installed anywhere in the world. With 64 faders and 48 analogue channel strips, the desk mixes 32 channels of vintage 1084 Neve EQ with 16 channels of contemporary 88R-style 4-band EQ to create a one of a kind console.

Jeff Greenberg, who has owned the Village since the mid-1990s, describes the Genesys Black as the ideal console for today’s world.

“It is a fantastic compromise between old and new ways of recording because it delivers the great analogue sound of Neve, while easily enabling modern hybrid workflows,” he says. “It is also a perfect complement to the Neve consoles we already own, which include our much loved vintage 8048 in Studio A and two Neve 88R consoles with full Mix Recall in Studios B and D.” 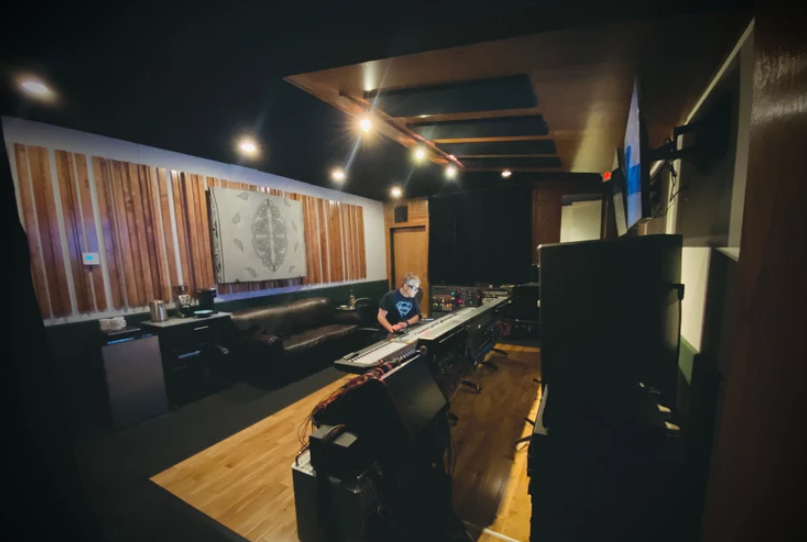 Among the artists who have recorded at the Village are Fleetwood Mac, The Rolling Stones, Pink Floyd, The Doors, Elton John, Diana Ross, Courtney Love, The Smashing Pumpkins, Lady Gaga, Bob Dylan, Dr Dre, Steely Dan and many more.

As well as four main commercial studios, the facility also has a large Auditorium and the Moroccan Room (formerly the old Masonic Meeting Room), which are used as live and concert spaces. Spread throughout the building are various production and writing suites that are occupied by an eclectic mixture of artists, producers and composers who like having their own space within the complex.

As well as its ability to deliver a hybrid workflow, Mike Piersante says the warm, open sound of the Genesys Black was a major selling point.

“The sonics of the analogue path, combined with vintage reissued preamps and EQs, is a feature we all love,” he explains. “This desk delivers a lot of flexibility and gives us options we didn’t have at the studio we co-ran in the past.”

Piersante has added to the equipment list by bringing in a vast array of vintage and modern outboard equipment from the likes of Neve, Manley, Universal Audio, Empirical Labs, Teletronics, Alan Smart, GML, API, Retro Industries, Altec and others. The studio has also been set up to handle Dolby Atmos mixing, with a monitoring system that delivers full immersive audio.

With the desk now installed and the room finally completed, the entire team behind this project are delighted with the end result.

“We are just so excited to add yet another addition to our family of Neve consoles,” says studio manager Tina Morris. “I personally have grown up with Neves from the very first studio I worked at professionally. To be able to put a modern Neve console in our ever expanding and updating studio is just really special to us.”