Ready to capture music, live stream, or podcast content with professional studio tone, Volt interfaces have been designed to add clarity and punch to voice, instruments, and other sources with an analogue compressor based on UA’s iconic 1176.

The first and most compact model in the range – Volt 1 – is designed for singers, songwriters, guitarists, and podcasters who want to create classic-sounding music productions, live streams and podcasts on Mac, PC, iPad, and iPhone. 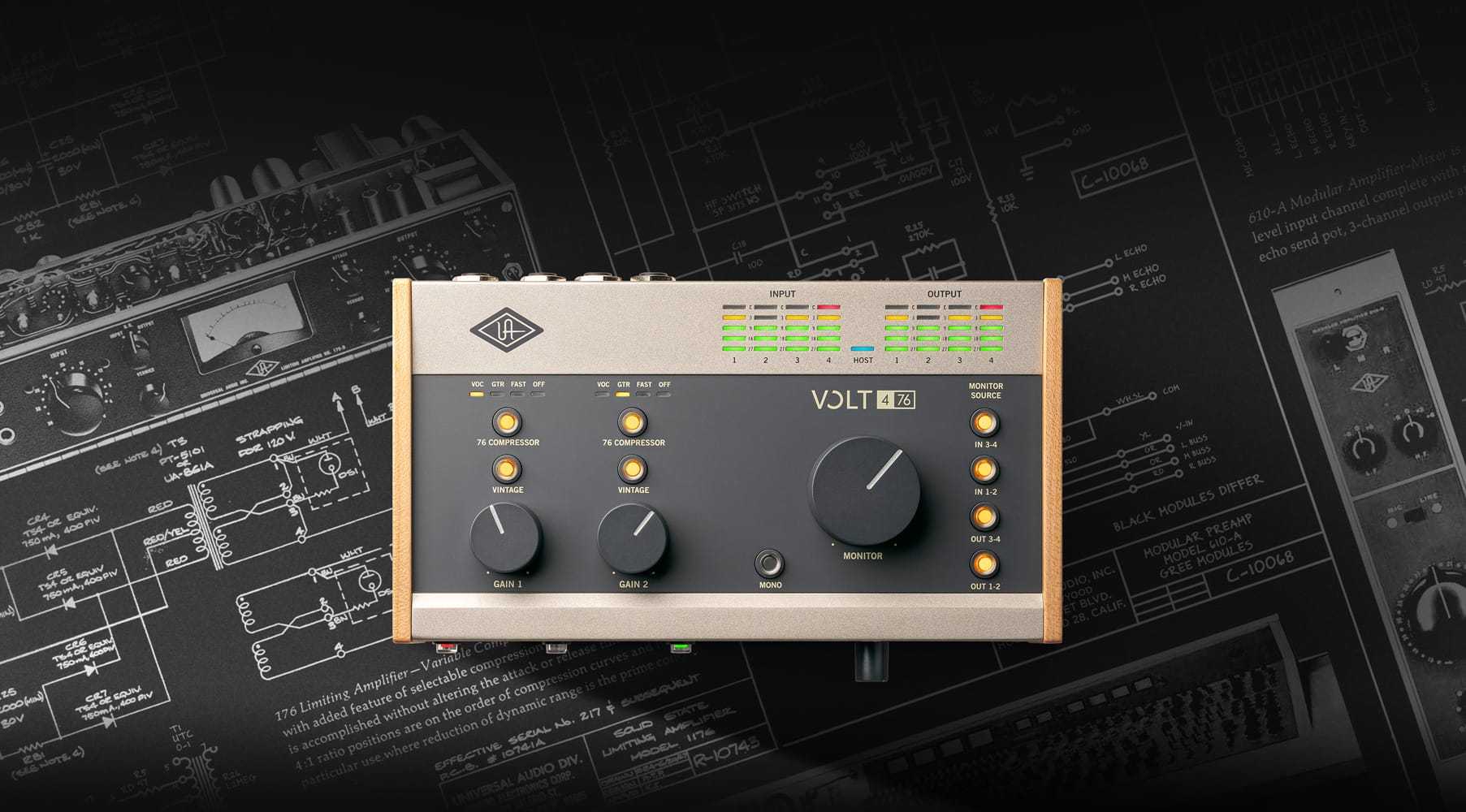 Volt 176 is designed for singers, songwriters, musicians, livestreamers and podcasters who want to easily record audio with big studio tone. The unit’s onboard 76 compressor – an analogue circuit inspired by UA’s classic 1176 limiting amplifier – features three tailored presets to tame voice, guitars, synths and drum machines. Volt 276 has been designed to the same standard, albeit with two-in/two-out connections.

Round back, there’s MIDI I/O and USB-C connectivity. Unlike other UAD interfaces, the Volts don’t have any DSP power of their own to run the suite of UAD plugins you might have heard of before; you’ll still need an Apollo or other UA interface for those needs.

The final model in the range is Volt 476 (pictured), designed for musicians, producers and content creators looking to record larger projects with that same big studio sound. Volt 476 includes four-in/four-out audio connections, as well as a 5VDC power supply.

Other key features include 48V phantom power for condenser microphones, direct monitoring for latency-free recording, one-in/one-out MIDI connections, and a USB-C to USB-A cable in the box.

Volt audio interfaces and Studio Packs – which include Volt 2 or Volt 276, a condenser mic with XLR cable, and closed-back headphones – are available for pre-order from select Universal Audio retailers, with general availability projected for late November 2021.