The year is 2012; the enigmatic Steve Aoki has been designated the highest grossing electronic dance music artist in North America from tours, solidifying his status as the most in-demand live performer on the planet. Widely known for his acrobatic crowd surfing stunts, spraying champagne bottles, and throwing cake at fans, the superstar DJ quickly gained massive support from his peers through relentless touring, supplemented by a monumental work ethic that put him lightyears ahead of the curve. Fast-forward a decade, and Aoki is still living in the future. Having released several Billboard-charting studio albums since his international breakthrough, established several record labels, and fully immersed himself in the world of NFTs, he remains at the forefront of music, technology, and everything in between. Headliner recently spoke to Aoki during his returning residency run at Ibiza’s iconic Amnesia club to discover the next chapter of the saga – his new five-part album, HiROQUEST.

Aoki’s origins in producing DIY records and running underground gigs out of his college room in Isla Vista, CA are a far cry from where he now finds himself. Joining Headliner on a Zoom call from his hotel room in sunny Ibiza – and having held down a residency at the party island’s famous Amnesia venue since 2007 (with the exception of Covid) – it’s obvious that he’s buzzing to be back playing shows again.

As was the case with most when the pandemic first hit, the bus tour supporting Aoki’s 2020 album Neon Future IV was canceled mid-run. During that fateful summer, he realised just how adaptable he is as a music artist, and as a human:

“I learned to enjoy not touring, being at home and finding new practices and new ways to get inspired,” Aoki recalls. “I really got into mindfulness, which led me to experimenting with different kinds of music at different frequencies, like for meditation. I also got into making music for NFTs, and thinking about how I can make music for film and TV, not just for club shows and festival grounds. It was an interesting time, and I definitely took advantage of it for sure.” 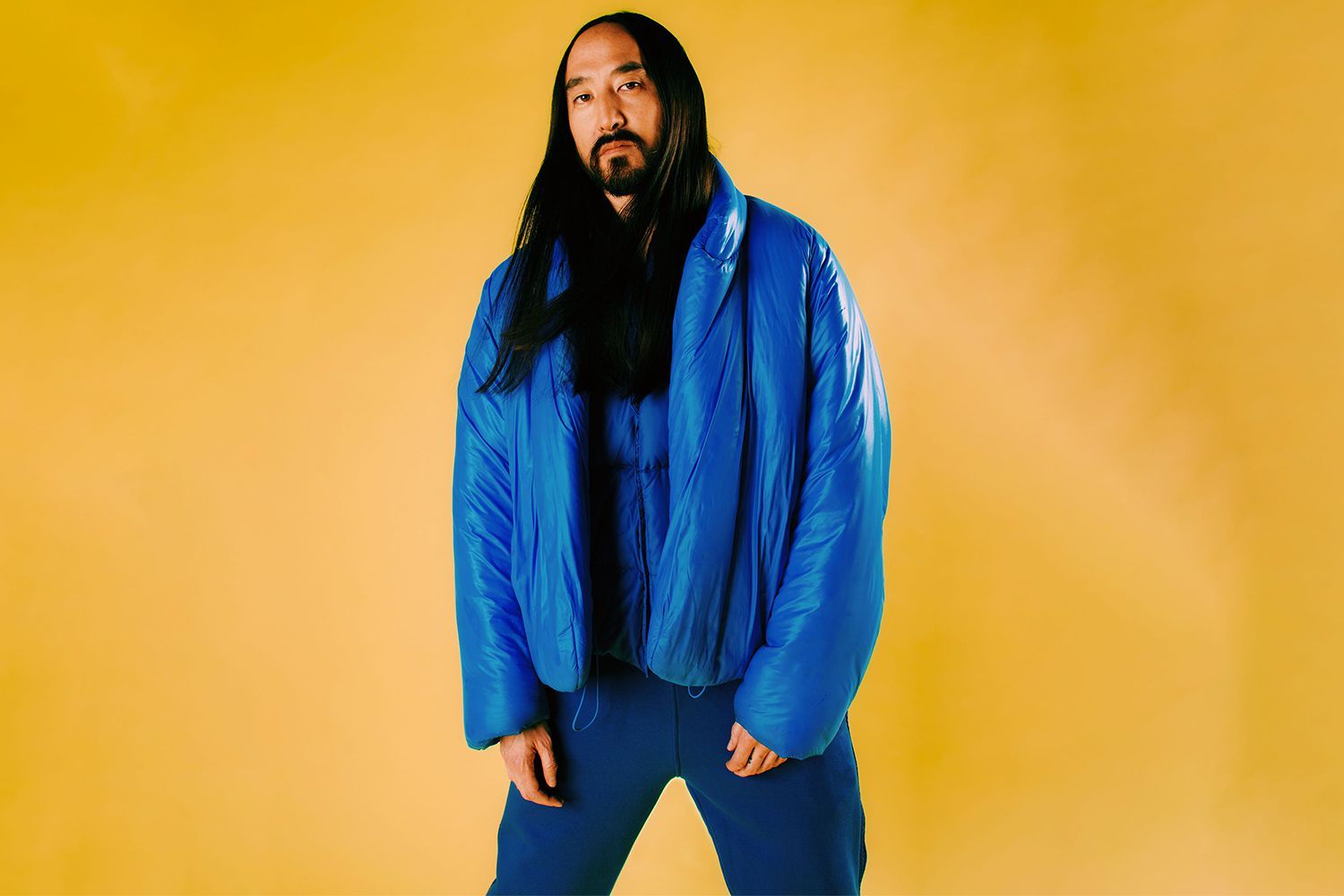 Picking up the guitar again, Aoki found himself “jamming differently” with more organic instrumentation, a motive which he says birthed the seeds of his new album HiROQUEST, the first part of which was released on September 16.

“HiROQUEST is a lot more guitar-driven themed music,” he says. “I start by building a melody or a hook, and then work with a songwriter to develop that and bring in musicians to play it better. Essentially, HiROQUEST was born in the silo of my house, whereas the Neon Future series was constantly being triggered and inspired by my surroundings as I traveled the world; I would pull in different pieces that would end up forming the whole story of the album.

“There’s more songs than bangers on this one, and as much as I like going back to my roots of playing in a band with live instruments, I still am very much involved in all these different worlds that I’ve been building, especially the Latin world. My relationship with Latin artists is pretty healthy so I have a few of those songs on the album, along with a strong amount of alternative and pop tracks. Of course, I then have my core EDM records like Whole Again, which is a big summer EDM anthem, and my song with Timmy Trumpet, The Whistle, which is a festival slammer.”

I’M LIKE THE CHEF IN THE BACK COOKING AWAY, BUT I ALSO LIKE GOING OUT AND GREETING CUSTOMERS AND WATCHING THEIR FACES AS THEY EAT MY FOOD, THAT I’VE PUT MY HEART AND SOUL INTO.

HiROQUEST, encompassing a range of genres and impressive artist features, will be split into five chapters, the first being HiROQUEST: Genesis. Aoki’s vision for the album goes far beyond a simple body of musical work however, as he explains:

“The way I look at HiROQUEST is basically opening this whole new world that I created with MetaZoo Games. It’s a TCG company, and they’re experts in developing a world of characters. During Covid I really got into collectibles, especially things like Pokémon, and I ended up co-founding and co-owning this whole world called MetaZoo. We’re building this world of animation, TV shows, video games, and more through limited edition collectible trading cards and HiROQUEST CDs – an extension of the MetaZoo universe.

“HiROQUEST has its own characters that live in this world, called Future Cryptids. It’s based in the future, and there are five different factions that will be introduced in Genesis. They’re named uniquely on the album, but they’re basically robots, zombies, aliens, hybrid mutants, and AI. Under each of these factions are what I call Melodias, which are songs that represent each faction.”

Merging physical music with virtual worlds seamlessly is a prospect that has, unsurprisingly, never been done before due to the various complications that come with such a task. With HiROQUEST and MetaZoo, Aoki is combining both into a colorful, dynamic multi-layered story arc, for example using specific songs as attack powers to integrate them with each character. Making an album is one thing, but creating an entirely new IP is certainly another: “I’m trying to connect the dots here in a much bigger way than just myself or the music,” he adds. 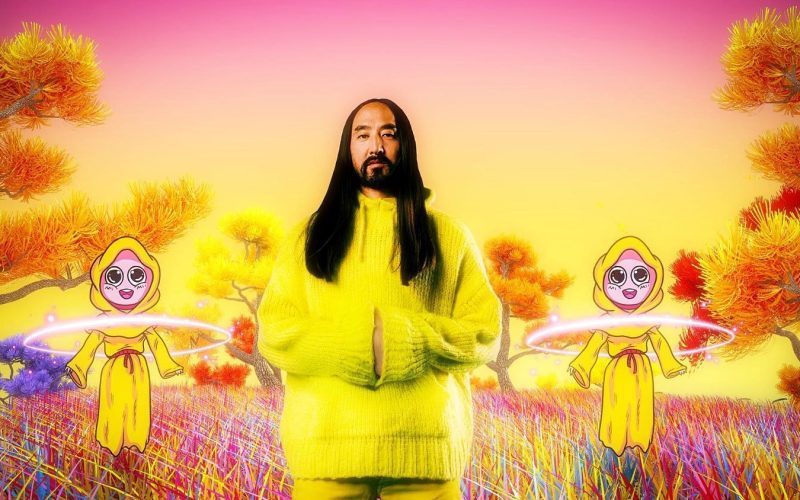 “You can’t stop technology, and the ways in which we communicate. Everyone wants to have IRL [‘in real life’ for you non-millennials], but we all need to have a digital footprint of ourselves. It’s just part of our identity. Having a blue check next to an Instagram name is such a big flex to someone that they’re willing to pay an exorbitant amount of money for that, and it has zero value – you can’t resell it. With Web3 [a new iteration of the internet which incorporates decentralisation, blockchain tech, and token-based economics], everything in that space has a value, and you can sell it. That’s the major difference.”

Digressing slightly from virtual worlds, Headliner is curious to find out Aoki’s approach to making music has evolved throughout his storied career:

“My approach changes from track to track,” he responds following a brief pause for thought. “Most songs I make are collaborations. I’ve done a few solo records, mostly through labels that I’ve started like A Good One, which is all house music. Recently I sampled the voice of my long-time manager Michael Theanne – who passed away in 2020 – on a track. With these passion projects, I don’t care about the streams or online success; I do it just so I can play these records out because they’re not for scalable consumption.

“When I’m thinking about my album, or a big single, I’ll usually bring in a team of songwriters, musicians, producers, and a feature that fits the bill. So it’s very much a team effort, but usually, it always starts in the studio.” 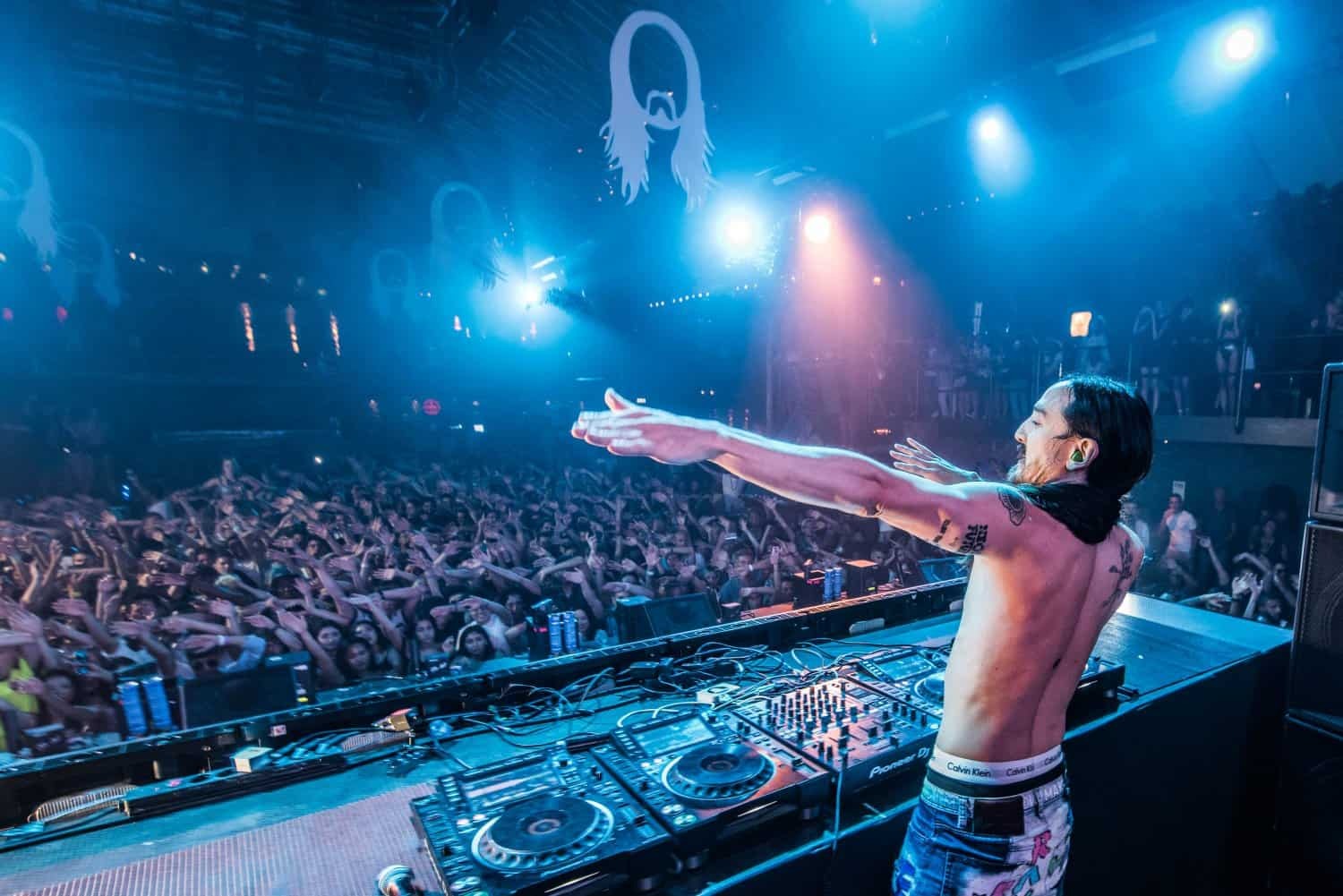 Aoki’s personal studio space – known affectionately as Aoki’s Playhouse, or the Neon Future Cave – is a feast for the senses. Echoing vibes of an alien spaceship rather than that of a traditional recording studio, Aoki has welcomed more than a few “legendary” sessions through the doors of the Nevada-based facility since he built it in 2015.

“When I created the Neon Future Cave, I was working with a lot more rappers on the road to my 2017 hip-hop album Kolony,” he recalls. “I was in Atlanta a lot, and in my small studio in L.A – I did a week-long session with Lil Uzi Vert there and we made a tonne of records. I don’t smoke weed, but I was just getting hot-boxed in there [laughs], so when I built my studio, I wanted to make it a big room for big groups. I wanted it to be bright, and I wanted it to feel like the energy never leaves the room, which a lot of the artists I work with like. Vin Diesel came by and we made some songs, which was interesting. He likes a moody vibe, so we lit a bunch of candles and got him into this emotional headspace for him to turn out some vocals. He can actually sing pretty good!”

With regards to the Neon Future Cave’s setup, Aoki is using Ocean Way powered studio monitors along with a set of gargantuan club style speakers for playback. For cutting vocals, he swears by Sony’s famed C800G microphone, and is a fan of adding tone to a wide range of vocal performances with the Neve 1073’s EQ and high pass filter and compressing with the UA 1176.

“I’ve got this Roland synth setup which is great for jamming, and helps me come up with ideas and rhythms for my solo projects,” Aoki adds. “Sometimes it’s way more intuitive to be able to create music that way than painting MIDI in the box. I’ve always used some of the most basic plugins like Serum and Sylenth; for me, the simpler the melody, the more likely it’s going to hit and have that scalable factor.” 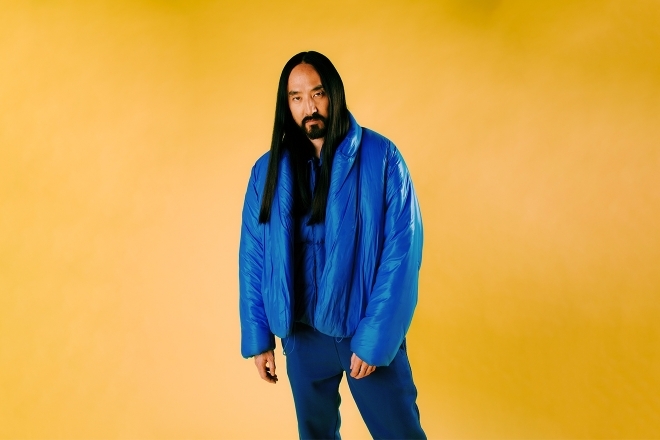 It’s incredible to think that now that the live music world has made its return, Aoki is back to playing at least five shows a week – often racking up 25 shows in a single month. And as intense as that sounds, it’s clear to Headliner that he is a performer that takes it all in his stride. His true passion, as he has become famous for, lies in putting on the most bombastic parties for as many dance music fans as possible:

“If I was playing by myself, I’d probably get burnt out, but it’s not about me – I am just a vessel,” he says. “The selfish joy that I get is seeing how the music connects with people. Producers are like chefs; they often don’t get to see directly how their music has affected others. I’m like the chef in the back cooking away, but I also like going out and greeting customers and watching their faces as they eat my food, that I’ve put my heart and soul into.

“Sometimes there’s someone in the crowd who’s heard a song that took them out of a bad situation, or brought them to a higher level of consciousness. Once we establish that connection, it’s literally the most powerful way to receive and send love without even speaking a single word. It’s very powerful, and I truly look for that. It doesn’t matter what language they’re speaking or what culture they’re from – that’s the beautiful thing about music. It’s the language that connects the world.

HiROQUEST: Genesis by Steve Aoki is out now.

Listen to the full interview on Headliner Radio, here: