Broadcasting legend, BBC Radio 6 Music presenter Steve Lamacq, speaks to Headliner about the upcoming Independent Venue Week and why 2023 is set to be the most challenging year the live indie sector has ever faced.

To mark the 10th anniversary of Independent Venue Week, Lamacq will be taking his 6 Music tour bus on a UK-wide tour of independent venues for a series of special shows, broadcasting from 4pm-7pm every day from Monday, January 30 to Friday, February 3. The tour kicks off on Monday at Ramsgate Music Hall with a performance by Sprints, followed by a set from Grove at the Hare and Hounds in Birmingham on Tuesday. On Wednesday, Young Fathers will be taking the stage at the Norwich Arts Centre, with The Murder Capital performing at KU Stockton on Thursday. On Friday, Suede will be bringing the tour to a close with an intimate performance at Stereo in Glasgow. All of the artists will join Lamacq in conversation at each of these venues.

Samantha Moy, head of BBC Radio 6 Music, said of the tour: “So many of 6 Music’s favourite emerging and established artists started out performing in small independent venues across the UK. In a post-pandemic music industry, it’s never been more important to support these venues and showcase the vital role and space they provide for musicians and fans alike. I’m incredibly proud that Lammo is on the road for a week, across the UK, shining a light on such an integral part of our music eco-system.”

To find out more, Headliner sat down with Lamacq for a chat about 10 years of Independent Venue Week, the state of the sector, and his personal connection to the grassroots circuit.

For those unaware, what is Independent Venue Week and how did it come about?

The initial thought behind it is that one of the most challenging and crucial parts of the year is that period just after Christmas, where there are less artists touring and less money in people’s pockets. So it’s hard for anyone in hospitality to make much money, but particularly for live music venues. A lot of tours don’t really start until February or March, so the idea was to create an event that got people out to their local venues at the start of the year. That’s how it was born. It was very small when it first started, but now there are over 300 venues taking part, gigs taking place all over the country, so there is a lot to see, whether it’s stuff you might know or just popping to your local venue to check out something new.

Tell us about what you will you be doing to mark the event?

We have set up five gigs once again. Last year we staged five gigs but could only go to one of them, so we had to cover the tour from base camp in London. But this time we are out on the road, and we will be travelling around the country in our 6 Music Tea Time Tour Bus, which we will be working and sleeping on. We’ve built a little studio on the bus so we can do the show from there wherever we are parked for the show that night. We are starting at the Music Hall in Ramsgate, and I know that there is a massive car park just by it, so I imagine our bus will be parked by the recycling bins in the car park, and that is just the first of many glamourous locations we’ll be brining you the show from! 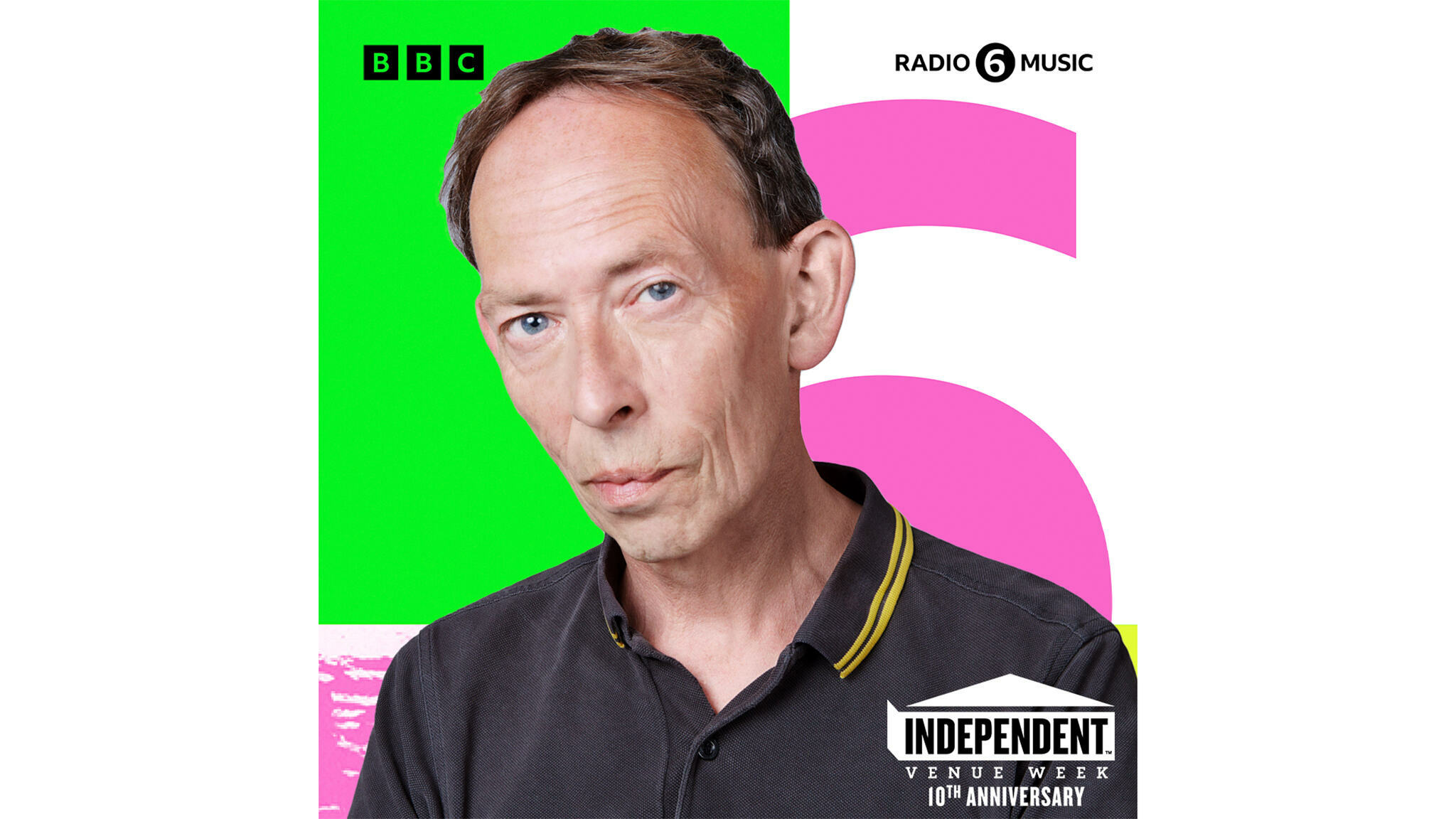 We could be facing a wave of closures around the country if we don't act. Steve Lamacq, 6 Music

Are there any performances you are particularly excited about this year?

They are all good in different ways. Every room and every gig is different. Starting off with Sprints, they are a great incendiary guitar band and it’ll be in a 100-capacity venue, so it’ll be crazy and loud and exciting. Then there is Grove at the Hare and Hounds in Birmingham which I haven’t been to before and that’ll be really interesting, and Young Fathers are playing at Norwich Arts Centre, which I haven’t been to for many a year. They chose that venue because they said it was one of the best atmospheres of any gig they’ve ever done. Then there is The Murder Capital, and Suede at Stereo in Glasgow, where the tickets sold out in three minutes I believe. Suede have done this a couple of times in the run up to their latest album Autofiction, where they’ve played in front of smaller audiences in tiny rooms. That excitement of playing in venues of less than 500 people never leaves a band, and Suede jumped at the chance to do this. It brings them back to their roots and there is a different type of adrenaline playing in front of 300 people as opposed to 3,000.

How much of a staple has Independent Venue Week become for the sector?

It’s obviously something that venues can rely on, and it’s also something the rest of the industry are writing it into some of their plans. This year, in addition to the tour, there are other artists doing a short run of gigs around the week, as they would like to support the venues. But for the venues it’s a peg to try and hang some publicity around. One thing that venues have to think about all the time is bringing in new audiences, and this a way of saying come and check out this thing at your local venue. It just generates a bit more excitement around them. And this year is going to be harder than ever for selling tickets, through the year not just the start. It’s going to be hard for venues to deal with energy bills and increased rates, so it’s really important to give them a good start and attract as many people out as possible.

Tell us about some of your earliest experiences of independent venues, and how pivotal they were in igniting your passion for music and the career you would go on to have in music?

They were everything, When I was living at home I used to regularly go to the YMCA in Chelmsford and the Arts Centre in Colchester. Then, moving to Harlow for college, there was the Square, which I still maintain helped define me as a person; it didn’t just inform me about music, it was a great place to run a fanzine from, there was loads of people to talk to, loads of energy and ideas. And I learned loads about politics, literature, film, all just from the people and local artists who would hang around there. It was just a great creative environment, and it helped shape how I look at not just music but people. It was fantastic and I wouldn’t be who I am had it not been for The Square in Harlow.

And it wasn’t just bands that went through there to have a measure of success, it was the people who worked there. With every grassroots venue comes the opportunity for people to learn how to do sound mixing, lights, all sorts of things. There is so much that came through. And what happens when it’s gone? People have tried to keep the spirit of the place alive, but you need a building for people to congregate, and it’s really sad that artists who want to go back and play there can’t. 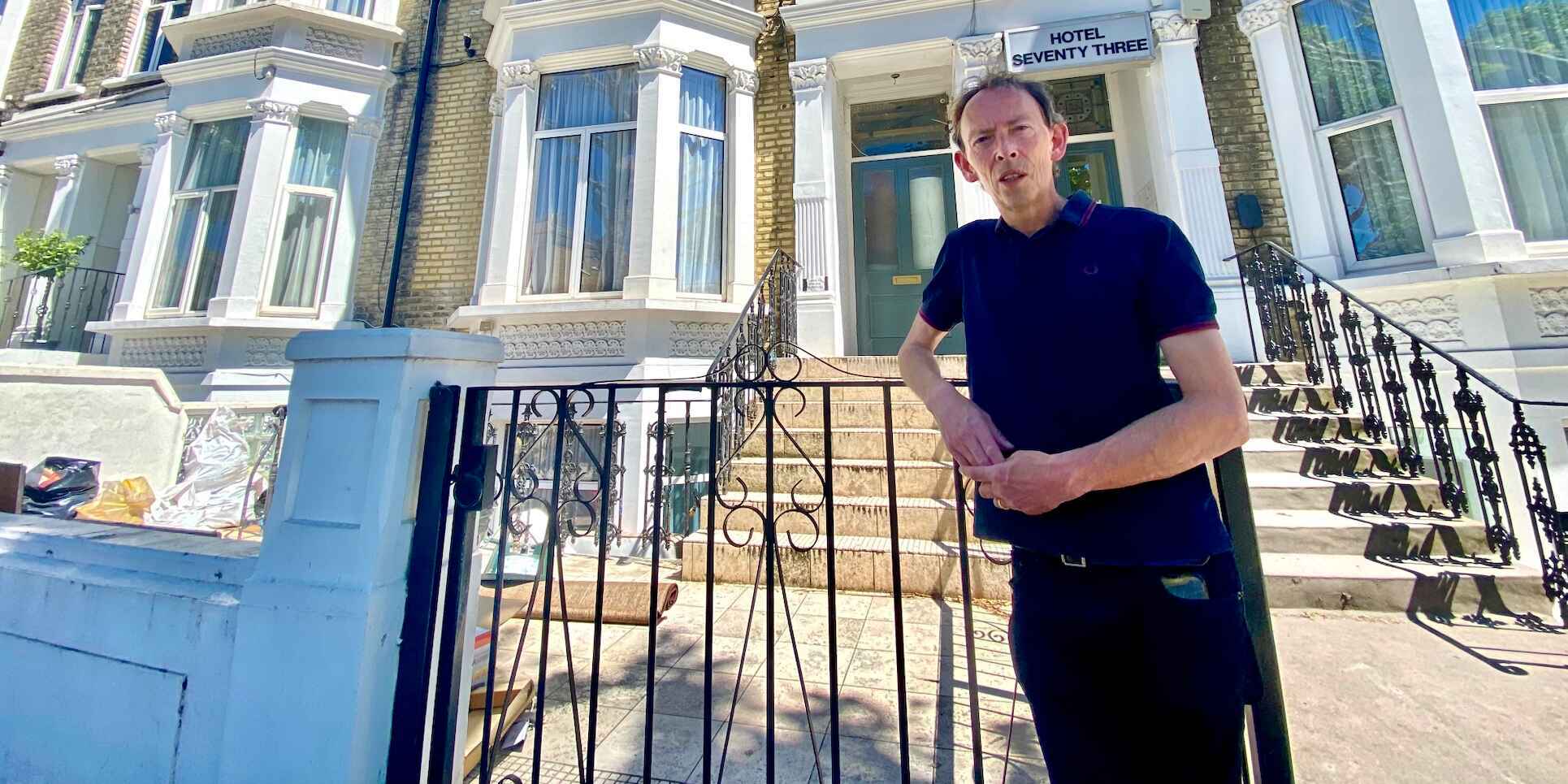 Has the importance of these venues still not fully registered with the upper echelons of the music industry?

I don’t know whether it is going to take someone to blink first. On the one hand, I think they know where these artists come from, but no one at this stage has put two and two together and thought, if all these venues shut then what happens next? And that’s not just the record labels - where do the big live promoters get their next wave of talent from? You can’t go from the rehearsal room to the O2. It’s a question of can you persuade people to let go of some of their profits for the long-term good of everyone? I always say, tongue in cheek, that we should have a system where any artist who has toured the grassroots venues, as soon as they get to the O2 or a Wembley Arena, 50p of their profits from that show go into a central fund to help out the venues that helped launch their career. It wouldn’t even need to be a huge amount of money. Some of these venues could easily get through this year with something like £10,000. The industry needs a wakeup call. Of course, I sincerely hope this doesn’t happen, but if 10 venues were to shut in the next month then that’s a wakeup call for the people at the top of the industry to go, oh, this really is a problem’. And it’ll persuade them to get involved before doors start closing all over the country.

Is 2023 going to be make or break for a lot of these venues?

Yes, absolutely. We thought that Covid and the lockdowns would be bad, and I was worried at that point, but there was some money coming through from some arts funds and the government support scheme. Through that I think we lost four or five venues. That has made some people think the live circuit is indestructible – if it can survive Covid it can survive anything. But that was nought compared to where we are now. The energy price increase is incredible. The Music Venue Trust is saying there is something like a 300% rise in energy costs for independent venues, and because of the cost of living, people are buying fewer tickets… I think a lot of places will close if we don’t get involved. And I hate to say it, but we could be facing a wave of closures around the country that may never open again. And we’ll have the hollowing out of town centres, because if a venue does close it won’t be possible for them to get back in there. And that takes away the heart and soul of a town.

I don’t want to sound too negative, as I think we can do something about this, but it’s really important we make people aware. This is the worst time for live music at this level that I have ever known. If we can excite people and artist have a great time playing these gigs, then let’s hope that it’s the start of the fight back.