As Nirvana’s 1991 breakthrough masterpiece Nevermind celebrates its 30th anniversary, Headliner speaks to legendary broadcaster Steve Lamacq about his personal experiences with the band and what marked them out as one of the world’s most influential rock acts.

Having interviewed Kurt Cobain in London ahead of the release of Nevermind back in 1991, Lamacq, who was writing for the NME at the time, sensed immediately that Nirvana’s ambition was not simply to repeat the formula that spawned their debut 1989 record Bleach, an undoubted underground hit but one that never threatened to boil over into the mainstream.

With an unabashed passion for melody and dynamics not typically heard within the punk rock scene they had emerged from, their next record was always going to be a more accessible, expansive affair, albeit infused with the same bristling intensity and frustration that fuelled their earlier work.

What he, nor anyone could have sensed, was the fact that Nevermind would go on to be not just one of the most successful and influential rock records of the decade, but one that would continue to inform the genre’s landscape for many more decades to come.

Here, in a new interview with Headliner to discuss the album’s 30th anniversary, Lamacq reflects on how Nirvana broke out of the US punk rock underground, explains how that iconic black and white image of Cobain came about and ponders the role of radio today in breaking new talent…

When did you hear Nirvana for the first time?

I was sent a cassette that had Sliver on it, which was the last single they released before they signed to Geffen. It had about three or four very rough demos of songs that would end up on Nevermind. I remember there was a quite distorted version of Polly. These songs were an obvious progression from the Bleach album and gave a hint of what they they wanted to pull off, which was taking American punk rock and some of the British influences they had accrued along the way and taking this fierce, intense frustrated, rebellious feeling of punk and giving it a sense of melody.

They were over here for a run of about four dates just before Sliver came out, so we sorted out an interview. I went to a hotel in Shepherds Bush and met Martin Goodacre, the photographer, and it was this standard B&B they were staying in.

We were told the number of their room and Krist opened the door and there they were. Three beds, all sleeping in the same room. Krist did virtually the entire interview under the bed covers because, as he said, “I’ve caught one of your British colds”.

Dave, who was the relative new boy, was just busying himself tidying up the room, putting stuff in a bin liner full of their socks and pants, and I sat on Kurt’s bed to do the interview. It lasted about half an hour and it was that that really convinced me of where they were going.

They didn’t understand why you couldn’t be a punk rock band in spirit but have melodies like the Beatles or REM. They wanted to do something different and to hell with what the underground thought of it. They wanted to make big, expansive music with an emotional edge.

We finished the interview and Martin had to take more photos. We came out and it was a freezing cold day. There was a playground with a climbing frame, and Martin was desperate to get some individual shots. He did Krist, then Dave and then wanted a solo shot of Kurt, who by this point had almost lost the will to live, and had just plonked himself on the bottom rung of this climbing frame.

I remember Martin standing over him saying “come on, just look up” and he wouldn’t. This happened a few times and then Martin said, “if I promise you this is the last photograph I’m going to take today, will you look up”? And Kurt looked up at him with that big, doe-eyed expression, Martin clicked, and that is the iconic photo that ended up being up on the front of all the magazines when he died. It was that moment in time. At that point we left, and we really did feel there was something special here.

What was your impression of them at that point? Did you feel the ambition from them to go on to make a record like Nevermind?

What they wanted to do musically was stretch themselves and really move people. But I never at any point got the impression that they wanted to be famous or be the biggest band in the world. If anything, they underplayed themselves as people. There was no inkling. I don’t think they’d thought about what would happen with the record, they just wanted to make the best record they could.

The success that followed must have been unnerving for them. As a gang of people who had lived as outsiders, to then discover that there’s not just a hundred, or a thousand, or a few thousand outsiders who felt the same way, but to find out there were millions… that would fry anyone’s mind.

They didn't understand why you couldn't be punk rock with melodies. Steve Lamacq 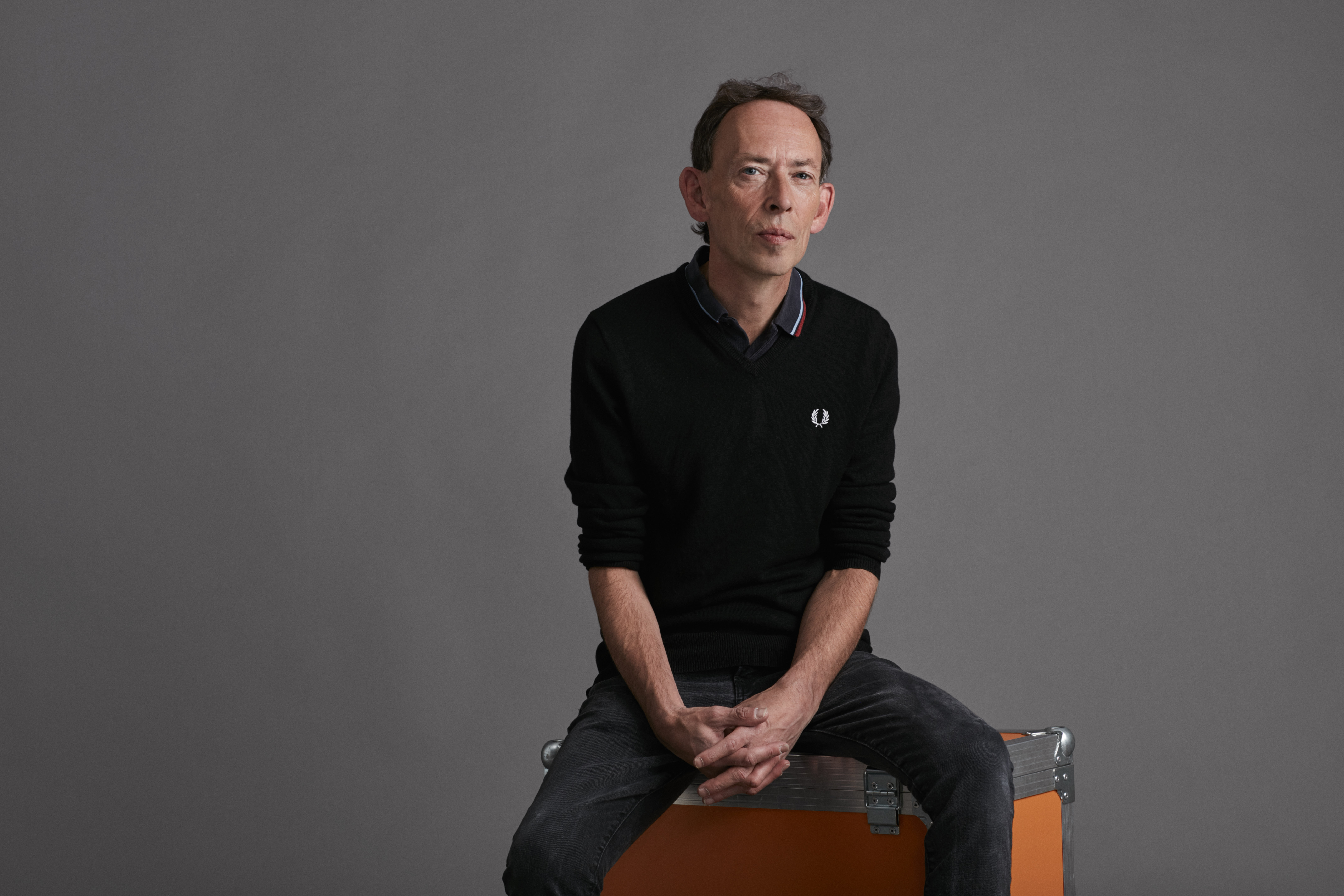 When did you first hear Nevermind?

I received a promo of the album on cassette. And it was a bad time for the album to come out. There is always competition, but it came out in the same week as Screamadelica by Primal Scream and Use Your Illusion by Guns N’ Roses and I think there was a Pixies album, too. I was reviewing Nevermind for the NME and in the four reviews pages the lead albums were Primal Scream, Guns N’ Roses, Pixies and on the final page I was given 400 words and there was a little picture of Nirvana.

I remember the sub editor saying there was about nine inches for the headline, and after about five minutes standing there he said the page had to go because the bike courier had arrived to collect it, so I just said “why don’t you just write ‘Nevermind: The Bollocks’? And that was used as the headline. Fortunately I gave it nine out of 10 and said it would be the rock blueprint for the ‘90s!

What were your thoughts when you first heard the album?

It’s just a brilliant record. It would be great to go back and listen to it for the first time again in the context of what was around at the time. There was nothing outside of Sonic Youth that had that drive and edge. It was so well produced as well, without taking any of the power away.

It wasn’t as scorchingly raw as Bleach but it sounded like a big rock record, but also a tender one. It just sounded great and was unlike anything else around. The closest thing to it in spirit was probably something like Goo by Sonic Youth.

What did you make of them as a live act?

I remember they did the Kilburn National, and by this point they’re beginning to take off. Dave was well embedded into the band now and they were just jaw-dropping. This was something else, just the noise around the room. It was brilliant.

Did it feel like overnight success for them? Or with hindsight was it something that took a little longer to really take off?

Yes, it did happen very quickly. They’d been around for a while and had made Bleach and toured the UK before. Then Sliver came out which is a great little single, but it didn’t change the world, and then the cassettes of Nevermind started going round.

And when they performed on The Word, that was when it started moving very quickly to another level. People just couldn’t get into gigs to see them and within months everyone was talking about them. At the time there wasn’t a huge amount of alternative radio but all the clubs were playing Smells Like Teen Spirit.

How different is the process for bands breaking today? And what role does radio have to play in elevating the profile of artists?

It depends on what genre you’re working in. You can make a career out of social media platforms if you’re a certain type of artist, perhaps something a bit more commercial. Acts that are a bit more accessible and commercial, they didn’t need to pay their dues in a van, but then they never did.

The difference between then and now… with someone like Nirvana, they had done so much work before it really happened. And everything was ready for them. They’d made their first album, where they made their mistakes, they got the line-up sorted, so there is a difference between what happened with them then and a brand new band.

Some new artists throw themselves at radio too early. People who give me demos at gigs will tell me they formed nine months ago and here are some songs they recorded in their dad’s cellar. And I always say to them, “before you give this to me, do you think when you do your next demo in a few months’ time it’ll be much better”? They say “yeah it’ll be loads better!” So, I’m like, “well take that back then and come back in a few months”. I don’t want to listen to the rubbish one! I admire their confidence but don’t blow it with a rubbish demo.

But radio can still be really, really integral for a lot of artists. Take a band like Idles. They had been playing for a long time and had some line-up changes, and they had just finished making their first album when I started playing them on 6 Music. That was really important for them. You have to be a good band of course, but we help introduce you to the right audience.

You can listen to our full interview with Lamacq in full below, where he also discusses Nirvana post-Nevermind, today’s industry and the vital role of grassroots venues.