The return of live events has been exciting for US production company Soundworks of Virginia for a couple of key reasons. One being the opportunity to get back to the business of putting on stellar shows, the other being the brand new Martin Audio system it has been itching to blow audiences away with. Owner, Steve Payne, president and chief engineer, Grant Howard, and system tech, Bryan Hargrave, speak to Headliner about the return of live shows and its partnerships with the UK pro audio specialist…

How encouraged have you been by the return of live events?

GH: I’m very optimistic. Seeing how things have progressed since around April 2021 when people were very tentative about having events. Folks started doing more and more and we got busier and busier, so if we can keep on that track, I think we’re heading in the right direction.

What have been some of the key shows you’ve worked on during this time?

GH: The first things that started were local concert series. For the most part it’s been music, but we do have some clients where it’s more spoken word things, like college graduations. We did the Richmond Folk Festival with a few stages and that seemed to go well. It’s kind of been the norm, but just not as much of the norm!

Have you seen an increase in things like regional tours during this time?

GH: The weekly concert series we’ve done used to have more international and national acts, but to get the ball rolling there have been more local and regional acts. That was beneficial because we got to have shows again and the local acts got to perform in a big environment. That’s certainly how people have been approaching it here.

SP: The Richmond Folk Festival historically hosts international artists across seven stages, with crowds reaching almost a quarter of a million over three days. This year, we didn’t have any international, so we’re really grateful the organisers stuck their necks out and went ahead anyway. The crowds, of course, weren’t quite as large, but they were really happy with the turnout.

Have you been encouraged by the way the industry has continued to make live music happen despite the challenges so many have faced?

SP: Absolutely. We knew the desire was always there because we were all personally feeling it. We were in no doubt that as soon as it became safe to do so, people were going to come out en masse. There has been a huge desire to hear live music, get together and socialize. 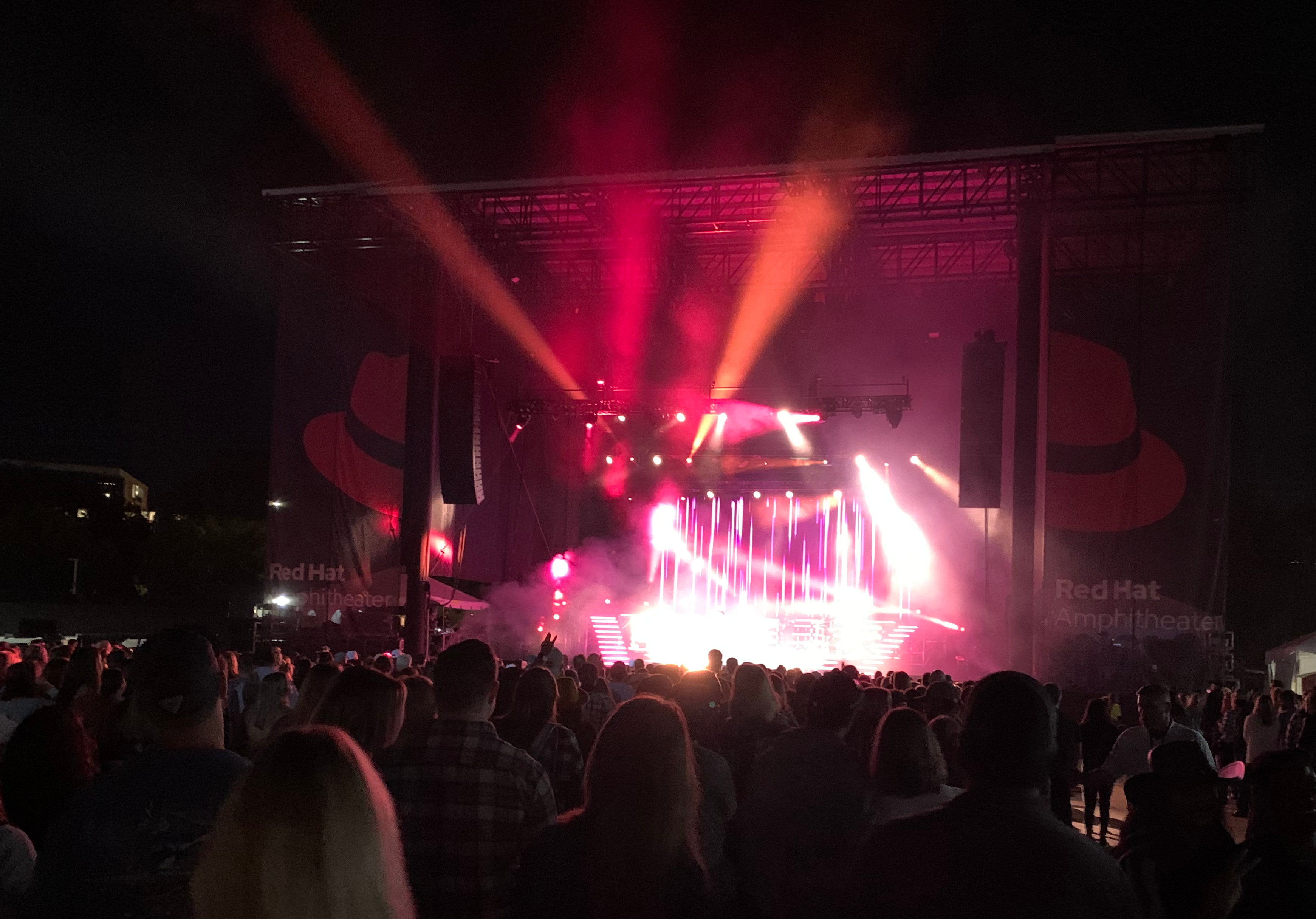 It was a no-brainer to commit to Martin Audio. Steve Payne, owner Soundworks of Virginia

What does it look like to be working on a show now? How has the job of running a show behind the scenes changed?

BH: At first it was pretty rough, especially our first show, which was in September 2020. It was a billion degrees and you’re wearing a cloth face mask… And there were days where you would have to travel with a lighting guy in a truck going to some venue a couple of hours away, you do an all-day show and by the time you get back you’ve spent 18 hours in a mask with the backs of your ears feeling like they’re bleeding! But once the vaccination started to take hold, things started to feel pretty normal.

There have been different events where you may have to take a test the morning of load-in or you had to be vaccinated to work the show. Sometimes you see a band come through and you know they are high risk because they’re moving from city-to-city, so that’ll require masks, and that’s fine. It’s just part of getting back to work and that’s the most important thing. We talk about the joy of going to concerts but for the crew and the bands it’s really the joy of making money again after living through a year of not knowing how they’re going to eat. The fact we’re able to make a living again wipes any inconvenience off the map.

Tell us about your partnership with Martin Audio.

SP: We’ve been around since 1976 and we had a 30-year-plus relationship with another British manufacturer, which a few years ago took a bit of a left turn. So, we had to make a decision and we were auditioning speakers. We were ready to pull the trigger on a particular brand, and I talked to Brad Stevens who is a friend of mine who used to work for Turbosound. We hadn’t approached Martin yet because they didn’t have a 12” box and that’s what we were looking for. Brad says, ‘We’ve got one in the pipeline, so I can give you a demo of the 10”, which is just a smaller version of the 12” and you can consider it’. So, we did it and we were sold. I also had a long-standing relationship with Martin Audio MD Dom Harter. We were sold on the product and that relationship made it a no-brainer to commit to Martin Audio.

So, we and Southard Audio, a company we’ve worked hand-in-hand with for years, made a commitment to buy 48 WTL and 24 SXH218s, sight unseen. The first one had not even been made but we put down a six-figure deposit and said ‘We’re onboard’. When they came in, we were not disappointed. It’s a WPC on steroids. It’s a great-sounding box and we used that for a year and knew that we liked the technology, and based on that we invested in WPS and WPC.

What is it about the systems you’ve been using that you like so much?

BH: Not to take away from the technology of another box, but we’d had the same line array for about 10 years - that’s a long time in speaker technology. You wouldn’t use a 10-year old phone, would you? So the fact we were coming out from this 10-year-old box with this WPL… it was bigger, it was better and it just blew our minds. The predictive software is magic. When you use Display for the first time and then you hear this great-sounding box take advantage of that technology, a big lightbulb goes off over your head. People are doing research and developing cool things all the time and we didn’t know about it. So, we’re going into these venues with a current box with software that makes the audience experience uniform throughout the venue. You can give everyone in the audience what they deserve.

GH: And it’s really cool to have a guest engineer come out, do a soundcheck, walk the venue and come back and make no changes. In the old days, they’d walk out and before they get 20ft, come back to make an EQ change. Now, nine times out of 10 they don’t make any changes, and that’s very satisfying.

You can listen to an extended version of this interview below: