The complex features rehearsal rooms, on-site recording, and music video production in a large, green-screen-equipped room. Facilities manager T. Perry Bowers wanted to increase access for local bands and artists who lacked the budget to book a rehearsal space of their own, so he created the Band Share program, in which bands pay for one or two nights per week in a room equipped with a drum kit, backline and P.A.

“All three of our Band Share rooms are bookable online, and you can get an access code and come in without ever talking to a human being in person,” said Bowers.

“Room A, the smallest, is good for a trio or quartet, and contains a TouchMix-8 digital mixer and K8.2 series loudspeakers. Room B has a TouchMix-8 and pair of K10.2. In room C, the largest, we have the TouchMix-16 and four K12.2s. All of the loudspeakers are set up as main P.A monitors, though sometimes bands move them because they want to practice as if they’re onstage.”

Coronavirus safety has been an obvious benefit of the automated, Airbnb-style access, but bands coming in ‘cold’ means P.A equipment needs to be easy to use. Between the TouchMix series’ ‘Simple Mode’ for new users and built-in tutorials, the mixers pleasantly surprised Bowers in this regard:

“At first, I was honestly a little concerned,” he admitted. “I was thinking about putting conventional mixers in there with a familiar fader layout, because unlike big-city rehearsal studios, I don’t have a full-time staff to help people any time they need something. But then I found that the bands were really easily adapting to TouchMix – the preamp gains are on knobs and most of the other operations are on the touchscreen.

"Bands were just going in there and figuring out things like the input presets, which set EQ and dynamics settings for different types of vocals and instruments. They were dialing in great mixes. There’s always one member in any band who knows a little more about audio, and that helps, but so does the QSC TouchMix interface, which is really intuitive.” 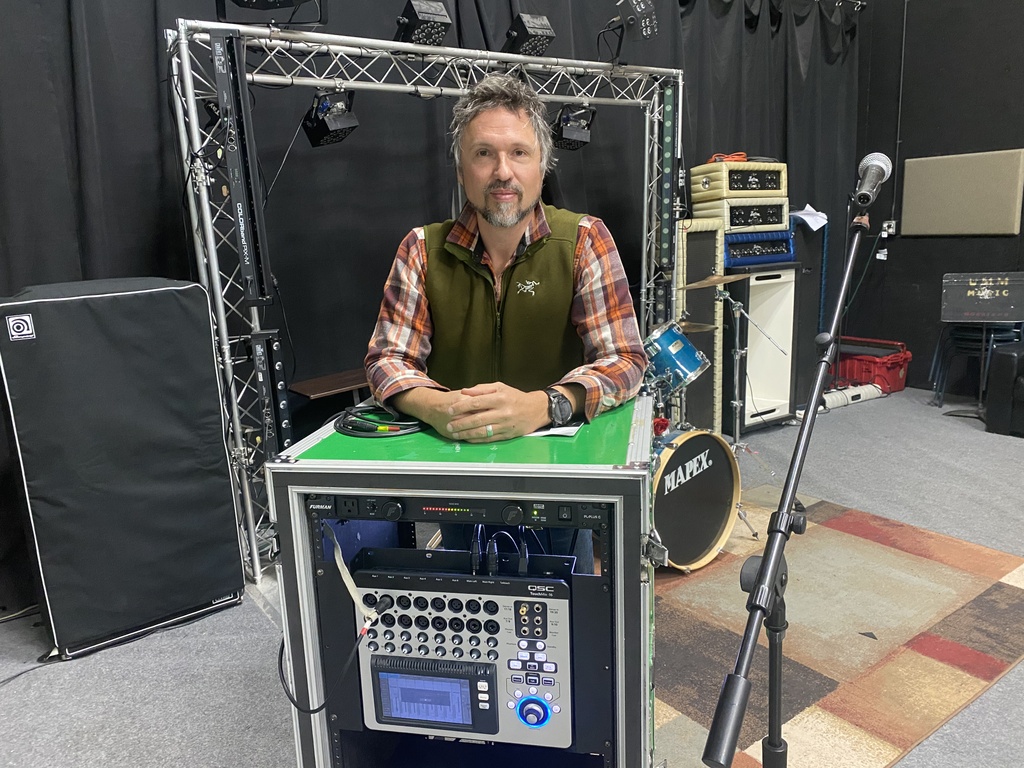 You work with something truly high-quality, like QSC, and you just can’t ever go back. T. Perry Bowers

The TouchMix scene memories have proved to be invaluable given the large number of bands sharing each space.

“The first time a band shows up, they might spend a bit more time with the TouchMix,” noted Bowers. “But by the second time, they call up their band name and songs by scene memory and they’re off and running. With TouchMix, nobody needs 45 minutes to get set up anymore, and for bands to spend more of their paid time playing means I have more satisfied customers.”

Ensuring that artists are undisturbed by feedback and other acoustical issues is also key to making a largely automatic rehearsal room model work. Here, the TouchMix series’ Anti-Feedback and Room Tuning wizards were key.

“When we first installed these systems, we ran all the wizards,” explained Bowers. “Dialing out the feedback, room modes, and other problems took only about 15 minutes per room, and the TouchMix saves the results globally – it doesn’t change when you call up scene memories. When any band comes in, the P.A is as optimised as can be for the space.

"This is also important because I’ve introduced some new [Shure Beta 87A] mics, which are condensers meant for stage use. They’re super clear on vocals but more prone to feedback than a dynamic mic. But with the Anti-Feedback wizard, we’ve had no problems so far.”

TouchMix niceties such as Class-A mic preamps, integrated studio-quality effects, and onboard recording to a connected USB drive also contribute to the premium experience Bowers wants to offer his clients. No less important, though, is the clarity of the part of the P.A the bands actually hear: the loudspeakers.

“I gravitated to the sound of the K.2 Series early on when our regional rep, Excellence Marketing, was demonstrating them,” said Bowers. “Then, when we got them into our space, it was simply night and day compared to what we used to have – and what we used to have was one of the most popular powered P.A monitors you’d see if you walked into a Guitar Center or wherever.

"You know how it goes – you think a loudspeaker is just fine because it’s what you’ve known, then you work with something truly high-quality, like QSC, and you just can’t ever go back. That’s what the K.2 Series has done for us. They sounded so good right out of the box. They do have their own EQ curve presets, and I think it’s the one called ‘Stage Monitor 2’ that sounds especially good in our rooms.”

“When a band checks out of rehearsal, we send them a little survey by text message,” explained Bowers. “Those who have rehearsed in other spaces have said things like they can now hear their vocals a lot more clearly above the guitars, that their band members are not getting into volume wars during practice, and that other P.As have sounded muffled by comparison. Many, many P.A systems will spend most of their power-on hours in a rehearsal studio, and QSC really shines at this application. They’re like a studio monitor, only for live use.”