At an exclusive launch event at London’s Metropolis Studios, Headliner was amongst the first in the world to see and hear Genelec’s latest additions to The Ones series of point source monitors.

Joining The Ones family are the 8351B and 8361A coaxial three-way monitors, alongside the complementary W371A adaptive woofer system, meaning that this line of products now delivers uncoloured and neutral reference monitoring performance - from ultra-nearfield, through to mastering-calibre and main monitor applications.

Returning to the very studios where Genelec launched The Ones in 2014, Headliner was excited to see what the Finnish manufacturer had in store for its guests this time, and was not disappointed. Following an informative (and packed) presentation where interestingly, the audience learnt that babies recognise and are stimulated by sounds and music before they can event walk (you learn something new every day), Genelec unveiled the three new products with a flourish. The audience couldn’t help themselves, letting out a collective “oooooohhhhh” – all eyes were on the enormous new W371A, although Genelec was quick to call it “not a subwoofer”.

Following a lively Q&A session, Headliner is ushered into three recording studios in quick succession and treated to demonstrations of the new speakers, finishing with a spectacular immersive audio demo where we may or may not have almost been brought to tears when listening to a stunning Morten Lindberg orchestral piece recorded in a church. Particularly impressive are the formidable W371As, which completed the 8341s and 8351As – the perfect low end extension that took the speakers to another level. 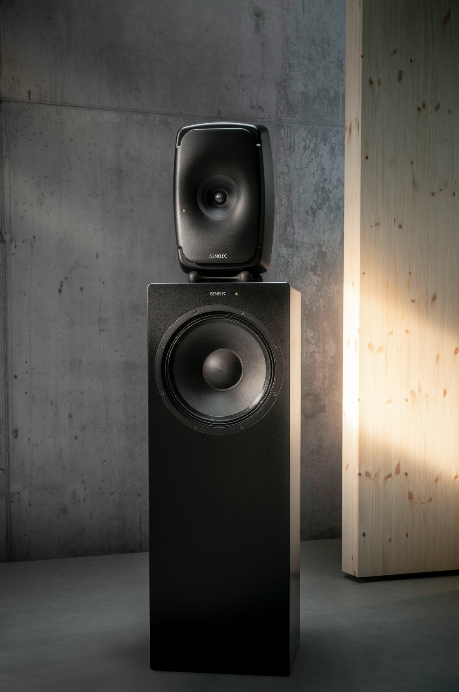 The new 8361A three-way coaxial monitor has been optimised to refine Genelec’s point source concept even further, with the manufacturer claiming it offers the most advanced acoustic performance of any studio monitor currently available - with “extremely high” dynamic range, “unrivalled” directivity and imaging and a short term SPL of 118dB, with peak levels even higher. Now the largest coaxial monitor in The Ones family, the 8361A will deliver a monitoring experience at any listening distance up to five metres, making it best suited for small to medium sized rooms.

Drawing inspiration from the electronic design of Genelec’s 8341A and the driver technology of the 8361A, the 8351B revision improves on the performance of its predecessor by offering increased SPL, additional room compensation EQs, equalised delay and enhanced HF response. 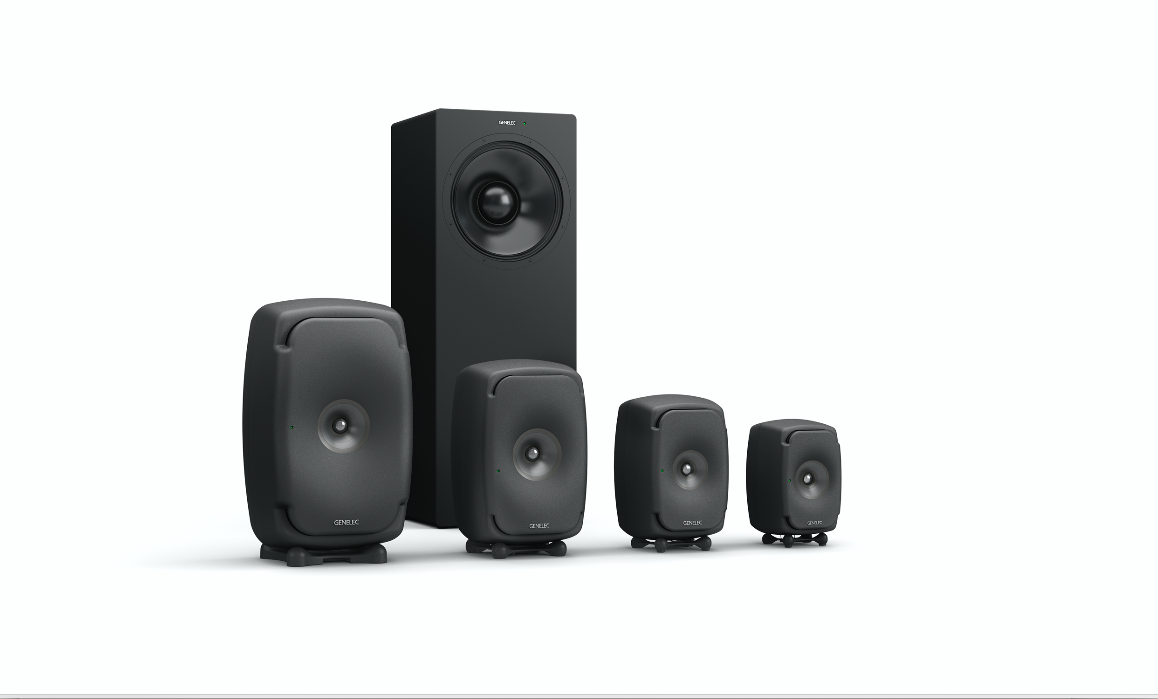 Now onto the W371A adaptive woofer system - this is a truly unique concept, designed specifically to seamlessly complement 8341, 8351 and 8361 monitors, and in conjunction with these models creates a series of full-range monitoring solutions.

For the first time ever, studios can now experience all the benefits of a main monitor, but with the freedom to locate this free-standing system in optimal positions within the control room - even providing the option to switch between nearfield and main monitors without image-shifting.

Standing at an imposing 1,100mm (43 1/4 inches) high and featuring dual high performance woofers (one forward-facing, one rear-facing), the W371A introduces a palette of novel ways to custom-tailor system performance carefully to the room over the critical lowest four octaves. Genelec states that due to this, the W371A offers “superior performance compared to standard free-standing loudspeakers or supporting subwoofers,” since it offers a flatter and smoother in-room frequency response with more coherent low frequency imaging - yet achieves this without sacrificing envelopment.

Augmenting the dual woofers of The Ones coaxial models with a complementary W371A yields four woofers in total per channel, and these are combined using advanced acoustic measurement to reduce destructive cancellation and standing wave artefacts - through a host of tools including crossover frequencies, polar response and directivity. According to the manufacturer, the W371A goes further than any other monitoring system in removing the detrimental influences of the listening room on low frequency reproduction – universally recognised as a key issue in all modern studios.

As part of Genelec’s Smart Active Monitoring family, all models in The Ones range integrate tightly with Genelec’s GLM software application, which configures, calibrates and controls entire Genelec smart monitoring systems. GLM is able to minimise the listening room’s influence on the sound, enabling the user to produce mixes that translate perfectly to other systems, whether the format is mono, stereo or high channel count immersive.

“No other family of studio monitors can offer this level of coherency, control, neutrality and sheer ability to adapt to any acoustic environment,” stated Genelec managing director, Siamak Naghian. “From the ultra-nearfield precision of the 8331A to a full-range system comprising the 8361A and W371A, our point source technology is now fully scalable, broadening its appeal still further and maintaining The Ones’ position as the industry’s benchmark for truthful reference monitoring.”