Continuing the momentum of Pride Month and to raise money for LGBTQ+ charity, Kaleidoscope Trust, Fender Next artist, singer-songwriter, producer and multi-instrumentalist girl in red - also known as Marie Ulven and famous for bedroom pop hits including girls and we fell in love in october - has teamed up with Fender to design a one-of-a-kind electric guitar in the colours of the rainbow flag.

The unique Player Series Telecaster guitar, painted by girl in red herself, is available now via an online charity raffle page (closing at 23:59 on Sunday August 2) - with 100% of the proceeds raised being donated directly to a non-profit charity, dedicated to upholding the human rights of the LGBTQ+ community internationally.

Established in 2011, Kaleidoscope Trust works to uphold the human rights of lesbian, gay, bisexual and transgender people in countries around the world where they are discriminated against or marginalised due to their sexual orientation, gender identity and/or gender expression.

The charity works with British and international institutions and partners to fund and support the work of activists to bring about positive legislative, policy and social change for LGBTQ+ people everywhere. 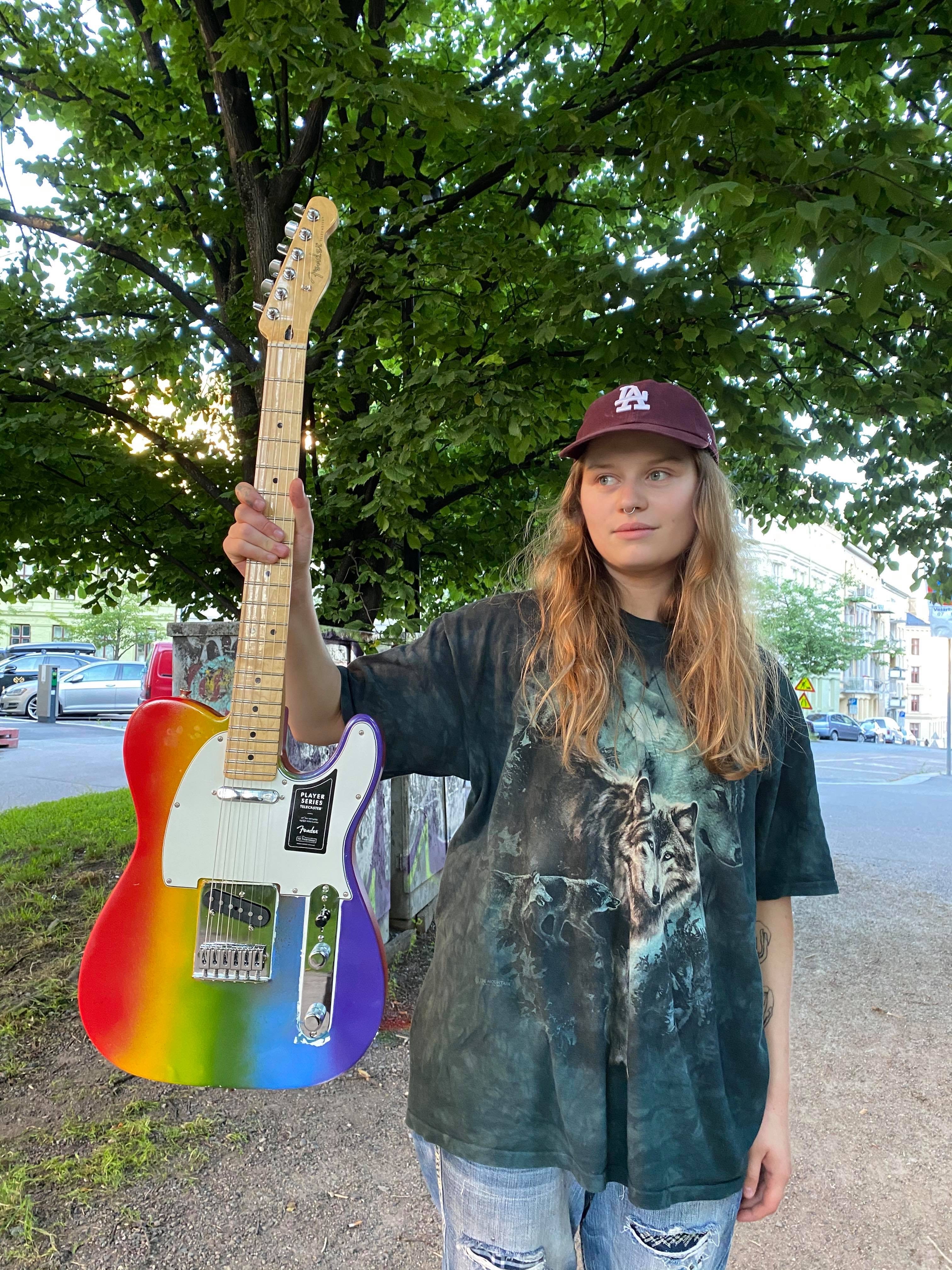 “As a privileged queer person, I feel it is important that I am as loud as possible,” says Ulven.

“Music can create an incredible and safe space for those who need it the most and this feels like an authentic way I can help others in the community. My first electric guitar was a Fender and the rainbow flag is such an iconic and positive design that I hope everybody loves this guitar as much as I do. What’s better than raising money for an amazing cause and helping somebody to pursue their music dreams at the same time!?”

“As a charity that works alongside grassroots activists internationally and who are combating the inequalities faced by LGBT+ people, the proceeds raised from the raffle will help Kaleidoscope Trust to continue carrying out the critical work that we do towards ensuring a free, safe and equal world for LGBT+ people everywhere. Our community is being affected disproportionately by the COVID-19 pandemic, so we are grateful for girl in red’s support - not only through the proceeds from the raffle - but also in having the opportunity to highlight and raise awareness of the work that we do to help fight discrimination against LGBT+ individuals around the world.”

The electric Telecaster guitar is from Fender’s Player Series line and was reimagined and painted by girl in red in the famous colours of the rainbow flag. The guitar boasts a ‘Modern C’-shaped neck profile and alder body with gloss finish.

The winner of the raffle will also receive three months of free online guitar tuition via Fender Play.

The raffle is available for all to enter on Rally Up with a starting donation of only £5 for 10 entries or alternatively £10 for 30 entries. Each social share will also grant supporters five additional entries once a donation has been made. 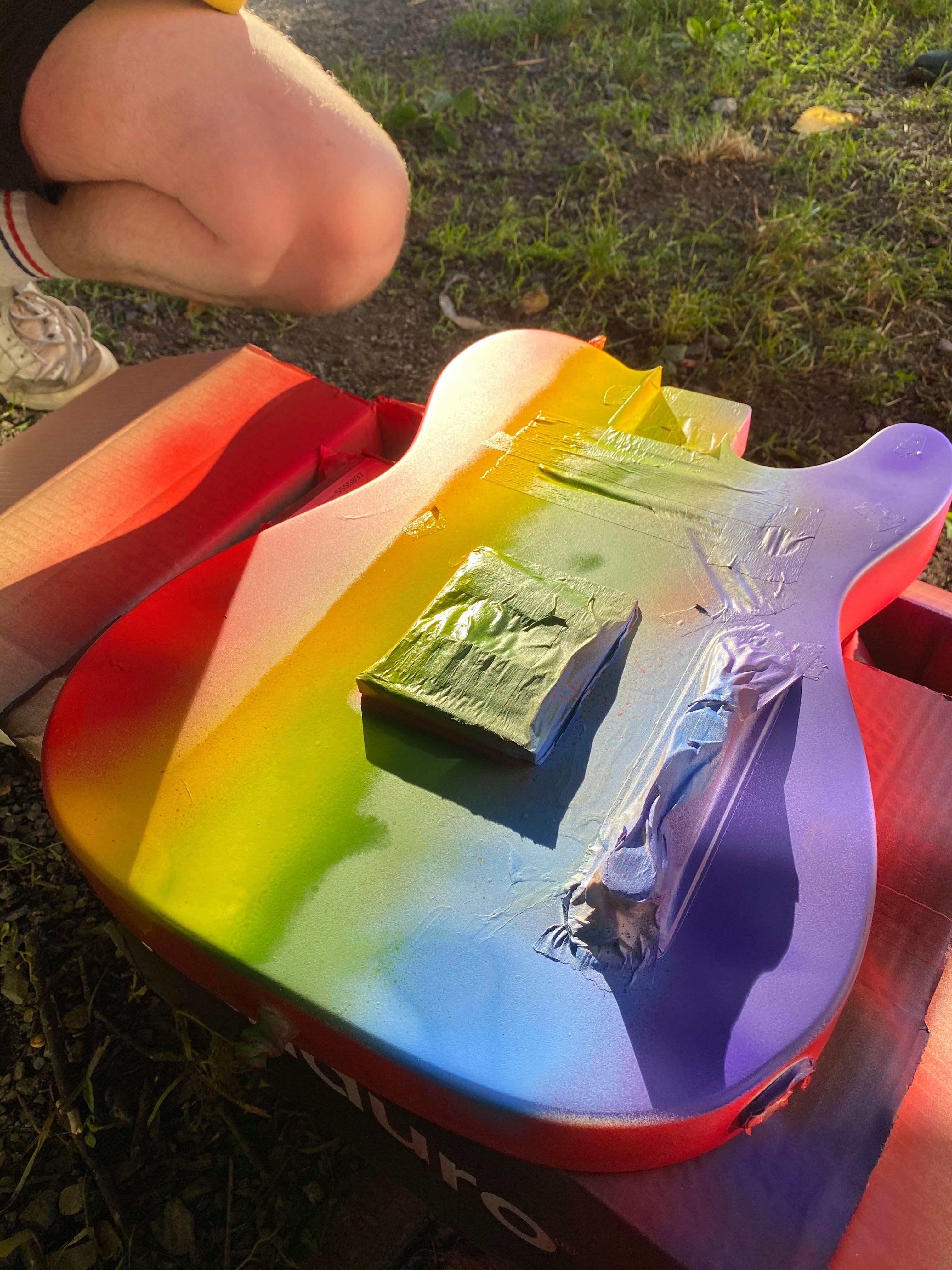