We sit down with Waves Audio's executive sales and marketing VP, Mick Olesh, about plugin technology, pivotal moments, and what we might expect next from this plugin giant, as the company celebrates 25 years in the biz.

After speaking with Michael Brauer about Brauer Motion, he seemed particularly pleased that he was able to build something so bespoke and dynamic with Waves that truly encompassed his mixing style, a little removed from the great Waves Artist Series, perhaps - would this be something Waves will look to do with other producers and engineers? Keep pushing the boundaries, generating new types of plugins?

From its inception, Waves has been known to push boundaries. One need only to look at Waves’ first products, the Q10 Equalizer and L1 Ultramaximizer, which nowadays may look like a no brainer, however, at the time, this was a totally revolutionary step in pro audio. Waves develops tools that serve its users, be it state-of-the-art 'traditional' signal processors (EQs, compressors, reverbs, etc.), or tools that will benefit the user in terms of simplifying their workflow, such as Vocal Rider, Torque, and SoundGrid. Then there are required problem solvers, such asInPhase, and X-FDBK, as well as those tools that improve and enrich the user’s creativity, like Brauer Motion, and also Vitamin Sonic Enhancer, and Abbey Road Vinyl. So yes, we are definitely in an ongoing process of collaborating with producers and engineers regarding the development of unique and exciting tools.

Plugin technology has come a long way since Waves started out, of course - are there any pivotal moments in that journey that stand out for you, Mick?

In the span of 25 years, since the company was founded, I am not sure about 'moments', per se, but to define pivotal milestones in Waves’ journey over the years, I would say the L series (L1 Ultramaximizer, 1994), as it established a new benchmark for dynamic controls, and in that it was the first software unit to offer a brick wall limiter and totally change the limiting/mastering process at the time. Then there's the first in our several modeling plugins, the SSL 4000 Collection (2005), in that it paved the way for Waves’ well-merited modeling plugins. The process of modeling at Waves involves not only respect for the cherished equipment being reproduced, there is also an element of preservation, and especially the opportunity and challenge to offer our users accessibility to rare and exclusive equipment.

Then there's the Waves Artist Signature Series, which started with the Eddie Kramer Signature Series bundle (2009). This series gives the user immediate access to processing chains and presets created by top producers and engineers, that they otherwise would not have access to unless working with the engineers themselves. And Waves MultiRack (2009) which is the first software application designed to run Waves plugins with live analogue and digital mixing consoles: with only a laptop, an I/O box, MultiRack Native and Waves plugins, front of house and monitor engineers can now shape their live sound with unprecedented precision, and do away with rack after rack of heavy effects units. They can experience using the world’s best-sounding reverbs, equalisers, compressors, limiters, and delays without the limitations of hardware, and at a fraction of the cost, making it perfect for concert, touring bands, club, and house-of-worship applications.

Waves StudioRack (2014) is another. It opened up immense possibilities towards a user’s workflow, in that it lets you run up to eight plugins on just one insert, save chain presets, open them on any DAW or monitor in low latency, and then have the choice of directing the processing to your computer’s CPU or to a SoundGrid DSP server. Then there is the LV1 Software Mixer (2016), and Waves SoundGrid technology, which have established Waves as a major player in the live sector, becoming an industry standard for enabling a cost-efficient, extremely low-latency environment for high-precision audio processing and efficient Audio-over-Ethernet networking. 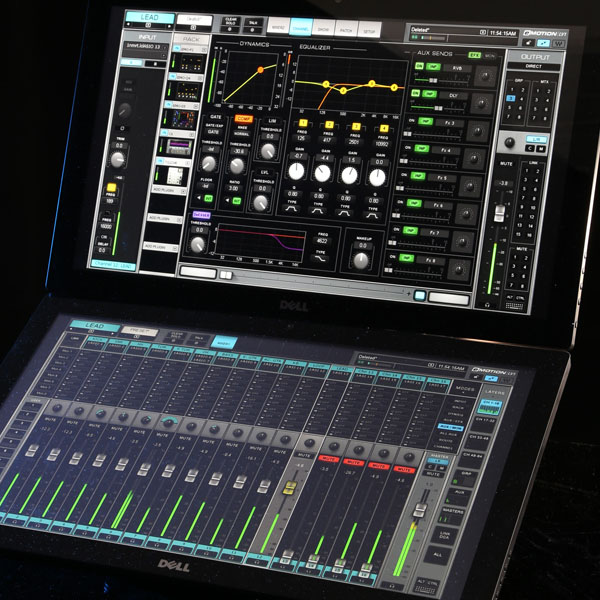 "Waves has always been known to push boundaries."

I recently interviewed Geoff Pesche at Abbey Road, and he told me after spending a year working on the Abbey Road Vinyl plugin with Waves, some of which was ‘hours on end just recording tones’ - he was blown away by the meticulousness and professionalism of the Waves team that he worked with. So, I’m intrigued to know how you ensure all your guys gain that kind of expertise, and what kind of training they go through along the way?

Waves’ product managers all come from audio/music oriented backgrounds, be it having worked in studios, in live, post-production, and the like. None of them have had 'formal' training to become product managers. More often than not, they began their employment at Waves, working in our tech support division, which in itself could be considered as a 'basic training' stint, since in order to accommodate that position, the demands as far as micro and macro knowledge go, is immense.

Basically, a Waves tech support employee must know the ins and outs of Waves products, have a comprehensive knowledge of numerous DAWs, a vast array of problem solving scenarios, and a clear understanding of Waves' technical mechanism as far as downloading products, updates, and compatibility issues. From tech support, they often progress to our QA (quality assurance) department, meaning that they are experiencing all the attributes of a product, once it is completed, and about to be released. With this knowledge, they usually begin as an assistant product manager, and learn the ropes as they go along. A crucial characteristic is the ability to be a steadfast autodidactic, and have an extraordinary passion and devotion towards pro audio. Each product manager is usually designated to products that they are naturally inclined to develop. Some lean more to VIs, some specialise in modeling, some are more at home in EDM, for example.

Of course, Waves is constantly working on new products, but are there any that are on the radar right now that are worth a mention?

Are there any particular artists that Waves hasn't yet collaborated with, but would like to?

A 'particular' artist would be hard to say, since we are in touch with most of them. The majority of engineers and producers are Waves users, and our interaction with them works both ways, meaning at times they have ideas that they forward to us, or we initiate a discussion with them about potential products. Once we establish a mutual objective, we then proceed by developing a relationship via our artist relations department. The collaboration we have with our artists involves a concentrated effort by the artist and Waves, to faithfully replicate the artist’s sound through emulating the specific processing chains and parameters that lead to their signature sound. Waves works with established, award-winning artists, and we are continuously working with the engineers and producers of tomorrow, regardless of genre, or area of expertise.

25 years on, and at the top of the game. Where do you go from here, and how do you ensure you maintain that position?

Being passionate about music and sound quality certainly helps, and Waves has always striven, and still strives, to provide the very best tools possible to the artistic and creative process, and to develop and provide solutions that enable unparalleled sonic quality for all audio applications. To do so, Waves invests a substantial amount of resources in R&D. We have a yearly plan that goes through an ongoing revision process, since in order to stay ahead of the game, one must be attentive to ever-changing paradigms, not only in the pro audio world.

Since Waves has an obligation to cater to every kind of user out there, including all genres and all fields, be it studio, live, broadcast, post production, or sound design, we need to be able to service and accommodate their diverse requirements. There are ever-changing paradigms in the industry today, be it the quality of tools that people expect, where, how and the way they work, the manner in which they are exposed to marketing, and their purchasing habits. Subsequently, resting on our laurels is not an option. These constant changes force us to adjust and perfect our strategies on an ongoing basis.