How Do PSB’s M4U 8 Noise Cancelling Headphones Fare On A Noisy Flight?

Headphones will always be a personal choice – especially if, like myself, you have a stack of them, all of which have or at least have had, a purpose over the years. Some I use for referencing in the recording studio, some are just easy to transport and plug into the iPhone; there’s even a custom set of IEMs in my collection, which I love when I want to hear, well, everything.

The noise cancelling headphone market is a crowded one, and although I’ve had a couple of sets over the years that have served me pretty well, I must admit, for a headphone lover like myself, I rarely take them out with me. The place I would use noise cancellers is in the air, so that’s the application that I am reviewing these PSB M4U 8s.

I’m on a transatlantic flight from London to Boston – sitting in economy, and it is a loud economy cabin mainly due to the 40-strong team of school children who, if their matching hoodies are anything to go by, are bound for a ski resort somewhere in Maine. No wonder the teachers are drinking. 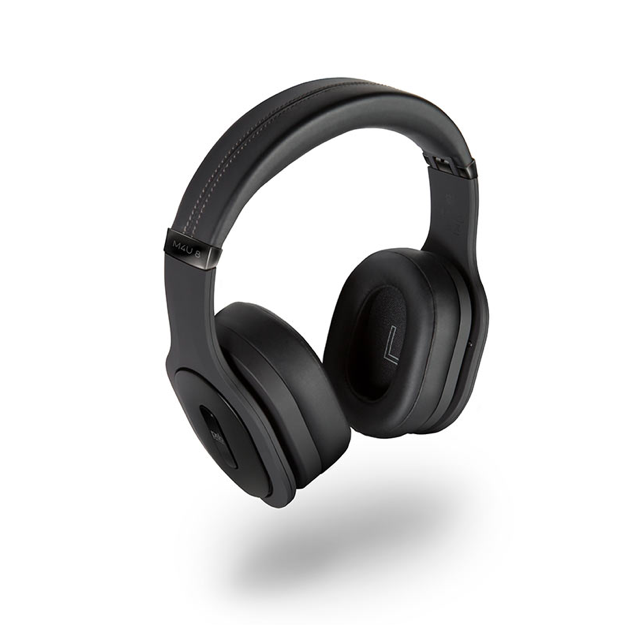 First off, the M4U 8s are sturdy – and collapsible – so the hard case isn’t necessarily an essential, which is handy, as it’s pretty big. These are large, over-ear cans which are incredibly comfortable, and when I first plug them in, I actually think the noise cancelling is already activated such is their snugness and ability to naturally keep outside noise at bay. Once I do activate it, all of the surrounding screaming that I’ve been dealing with for the last 60 minutes has vanished.

So how do they sound? Very good, actually. The main thing I find can be lacking in some noise cancellers is the stereo image when the cancellation is active – many can lose that width, but the imagery on these is extremely good, and the frequency range seems full.

I’m referencing via the movie, Joker, which has a masterful score, written by Hildur Guðnadóttir (who has just won an Oscar for it) and the audio is crisp in the top end, deep and rich in the lows, and nice and wide throughout. There are so many nuances and aggressive changes in dynamics within this score, and it’s all coming through loud and clear, with no interruption from the outside world.

"When I first plug them in, I actually think the noise cancelling is already activated such is their snugness and ability to naturally keep outside noise at bay."

I decide to move straight to another movie – Judy – the Judy Garland story, for which Renee Zellwegger won an Oscar. Her performance is spellbinding, as is her singing – and what I find surprising here is that despite the mad turbulence and uber-loud cabin, even at the most delicate parts of this movie, I’m still lost in it.

At this point, I realise the product’s RoomFeel technology (which PSB claims places the sound around you without altering the audio signal) is very real indeed. Four adaptive microphones were used to block out the noise, and it works incredibly well. Kudos.

Something else that’s key here: I am not suffering from any ear fatigue. That is perhaps the biggest surprise of all, especially considering flights can be harsh on my ears at the best of times. Today, I’m comfortable, and can hear everything clear as day. 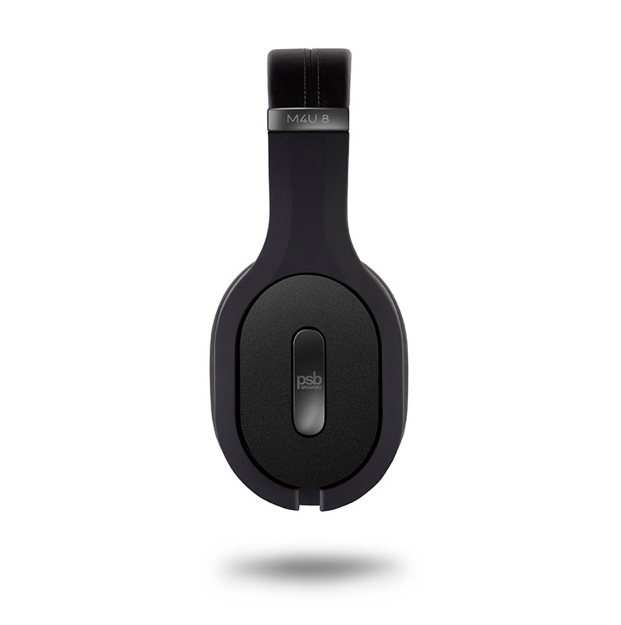 Another key point: battery life. The M4U 8s are charged via USB, and I didn’t give them a full charge before I boarded the plane, yet they haven’t died on me, and that’s been four and a half hours of constant use. That, to me, is impressive.

Due to their sonic quality as well as comfort, I can see myself taking these on the train and utilising the Bluetooth functionality – maybe even sitting at home on the couch with them listening to music. Their noise cancelling is superb, but don’t let that take anything away from how these headphones sound in their own right.

If it’s true audio in a tricky environment you’re after, they’re a no-brainer. And if you just want a nice set of cans to listen to your favourite songs on, you could do a great deal worse.