Silent Disco King recently provided 30,000 wireless headphones for the biggest ever silent disco on record for Lowlands festival in the Netherlands, providing enough headphones to fill the o2 arena, and half fill it again.

August 2019 built upon that, with 30,000 headphones deployed for the festival to light up an arena with three channels of music – festival-goers were able to switch between two DJs or the on-site radio station.

Delivering the world’s largest silent disco took meticulous planning, with seven technicians and supervisors from the Silent Disco King team attending the site to help set up and manage the event, plus a local crew of 90 people for distribution.

“To ensure this event ran smoothly we worked closely with Kees Heegstra, festival frequency coordinator, to select frequencies and optimise coverage by linking each DJ wirelessly to our centralised transmission mast,” explains Paul Gillies, managing director. “This provided coverage across a large part of the site, including two 10,000 capacity venues, the refreshments area and the campsite.”

The festival’s license for audio covers the Friday, Saturday and Sunday, and the Silent Disco King solution enabled a whole day to be added to the festival. Heegstra worked in close cooperation with Silent Disco King and the technical production team to monitor the maximum transmit power, keeping within the RF regulations in the Netherlands.

“We were able to create coverage for 30,000 listeners through Silent Disco King headphones during the Thursday night before the actual start of the festival,” says Heegstra. “Silent Disco King provided the transmitters and headphones, Camel & Co took care of the RF combiners, antennas and frequency grid, and Ampco Flashlight Rental supplied the distribution and mastering of the audio. The event was a huge success.”

Planning for Lowlands festival 2020 has already begun, with Silent Disco King planning to deliver the world’s largest silent disco for another year running.

“It’s something quite extraordinary to see a sea of 30,000 people enjoying a silent disco,” adds Gillies. “People were everywhere; if you could climb on it, dance on it or sing to it, people were giving it a go! Lowlands festival has such high energy and we love being involved in such a fun and large-scale event; we’re really looking forward to doing it all again next year.” 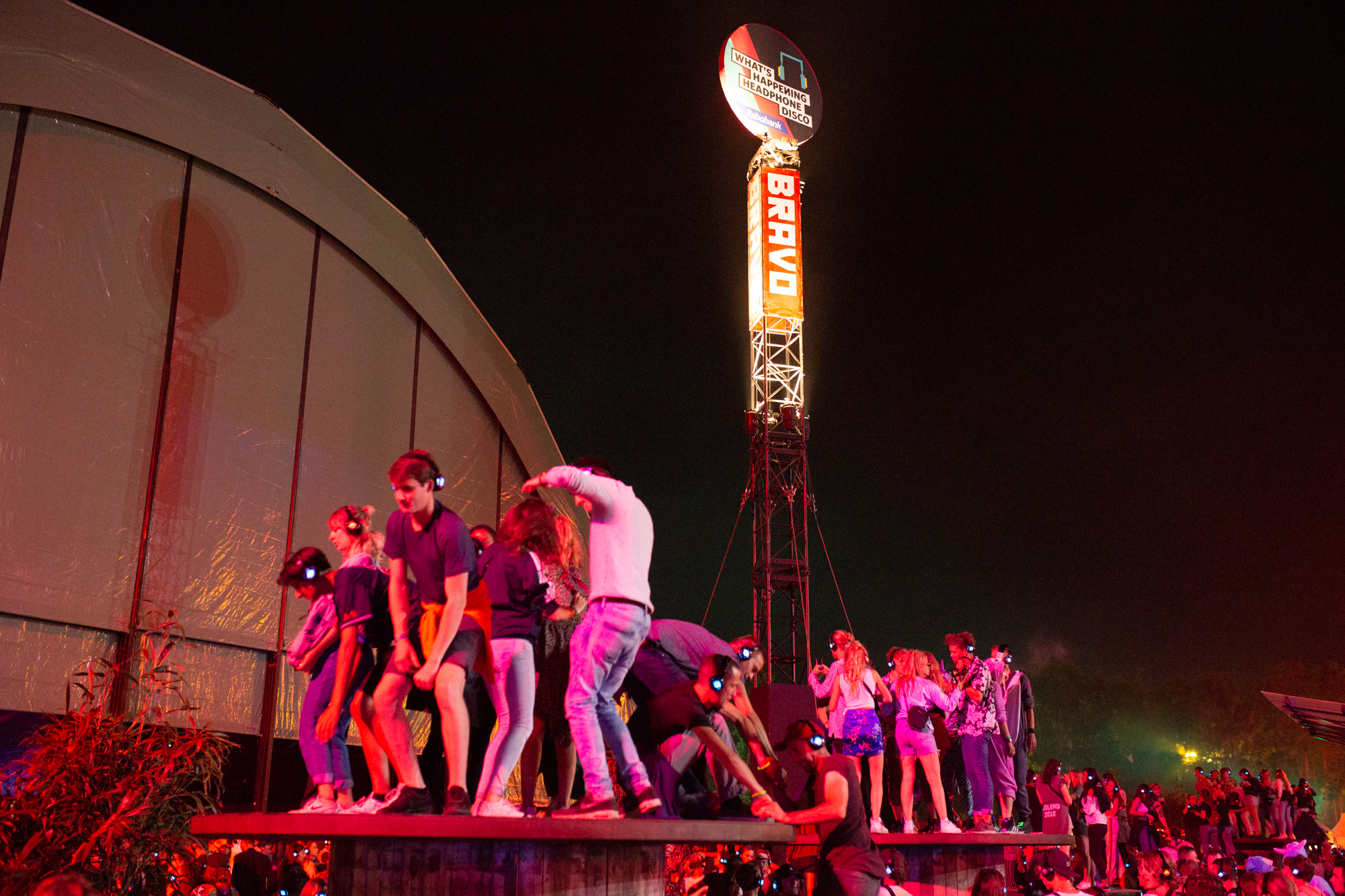