Behind The Scenes At Gears of War: Stunt-Proof Motion Capture

The Coalition, the award-winning development team responsible for managing the billion-dollar Gears of War franchise at Xbox Game Studios is using Lectrosonics wireless R400a receivers fed by SMV and LMb transmitters for its motion capture sessions of actors clad in sensor-covered bodysuits.

The Coalition’s audio director, John Morgan knew that the audio component needed to be close, clean, and follow actors through many acrobatics.

“Motion capture, or performance capture, is the process of recording sound and motion for a virtual world. We use it mainly for our cinematics,” explains Morgan, referring to the scenes that move the story forward in between periods of gameplay. “Boom and room mics are meant to give you the perspective of the camera, which is appropriate for a traditional film scene. In motion capture, the ‘cameras’ can be anywhere, and the whole point is that you need to capture a 3D, 360-degree perspective around the actors to accommodate any direction the game might go. So, fitting the actors with lavs and body packs is essential.”

The first thing about the SMV and LMB transmitters that helps this process is simple: They’re very compact and light.

“The actors need to have complete freedom of movement,” explains Morgan’s colleague, The Coalition’s sound designer, Edward Bauman. “The bodysuits are tight because we need an accurately body-shaped network of sensors for the camera array to pick up. The Lectrosonics packs Velcro inside them without being distracting to the actors, which is important when someone might be doing wire work and hanging upside down 20 feet off the ground.” 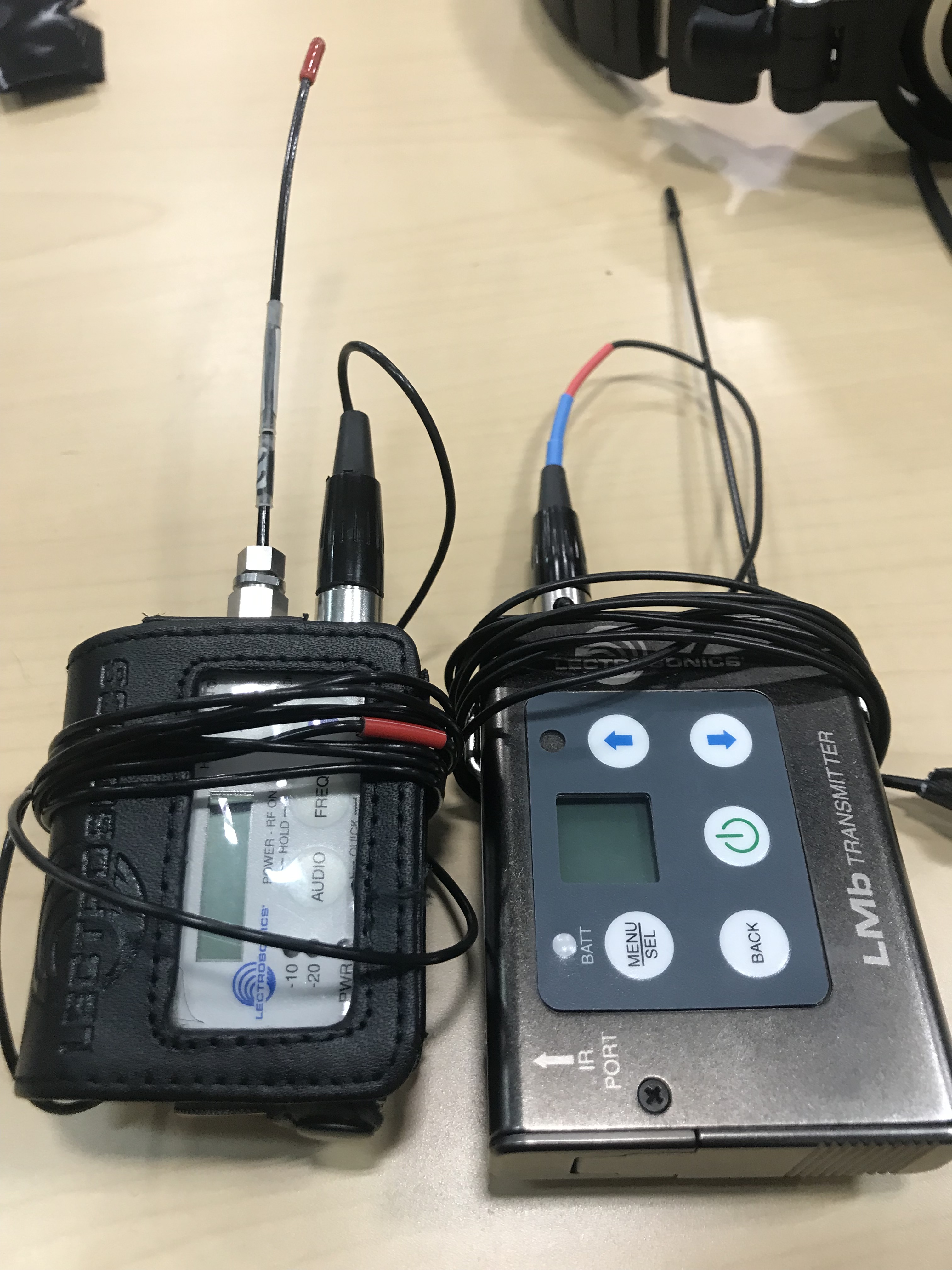 "You can mix all the channels and it sounds crazy because you hear all the breathing, all the grunts, all the noises actors are making due to their physical efforts. In the video game world, that stuff is gold. "

“We also have up to eight actors performing at once, which makes it handy that Lectrosonics gear is so quick when it comes to frequency-scanning,” notes Morgan. “At the beginning of a shoot, we can scan once — we use two different blocks —and never have any problems with interference. You can mix all the channels and it sounds crazy because you hear all the breathing, all the grunts, all the noises actors are making due to their physical efforts. In the video game world, that stuff is gold. It might prove usable anywhere in cinematics or gameplay, so you want to keep all of it. So, we need the best audio quality for stuff that isn’t words as well as the dialogue.”

Morgan attributes that audio quality to two things: “I think our favourite things about Lectrosonics are the gain-staging on the transmitters and the lower noise floor at a given input setting. They seem to have a wider gain range than other manufacturers’ products. It makes it easier to dial things in. Then, if the audio editors need to bring up anything in the mix when working to the game, they’re not bringing up a noise floor with it.”

“It’s really great that you can see the actual gain of the transmitter on the receiver’s display,” adds Bauman. “If by any chance we’re too hot or too cold on a certain actor, it’s really quick to correct. We know if the problem is the transmitter’s input gain or the output the receiver is picking up. Those two things together even let us determine if it’s the mic itself that’s the problem.”

The team can also see the transmitters’ battery life on the R400a receivers, which has proven crucial.

“Particularly when we’re using the SMV, which only takes a single battery as a trade-off for how tiny it is, this lets us time any battery changes with breaks in production,” Morgan details. “So, if we have, say, two more scenes coming up and we’re at half-charge all around, we can run the rest of the current scene and then do a change when the actors take a break. With many other systems, you’d record until the transmitters go dead, then have to interrupt the production.

“That costs time, which costs money, and nobody likes that!” Bauman chimes in. “I can say that not once have we been caught off-guard about battery life.”

Ruggedness and ease of use round out The Coalition’s love of Lectrosonics. “It’s very cool that the menus and interfaces aren’t too complex,” says Bauman. “On the R400a, for example, it’s just a click-wheel and a back button. It’s very quick to change something, if we even need to. The LectroRM remote app helps a lot, too. Just by getting near a transmitter, you can control it without having to remove it from the actor.”

“There are a lot of stunts in motion capture, so the packs can take a beating,” adds Morgan. “We’ve never had a pack go down because of a stunt, and we’ve used some gear from other brands — well-known ones — that wasn’t stunt-proof at all. The mic cable might come out, battery covers would fall off … that never happens with Lectrosonics. Our rig is really fun to use because it’s basically just bombproof. We won a Motion Picture Sound Editors award for our cinematics on Gears of War 4, and we hope Lectrosonics helps us do it again!”