Positioned as one of the most well-known and successful mixing engineers on the international stage, multi Grammy-winning producer Luis Barrera Jr maintains nothing short of a true winners mentality. Here he speaks to Headliner about his creative process in the studio, what’s been keeping him busy of late, and why he uses oeksound plugins on every one of his mix projects.

During the summer of 2020, Barrera was called up to work on what would arguably become the most important track of his career so far. That track was Hawái by Colombian megastar Maluma, a song that took the Latin music charts by storm and one which also saw Barrera work with The Weeknd on the remix.

“I’ve been lucky to be surrounded by great artists and great producers, and to be able to keep working on great music,” he says. “That’s the most important thing to me; the relationships with artists and the fact that they trust me with their music.”

More recently, Barrera mixed a new track called Pendejo by Enrique Iglesias, has worked with popular Dominican songwriter Natti Natasha, and is in talks to resume work with the ‘King of Reggaetón’ Daddy Yankee. “There’s a bunch of projects coming in, and I’m just glad to be part of all this new magic that’s being created in Latin music, especially now it’s become global,” he adds.

Having worked with the whole gamut of big name Latin artists, from Maluma, J.Lo and Shakira to Camilo, Ricky Martin and Mark Antony, Barrera has become very well established in this world.

Interested in the recording process from the age of 14, he found himself under the wing of guitarist and renowned producer Dan Warner, who first gave Barrera the chance to intern at his studio in Miami, FL in 2011.

Certain genres like salsa or mariachi have really strong trumpets, and I can use soothe on all those instruments too. It’s very versatile.

In 2013, Barrera returned to Miami, and has been there ever since. He started out mixing reference tracks for the likes of Sony Music and Universal, and once he started working on bigger records, the opportunities came thick and fast. “It has been a crazy ride, but it hasn’t been easy,” he admits.

Whether it’s cumbia, reggaetón, salsa or a big ballad, the most important thing for Barrera is to know what’s expected from each specific genre he’s working in.

“For me it’s basically about staying very versatile,” he tells Headliner. “It will have my sound on it, but also stay very true to the roots of what it’s supposed to be sonically. Most Latin music is designed to make you dance, whereas big ballads are meant to provoke some kind of feeling, so really it’s about understanding the mental aspect of each track I work on.”

Barrera reveals that he mostly mixed in the box up until around five years ago, when he acquired his own studio space. Nowadays, he employs certain pieces of outboard gear to help achieve his sound.

“I have my Mac Pro with Pro Tools Ultimate, and I’m using a SSL Sigma as my summing box,” he explains. “Then I have a Lynx Aurora 16 as my D/A and A/D, along with two UAD-2 satellite DSP processors. I travel a lot, and artists are always asking me to record on the go, so I tend to keep my rig very simple. This is made easier especially with the Sigma, which gives me a very nice sound.” 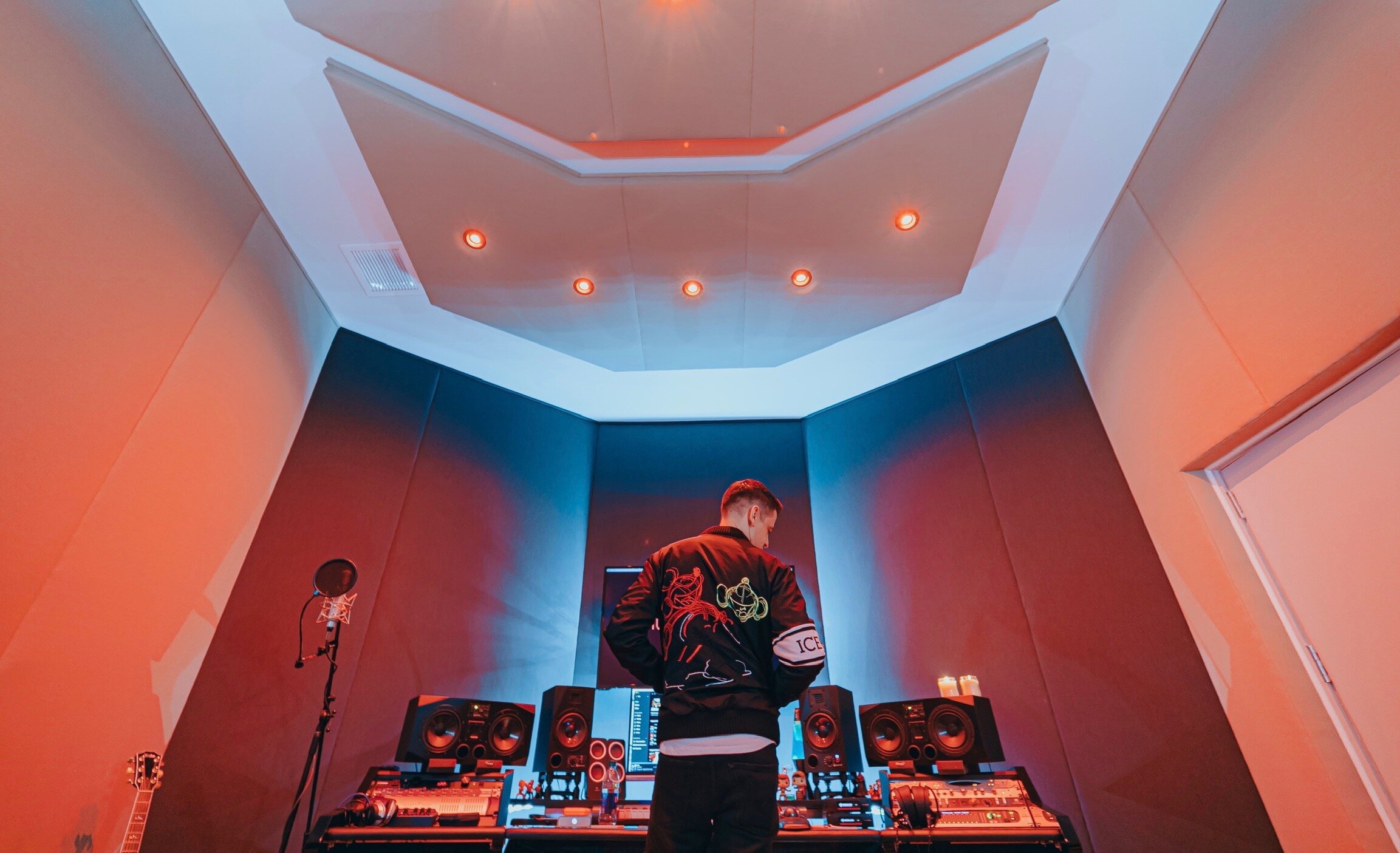 Another set of tools which make Barrera’s life a lot easier are oeksound plugins, in particular soothe2 – which he uses to control unruly frequencies across his vocal locks.

“If it’s a really harsh vocal, I’ll set the mix knob to 90%, but there are times when I might use it at 50% to let a little bit of that mid range cut through the mix,” he reveals. “I have my own presets that I’ve made throughout the years for vocals, acoustic guitar, and for brass, because certain genres like salsa or mariachi have really strong trumpets, and I can use soothe on all those instruments too. It’s very versatile, and I just love the way it colours the sound in a subtle way.

“Dolby has just finished setting up my room so I can start mixing in Dolby Atmos. I was going back into my sessions and printing some stems for Hawái, and noticed that I actually used soothe at 100% on the mix knob for both Maluma and The Weeknd’s vocals. The scooping itself wasn’t that strong – maybe negative one or two dBs – just controlling the mid range from 200Hz up to around 3kHz; that area where things get a little aggressive. It’s for these reasons I’m using soothe on pretty much every project now.

“Besides all the usual great artists that I regularly work with, I also like working with new people, because I like exploring and discovering new talent and being part of their growth.”

Listen to the full podcast interview with Luis on Headliner Radio here: