Tori Tullier on baby steps and being a late bloomer: “The risk is worth the reward”

Award-winning singer-songwriter Tori Tullier has just released her debut EP, Baby Steps, featuring six songs written entirely solo. The self confessed “late bloomer” explains why after writing for others for a decade, she’s found her own voice.

You’re originally from Annapolis and are now based in Nashville, where you’ve lived for 11 years. Did you feel the irresistible pull towards this hub of songwriters and creativity?

I moved to Nashville in 2011, which was right after I graduated college. I had done an internship in Nashville the summer before at Warner Brothers in their A&R department, and it was a really cool time to be here.

It was the summer that Miranda Lambert’s The House That Built Me was a big song, and I just fell in love with the magic of it. I honestly didn't really know that it existed and that there was this whole ecosystem of songwriters. As soon as I found it, I was like, “That's where I need to be”.

Who were your musical inspirations when you were growing up?

Also sorts of different stuff. My dad is a musician and my mum loves music, so music was definitely always a big part of our lives and was always on when we were cooking dinner.

James Taylor, Carole King, Burt Bacharach were probably my favourites when I was younger – just all those really classic songs. Then as I grew up, I found my own things like Ben Folds.

What was the first piece of music you bought with your own money?

My favourite CD as a kid was definitely Abba Gold, which I didn't purchase, but I definitely wore out! When I could buy something with my own money, I feel like it might have been Vanessa Carlton's first album – the one with A Thousand Miles on it.

I was a big fan of hers and that song. Just from a piano player's perspective, I had never heard anything that sounded like that. I was like, “Oh, my gosh, I need to own this”.

I got back to thinking of myself as an artist.

Did anyone particular in your life push you to pursue your dream of being a singer-songwriter?

It wasn't something I ever even really thought about. I started taking piano lessons when I was six or seven, and absolutely hated it! When I was around 10, I asked my parents to try again, and I got a teacher.

My piano teacher, Miss Nina, was really great at picking music. Most of the time when you're a kid, they pick stuff that's kind of dinky or not that exciting. She was Russian and she picked really beautiful and emotional piano pieces, and I really got into playing them.

I loved getting into the feeling and the emotion of it. My dad was always writing songs and he was playing shows, so it was something that evolved – and I always had diaries. I was around 12 when I wrote my first song, and I just kept doing it.

You are the recipient of the AS-CAP Foundation Sammy Cahn Lyric Writing Award for your song, Nicotine; how did it feel to win and to be among past winners like John Mayer and Lori McKenna?

I didn't even know that I was nominated! I knew Nicotine was a cool song because it was one of those that just fell out really quickly. I think I wrote it in 45 minutes. For me, when that happens, something right is happening.

It's still one of the coolest things that has happened just because of the people that have won it before. For me, just because it was solo and I didn't write it with anyone else, it was good validation that I am supposed to be doing this, or I did something right. It was some good fire in the belly to keep going. 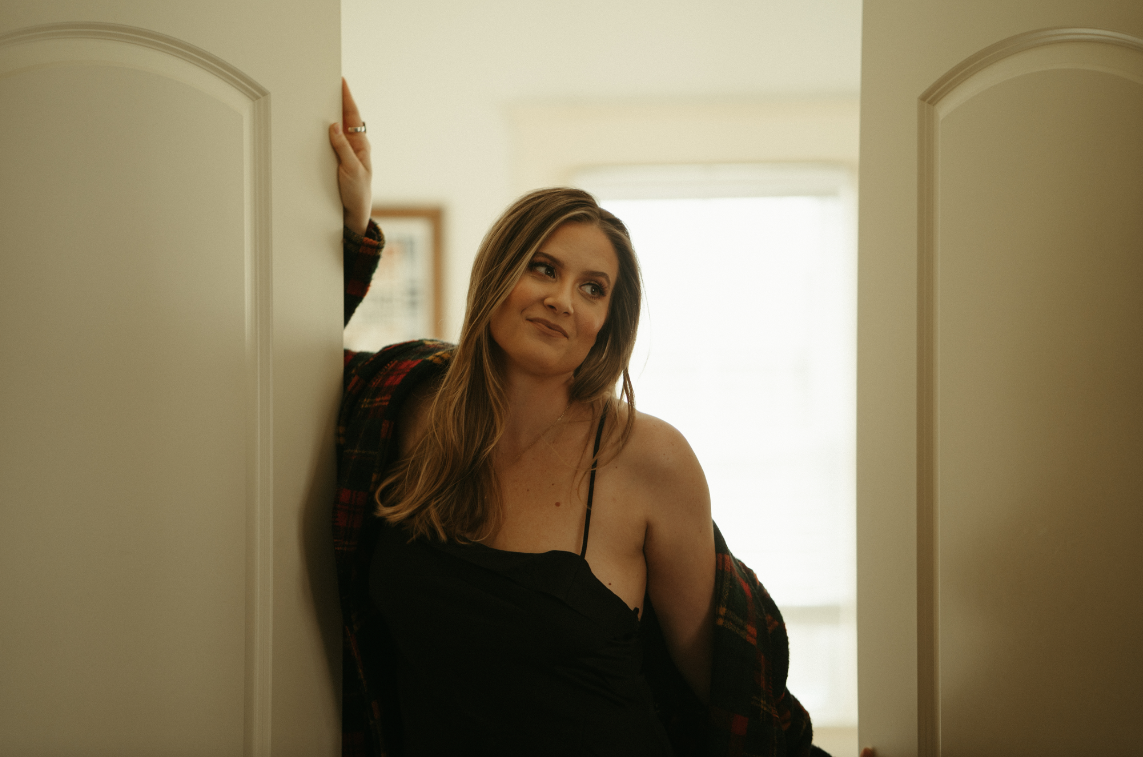 I've been writing for others for so long, I got a little lost in that process.

Do you usually write songs this quickly?

It's different every time. Some songs go really, really quick and normally, for me it's a good sign that there's something good happening. Whenever that happens, a flow-state is moving, and I'm not thinking too much.

Sometimes I can get really self critical when I'm writing by myself, and it's hard to get the words from my brain to the page. When things are moving and I'm like, “Oh, I like that”, it's easier to get out of my own way. But I've also had it totally the other way, where sometimes it's a struggle and it'll take three or four months to take it slow and self edit as I go.

After spending a decade writing for other artists, in 2020 you returned to writing on your own. What was that transition like and why did you decide it was time to write for yourself again?

I've been writing for others for so long, and it was something that I really enjoyed. I like writing for other artists and getting into their headspace and trying to write things that they love for themselves, but I got a little lost in that process.

Especially with the whole industry of Nashville, it's a beautiful thing. It's super high level, it's collaborative, it's competitive. But if you don't have a strong sense of who you are and what you do when you go into it, it's easy to get pinged around.

When I went into it I was 22 and I had been doing a different style of music. I always wrote more pop, rock and piano-based stuff, and to dive into the country space was an interesting time in the industry, and also a little bit hard for me to find my footing. I think I let the pendulum swing the other way a little bit too much and tried to be some things that maybe I wasn't.

In lockdown, I had no choice but to let that stuff come out. Like everyone, it was a hard time and I had some things that I wanted to write about. When I got to the end of it I realised I had six or seven songs that might work for a project.

I got back to thinking of myself as an artist pursuing an artist's career along with songwriting, and decided to take that step again and be brave. 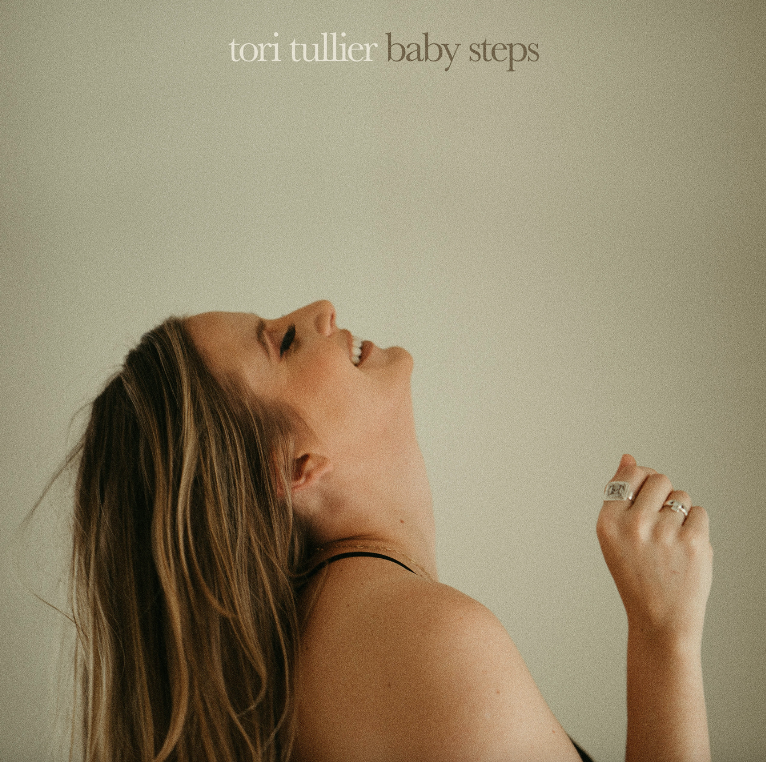 I let the pendulum swing the other way a little bit too much and tried to be some things that maybe I wasn't.

Your debut EP, Baby Steps is out now, which takes the listener on a journey through heartbreak and redemption; was this always the aim of the EP, or was it a theme that naturally evolved?

It was pretty natural. Things I Won't Forget was the first song that I wrote, and it's a descriptive take and dive into that initial heartbreak. Then from there, it ebbs and flows like the lockdown time: you feel a little better then maybe you take a little dive.

It's an ebb and flow and that theme is definitely present on it. But then there were also songs like Songbird, which was about talking about career stuff and my life journey and purpose and how to keep going. Baby Steps is this resolution and pause to say “Just take it slow.” They kind of have an arc.

Do you have a personal favourite track on the EP?

They're all my little song babies, but over time it's changed. Right now, Baby Steps is one that I keep coming back to. It's a really simple song, and there's something comforting about it.

It's a good song to put on when you're cooking dinner or making a cocktail at the end of the day, and also just a good reminder to take baby steps, and if things move slowly, that's okay.

How easy do you find it to share such a personal side of yourself through your music?

I've got used to it. Some of it was hard to share, particularly if it's a song about another person or something that's really personal. For me, songs are how I communicate. If I'm feeling it, then maybe one other person is feeling it and then hopefully, in some way or another, that person can hear it and feel validated. The risk is worth the reward.