Meet transatlantic artist Mauvey: “I'm someone with a purpose; all I want to do is distribute love”

Ghanaian-born, transatlantic artist Mauvey is known for being an emotional wreck both on and off stage – his words, not Headliner’s. The professional basketball player-turned singer-songwriter explains why he’ll never pretend to be something he’s not…

“When I say ‘emotional wreck’, people always go to the extreme like that’s a bad thing,” a pensive Mauvey clarifies from a family member's house in Southampton.

“I don't think it's a good or bad thing. I just think it's a real thing. People at their most honest are not all the way together, and that's not a bad thing. I try to be as honest as I can – in your typical day, you're not in the same mood the whole day, you know? I think a lot of people pretend for most of their lives,” he considers.

On stage, the alt-pop rising star endeavours to get to the heart of raw sentiment through his songwriting, intertwining striking melodies and hypnotic beats with his distinctive and resonant vocals. He’s only ever his authentic self, even if that turns some people off.

“Because people have paid money, come out of their way, got ready, left their house, gone on public transport or whatever to get to the show,” he explains.

“I don't want to cheat them by being lifeless and pretending to be something else or pretend I'm too cool or whatever. So I'm just myself and I really mean what I'm saying.

"The minimum that I want is for everybody to leave there and be like, ‘I might not even like the music, but at least I believe what he's saying, and I believe that he feels it’, because I do.” 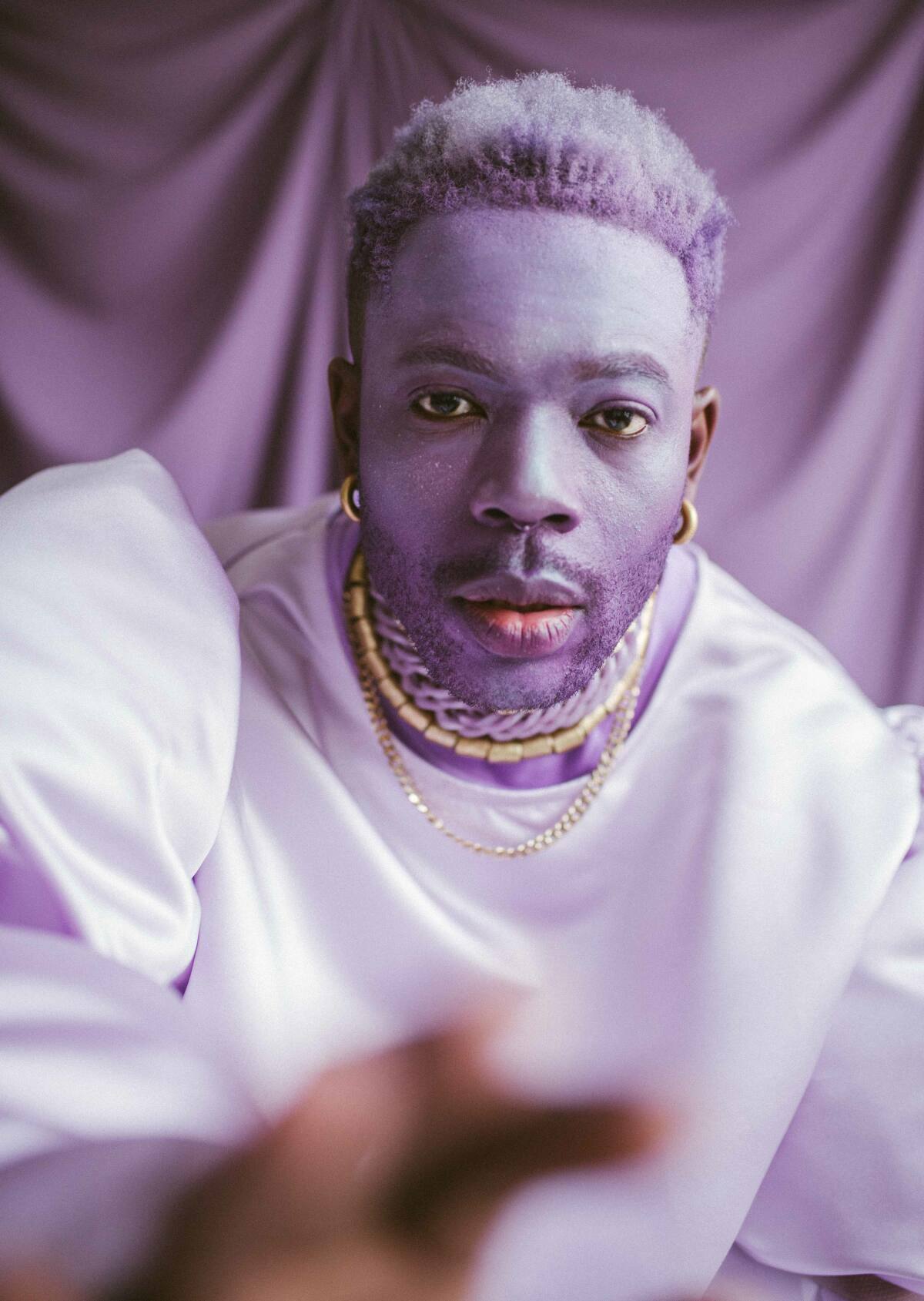 When I say ‘emotional wreck’, people always go to the extreme like that’s a bad thing.

Born in Ghana and raised across the UK and Canada, Mauvey’s upbringing inoculates his rich palette of unique alternative pop music, taking inspiration from the likes of Michael Jackson, Kanye West, Oumou Sangaré, Prince, and Labrinth – although music wasn’t his first passion. Mauvey was a professional basketball player until his close friend died, prompting him to drop everything and embark on a music career with one mission: to spread love.

“I've always felt creative,” he muses. “It's a creative art in itself – sports and athletics. When my best friend was killed, that was one of the defining moments in my life.

"At that moment I thought, ‘I really love basketball, but I'm not doing what I need to be doing.’ Life is so short, and I really took that to heart and said, ‘I've done this thing for so long, but I'm not going to play basketball forever. I'm not making an impact on anyone else's life by playing the sport,’ so I just quit. It was a bit of a journey to find out what actually would make a difference.”

It turns out that for Mauvey, that thing was music. Within melodies and lyrics, he found a level of comfort in his own skin, and so far he’s garnered support from BBC Introducing and BBC Radio 1, and has performed at SXSW, The Great Escape, BBC Radio 1’s Big Weekend, Isle of Wight Festival, and has embarked on a 20-date UK headline tour.

“I'm quite obsessive in general as a person,” he smiles of his lazer focus U-turn to music and artistry after quitting basketball.

“In the beginning, I wrote poems and short stories. I started on a novel and I wrote for hours a day, every day. Then I turned the poems into spoken word, and then into folk songs, but I never performed anything. I just wrote.” 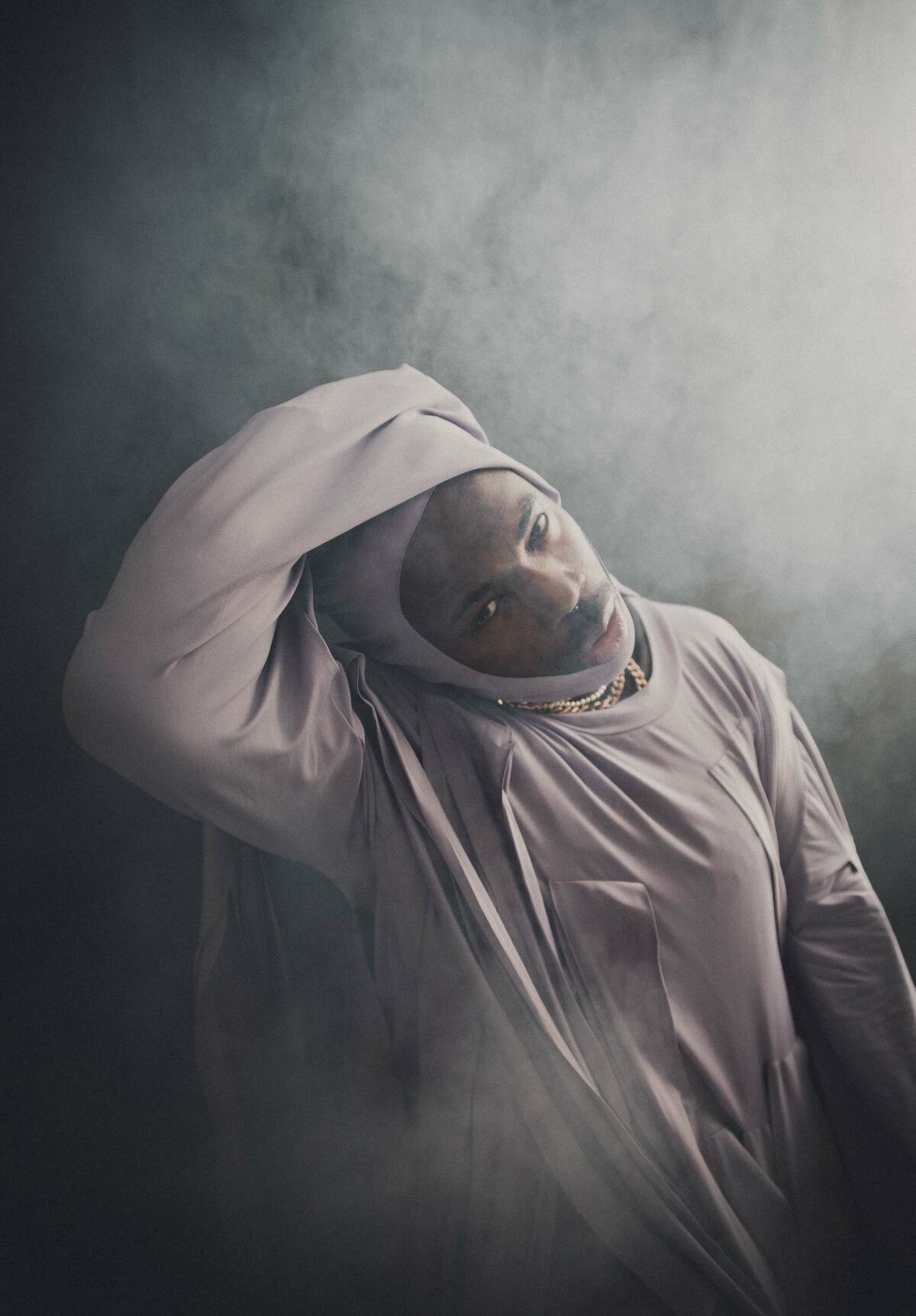 I'm quite obsessive in general as a person.

After being encouraged by his sisters to attend an open mic night, he began to feel his way as a performer – although it wasn’t smooth sailing at first.

“But I'm quite obsessive, as I mentioned, so I just kept going. I went to four open mics a week. Every week, I just kept going, kept singing my own songs and learning how to perform them. I knew, actually, before I played for the first time, that music is what I'm going to do.”

And back to that overriding message that powers his artistry: spreading love. “My inspiration and my drive for making art in general is dissecting all the different facets of love,” he nods.

“It's really simple. All I want to do is distribute love. Basically what that means is equipping people with a very simple tool, and that is to realise that they're important, and then for them to be able to empower people with that same message. That's how I approach anything I create.

“It sounds really airy fairy, but I'm trying to really dissect and experience love and then be able to have people relate and share in that experience,” he points out earnestly, adding that his songwriting process isn’t always as poetic as the end product:

“I actually always write it like a diary entry,” he shares. “So if the story is: I took a train to London, went to a party and then came back home, I will literally write – in the plainest English – what the story is about. Then I tried to find a melody that matches that story, and that becomes the foundation. Then I either go in and make the words more poetic to fit the melody, or it just is what it is.

"Sometimes, you just literally have to say: ‘I took the train to London, went to a party and came back home,’ and that's the song,” he laughs. “Sometimes it can be very simple, and sometimes it's a bit more poetic.” 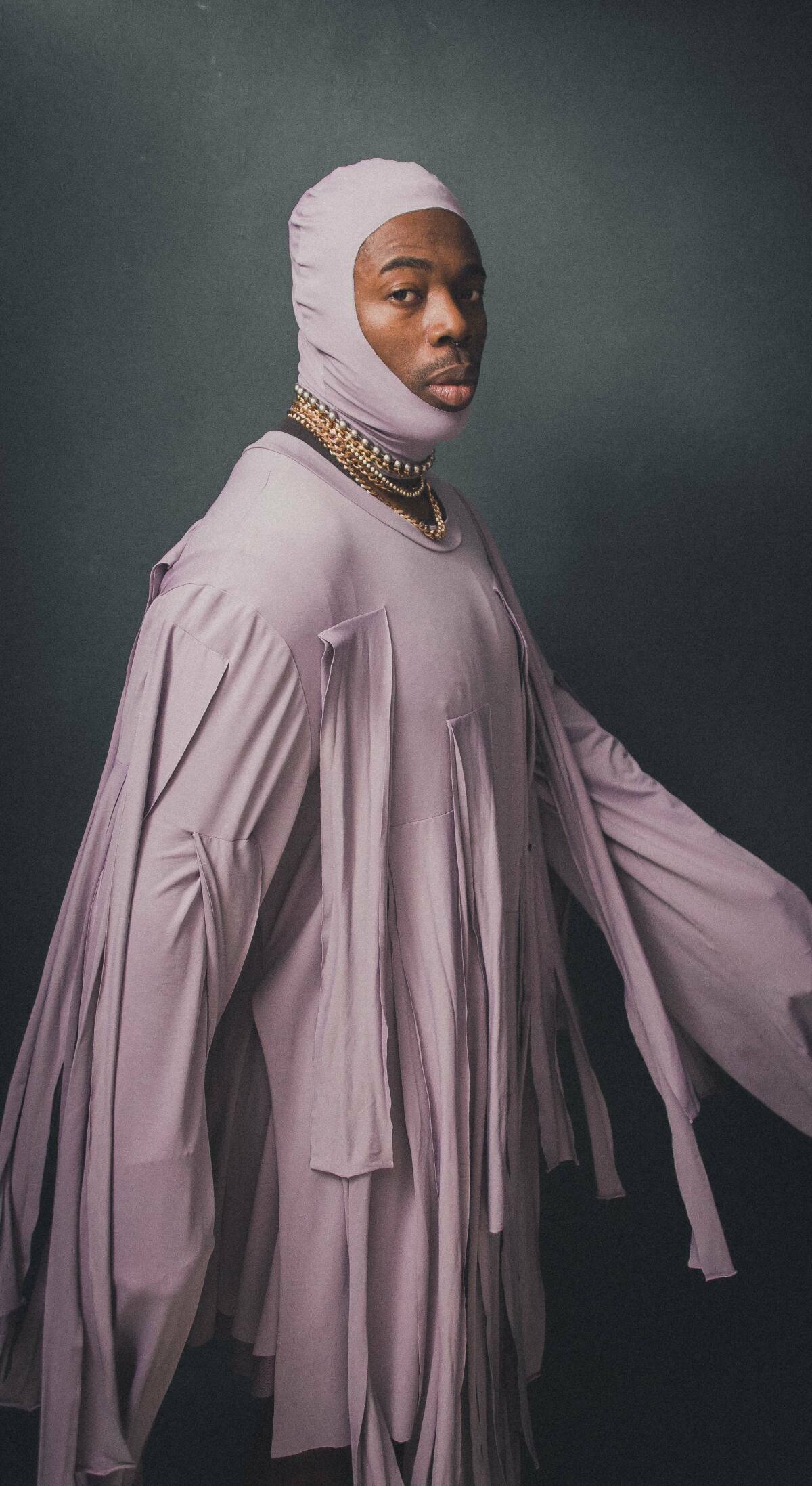 My inspiration and my drive for making art is dissecting all the different facets of love.

His new single, PROVE IT! – taken from his new EP, BEFORE THE ALBUM: A love letter to the moons of Mars – serves as an uplifting message of self-love to his younger self.

A continuation of his mission to distribute love through his music, he bares all on this candid single. Above glistening keys and a thunderous beat, he reassuringly chants: “I bet you I love you / More than you think I do,” followed by “And if you want me to / I’ll prove it”.

“You hear people say, or maybe you've asked yourself, ‘If you were confronted with your younger self, what would you tell that kid?’ Especially during the pandemic where people had more conversations and you had more time to think about the answers.

"For example, aside from when we were actual kids, the pandemic is the closest we'll be to where we didn't have anything to do. We could either waste all that time or spend it doing something. It's the most time we've had to reflect, and probably will have, to reflect in our lives. I really thought about that question. It took a while, but PROVE IT! is my answer. I wrote the song by myself and the song is that conversation – it’s like you're saying it to yourself.”

Mauvey adds (somewhat cryptically) that the EP is setting the scene for something more that will come later, and that the title of each song, when strung together, make up a poem. It’s clear he’s a man with an artistic plan.

“I'm a complete, creative artist. I'm someone with a purpose. I'm using art, music, fashion, film and literature to distribute love, and sometimes it's obvious, sometimes it's not obvious – sometimes it's metaphorical. But I am here to inspire people, I'm here to give people confidence. For me, it's way past entertaining people, or being here to make money or gain fans,” he adds.