Tyler Smyth on new Dangerkids music: "it's nothing less than trying to blow people's minds"

As a married man, Tyler Smyth (songwriter, producer and the frontman of American metalcore band Dangerkids) might be in trouble after revealing that his favourite thing in the world is when Steinberg releases its latest Cubase update. Headliner doesn’t take that quite literally, but hear him out and you’ll understand why he’s also married to the music…

Smyth distinctly recalls getting his hands on his first ever Parental Advisory-labelled CD:

“I remember getting the first Rage Against the Machine album; it opened up my way of thinking of not just what music can sound like, but what it can accomplish, and most importantly, how it makes you feel and how you internalise that,” Smyth reminisces from his home in L.A. “You kind of stir all that together, and that's what I bring to the table each day on the songs I work on.”

A number of Parental Advisory-labelled CDs behind him, these days Smyth makes a living by channelling that very same passion and expression into his songwriting and production work (sometimes for his own Dangerkids, sometimes for other heavy metal bands like I Prevail), although he also lends his musical talents to SEGA’s Sonic the Hedgehog gaming series.

His heavy metal production credentials have not gone unnoticed either: in 2020 he became the first rock producer to claim the number one spot on Billboard's first ever Hard Rock Producers chart.

“I’ve travelled and toured for well over a decade and have played a lot of shows,” he considers, “and I think that gives me a very unique experience now that I find myself writing a lot more and performing a lot less.

"It's interesting because I'm joining these bands, so to speak, temporarily and helping them create their art. I'm putting myself in their headspace or writing from their point of view, but I definitely understand that point of view of what it feels like to stand on stage and try to make a room full of people care about what you have to say or what you're doing.

"I have this very intimate understanding of what is at stake for each artist when they come to me to make songs. I want to make modern classics within the confines of these bands and their fan bases, and I definitely want to also appease that young rock fan in me that got into bands like Pink Floyd.” 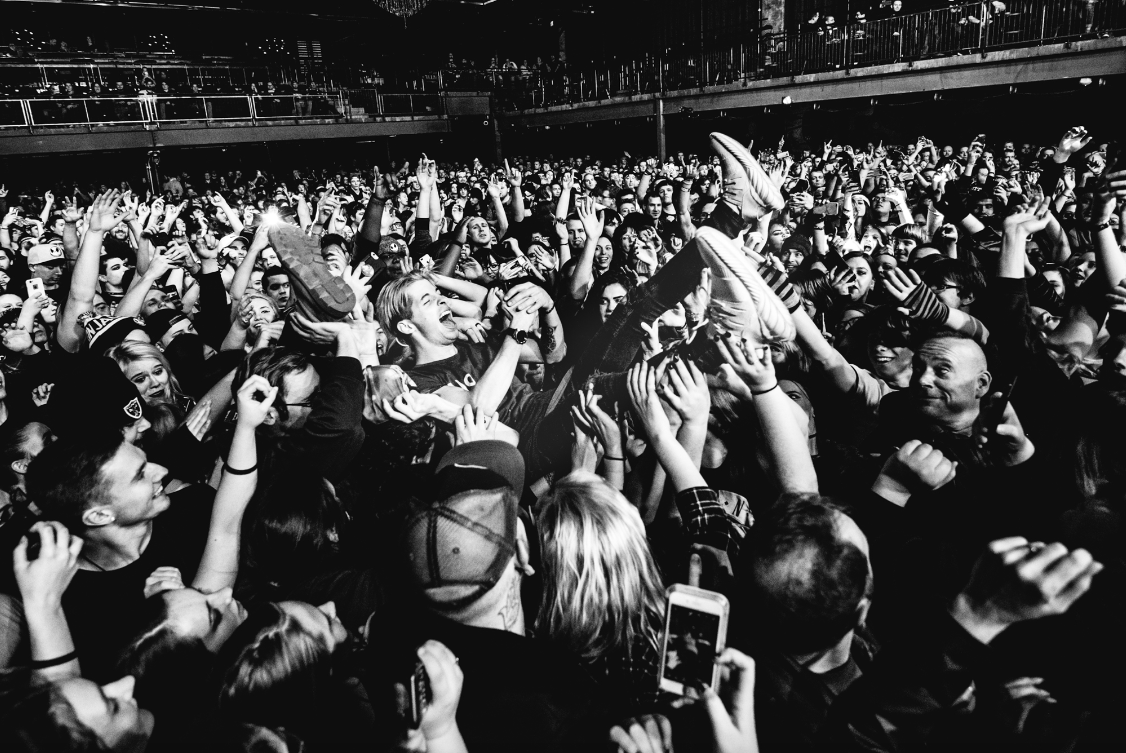 I want to give our fans what they want, just not how they think they're gonna get it

Dangerkids was formed in 2012 in Ohio, and two albums down (and with a rumoured third in the works), Smyth takes on co-vocalist duties with Andy Bane, completed by guitarist Alex Asch, bassist Jake Bonham and drummer Katie Cole.

“We haven't released anything in a long, long time,” he nods, not wanting to give too much away.

“We actually had intentions of releasing things sooner…we do have music that we're sitting on. I wouldn't say it's a fully finished release; we are trying to wait until we've got something we can put our names on and call a body of work and feel proud about.

"I have very intentionally carved out a space to be able to work on my band and release something.”

What he’s very keen not to do with the next Dangerskids record, is rush their third album:

“That’s the surest way to see your own demise or disappearance – it's so easy to fold things in, and it's so easy for your fans to detect it. I think something that people detect in the work that I do is the passion, time and care I put into everything.

"I choose my projects very carefully. I would rather take time and have it come out the right way and have the fans feel respected. For us, it's nothing less than trying to blow people's minds or exceed the expectations of our fans.

"I always like to say that I want to give our fans what they want, just not how they think they're gonna get it. And doing that takes a little time.” 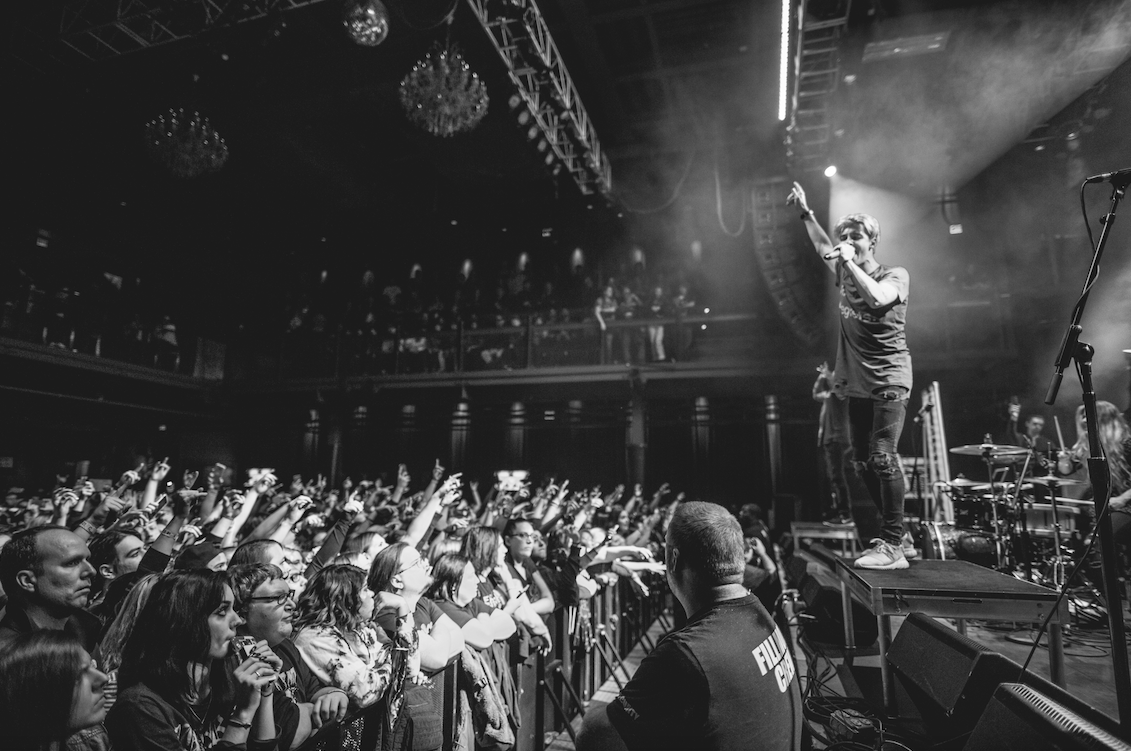 I think that's the mark of a great producer anyways: you put the ego aside

Smyth also serves as Dangerkids’ producer these days, which was partially borne out of a thirst to prove himself behind the scenes as well as on stage. He admits he is a bit of a perfectionist when it comes to production (although he’s working on letting go of the reins a little), but is more than happy to collaborate when needed in order to create the best version of a track possible.

“I think that's the mark of a great producer anyways, right? You put the ego aside. As much as you want to be able to say, ‘I did this whole thing all by myself in my room and no one helped me’, I'd rather just make the best music, and sometimes that means collaborating with people that are better than you at certain things.

"I'm always trying to surround myself with people that blow my mind, so I've started to lean back into those things. It has certainly led to me making more meaningful work.” 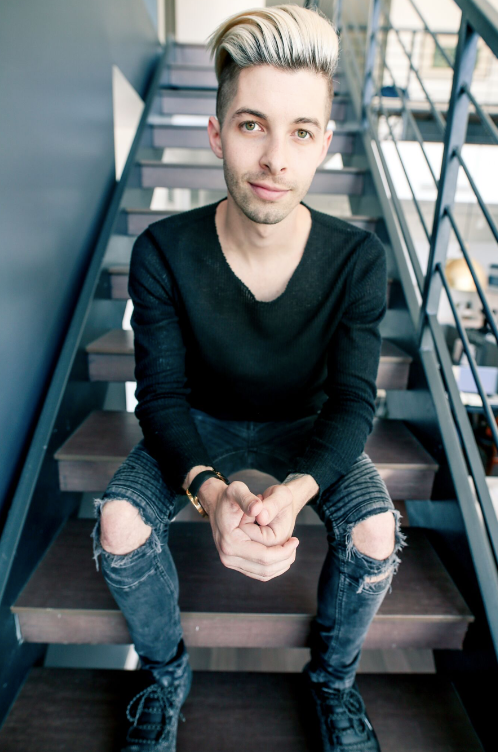 There is not a single thing I love more in this world than when Cubase releases updates!

With him every step of the way in the studio is Steinberg’s Cubase, which he’s been using since version SX3 in the early 2000s. He makes no secret of his genuine love of the software:

“There is not a single thing I love more in this world than when Cubase releases updates, because my life just gets a little bit easier! The amount of time I spend doing things always goes down just a little bit more.

"I'm very obsessed with life hacking, especially in my job, so if this export will now take 30 seconds less every single time I do it, then it's hard for me to ignore that. Anything that can get out of the way of creativity is a huge win – it's hard to put a price tag on that type of thing. Cubase really does that for me. I know it sounds dorky, but to me, it is extremely exciting,” he laughs, doubling down:

“I don't know any other way to say it – it gets my adrenaline going! Right now I'm on Cubase 12 and it's a lot like 11 with a lot of under-the-hood improvements. The quicker that I can get back to creating the music instead of fighting with the computer, the better.

"Cubase has all these great features, like it's auto-saving all the time, it's recording all the time, even when I don't press record – it's recording, and it's these little things that just speed things up. I'm always checking in with other DAWs here and there just because I'm like, ‘Am I missing something?’ But the truth is, I have no interest in changing. Cubase does what I want it to do.”

Most importantly, it facilitates creativity for Smyth:

“For instance, I can take a whole song, change the key of it and in a couple of clicks I can hear it. I just look forward to the updates,” he enthuses, grinning.

“It always comes out around the winter time, usually around New Year, and I always wait for it because it's genuinely exciting! They’re a good company for having their finger on the pulse of what people are doing with it. How do you beat that? It's a company that listens and is constantly developing and changing.”