‘We all had a knife at our necks’: Gregory Porter on grief, politics and Still Rising

“Do you mind if I order a cognac?” laughs Gregory Porter when Headliner reaches him over the phone from what sounds like a bustling Central London hotel. He may be joking, but the image of him sat by the fire of the hotel bar, sipping on a drink as he regales us with tales of how his new record Still Rising came together is easily conjured. The Grammy Award-winning artist is in high spirits, being just a matter of days away from the release of the new album and having just completed a run of four sold out shows at the Royal Albert Hall, his first live performances since March 2020.

“It was a wonderful time,” he says. “They were my first big shows since the opening up of our lives; the revival of our lives. It was great to perform four packed shows and have that back and forth with the audience. It was amazing and quite emotional. The last time I played live was pretty much the last day you could do anything.”

Released on November 5, Still Rising is more of a Gregory Porter selection box than a new album or a best of. Packing 34 songs over two discs, it features five brand new tracks, an assortment of greatest hits and an array of covers and duets with the likes of Paloma Faith, Moby, Jamie Cullum, Jeff Goldblum, Ella Fitzgerald and many more. It is, he says, a project that would not likely have happened were it not for the pandemic.

“It’s a statement of my musical openness; my respect for music but having no respect for genre,” he explains with a delivery that is slow and considered. The rich, warm, honeyed tone that makes him such a compelling storyteller through song is just as powerful in conversation. “I love soul, jazz, dance, blues. This album is a full musical picture of who I am as an artist thus far. This is not the final chapter. I don’t even feel like I’m at the halfway point of my career. This is a picture of me at the moment. But if we hadn’t been faced with the pandemic, and had I not released my previous album All Rise just before it – and subsequently not been able to play those songs live – I don’t know if I’d have made this record.”

In addition to providing a fitting snapshot of his career to date, Still Rising also came to represent something of a cathartic project during a devastating period of loss. Over the course of the pandemic, Porter was dealt the double blow of losing his brother to Covid and the death of his sister just one week later after a battle with cancer. Speaking openly about the grief he felt at the time, he says that music offered both an escape from the pain he was enduring, as well as a means to process and overcome it.

“I was buoyed by some of the things I said and sang to lift other people; I needed that for myself,” he elaborates. “With the death of my brother and my sister, it was a very difficult time, and I realised the power and importance of music. In a way, Still Rising is a celebration of that and a statement of these musical gifts that I share with everybody.

“Music as a commodity was less important to me, so I wrote songs about my brother and sister and I don’t know if they’ll ever make it to the studio, I just wrote it for myself and maybe spiritually for them as well,” he continues. “I don’t care for that to be sold. Music is still a way of communicating without the need for it to have streams or purchases. So, I communicated with my brother through music without the eyes and ears of critics or fans.

“There was another thing that happened due to the grief and pressure of the times and the anxiety that this situation has created. The importance of making music for sales seemed frivolous in the face of what we were all facing. We all had a knife at our necks, because a pandemic such as this, transmitted by the simple act of breathing and being close to one another, threatened all of our lives. That was vexing. Then I realised that the prescription for it was music. I needed to hear some of my own music, some of which is on Still Rising. I needed to hear No Love Dying, I needed to hear Mother’s Song. It was cathartic. My brother came to the studio whenever I recorded, so I remember him being in the room when I recorded some of these songs. All of that was healing for me. I always felt it was my gift to heal other people with music, without considering one day I might need it as well. And I needed it.”

The songs Porter would write during this time were also informed by the escalating political and racial tensions that have shaped the past 18 months. Though not explicitly detailing subjects like the murder of George Floyd, the Black Lives Matter movement, or the attack on Capitol Hill, all of these, he says, permeated his creative process at the time. 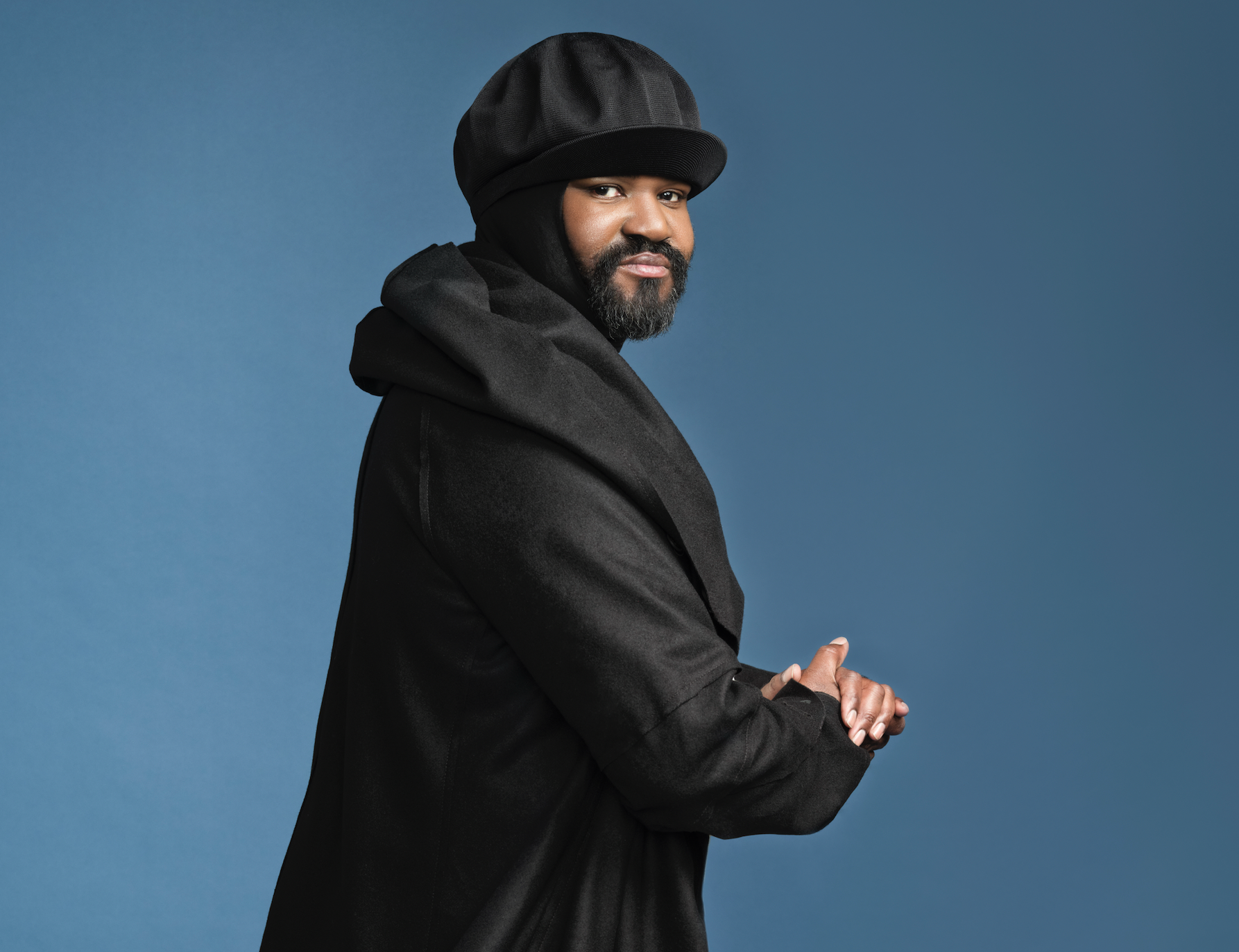 Making music for sales seemed frivolous with what we were facing. Gregory Porter

“I just wanted to consider the turmoil that was happening during this time - the song I Will is about love, trying to think about togetherness, being children of the same God, thinking about the optimism I have about love,” he explains, his voice steely yet full of emotion. “I was wilfully naïve about love, wilfully in love with love, wilfully gobsmacked by its power and presence.” He recites the lyrics, “I will sell my soul, I will sail my soul down the river of love. It’s about believing that through all the troubles we go through, racial strife, political differences, all of it is surmountable with love. That’s what I feel is coming out of the times we’re in.

“The other lyric is they are children of a vain God, walking bold and wide to the rhythm of the gun. There are a whole bunch of places in the world where people feel empowered by brute strength, might and their ability to tear down doors, break down walls, walk into Capitols and control people with bombs and brutality. This is a real thing, even though it seems like something from 200 years ago. Present day people are still trying to conquer other people with might.”

As well as documenting the challenges of the times, Porter also describes what he feels is a duty upon artists to offer hope and light during the darkest of days. From protest songs to feelgood escapism, the power of music, he suggests, is more potent than ever.

“I hope to convey a message of hope and unity,” he offers. “I feel like I’m on a team with a bunch of artists all over the world, and it’s the charge of the artist to try to make the world a better place. We protest and we push, however subtle, however overt, but we push towards a more perfect way of life, for more fairness and a more reasonable, equal place. You can’t do it all in one fashion, it has to be different levels of pressure. Somebody has to go hard; somebody has to go soft. Art generally pushes towards making people better. You can use art in awful ways as well, but art generally pushes towards a higher, more positive mark.

“These vexing stories…[he pauses.] I’m a black person thinking of the black story. There is a lot of pain there. And sometimes there is a weariness that can happen even in the protester. Sometimes you just want to see black joy, black grace. My Babe is just a fun, blues song that is like something that would be played in a juke joint. That’s exactly what I’m doing with a song like that. Let’s just enjoy ourselves, have a cold beer and dance. There is no pain with that song.”

While the lyrical content and context of the new songs and the old favourites on Still Rising may vary, what remains consistent throughout is Porter’s ability to add a layer of contemporary sheen to traditional jazz, blues and soul. Though rightly credited, along with many of his Still Rising collaborators, as one of the artists most responsible for bringing what some may consider niche genres to mainstream audiences, he claims that both music listeners and artists today are less tribal and more genre agnostic than ever before.