‘We embrace and embattle’: Steve Lamacq on the power of 6 Music

Legendary music journalist, broadcaster and BBC 6 Music presenter Steve Lamacq joins Headliner for a chat about next month’s 6 Music Festival and why he believes the station appeals to audiences like no other.

“I’m really looking forward to this year’s festival for so many reasons,” fellow 6 Music presenter Stuart Maconie told Headliner, discussing the return of the event. “First of all, it’s my kind of festival in that it’s set in cities and clubs. I know some people love getting their wellies on and getting muddy, but I do like a roof, I like being able to find out about new places.

“I have such fond memories of all the 6 Music Festivals, particularly when we went to Glasgow. We had a tiny reservation on the way up in that we wanted to make sure that when weren’t going to someone else’s town and saying, ‘here we come to share with you the benefit of our brilliance’. Nothing could have been further from the truth. People showed us the good pubs, the good venues, the good restaurants. I pretty much lived in Barrowlands for four days and started going out for breakfast with the bar staff!

“This year there is so much going on in Cardiff, and of course, it’s the first one since Covid. It will be so great to see people after two years off.”

The 2022 6 Music Festival coincides with the station’s 20th anniversary. Since launching, it has attracted an increasingly devoted listenership and is officially the UK’s most popular digital station.

We caught up with Lamacq to find out what he’s most looking forward to about the 6 Music Festival and the station’s unique ability to transcend genre….

Firstly, congratulations on 20 years of 6 Music. What’s been the key to its success over the past two decades?

One of the things the anniversary has almost forced us into is actually analysing what it is that 6 Music does well and why we are still here. It may sound like we’re blowing our own trumpet, but I think one of the main reasons is the way 6 Music has adapted and grown with the audience. Even when we started 20 years ago, I don’t think anyone expected the change in the musical demographic – there was a point where people started growing out of pop music. When I started going to gigs in the ‘80s, if you saw anyone over the age of 30 it was like ‘what are you doing here, grandad’? Now it’s completely changed, especially over the past 20 years, and 6 Music was perfectly placed to understand that music being produced now is open to all.

It’s just getting the feel of the audience, understanding who they are and what you can bring them. We are fortunate to have a very inquisitive and enthusiastic audience, on several levels, from people who go to three gigs a week, to those who go out once a month but are ardent record collectors and fans. We have an incredibly diverse audience and our success has come through understanding that and representing it in the music we play.

6 Music’s audience is particularly devoted. What inspires that connection people feel to the station and its presenters?

They are fans and they are just interested in music. 6 Music was possibly a bit cliquey when we first started. It was quite a serious station, but now we are far more accessible. The word community is probably overused, but we are a kind of gang – it’s us and the listeners and there really is nothing between us. We all like the same things, it’s just a few of us are on the other side of the desk. It’s also not a station you grow out of. You can grow up with 6 Music and you can introduce the next generation in your house to 6 Music and there is no difference. We’re not a genre or age specific station – that is the rarity. Most stations are aimed at a certain age group or certain type of music, so you can feel at home at 6 Music for a lot longer than you would at most other stations.

Do you think this is something we’ll see more of across radio, as genre and age becomes less important?

Possibly. There are still signs of how music used to be, which is slightly more tribal. I think this changed a little bit during Britpop and we possibly thought that was a bad thing, that losing of the age gap. The idea that you couldn’t possibly like the music your mum and dad liked became a problem for a while with Oasis in the chart, because you had your mum and dad singing along to them because they reminded them of the Beatles. How can you rebel against your parents when they are humming along to the band you thought were your band?

That’s changed now and that generation gap has eroded slightly. But then, if you still felt like you wanted to like music your mum and dad didn’t like, you’ll still find that somewhere on 6 Music. If your dad is constantly reminding you that he once saw The Clash in 1978 then I’m sure he’d be slightly freaked out to know all you listen to is Giles Peterson’s world jazz. The great thing with 6 Music is you can embrace and embattle at the same time. 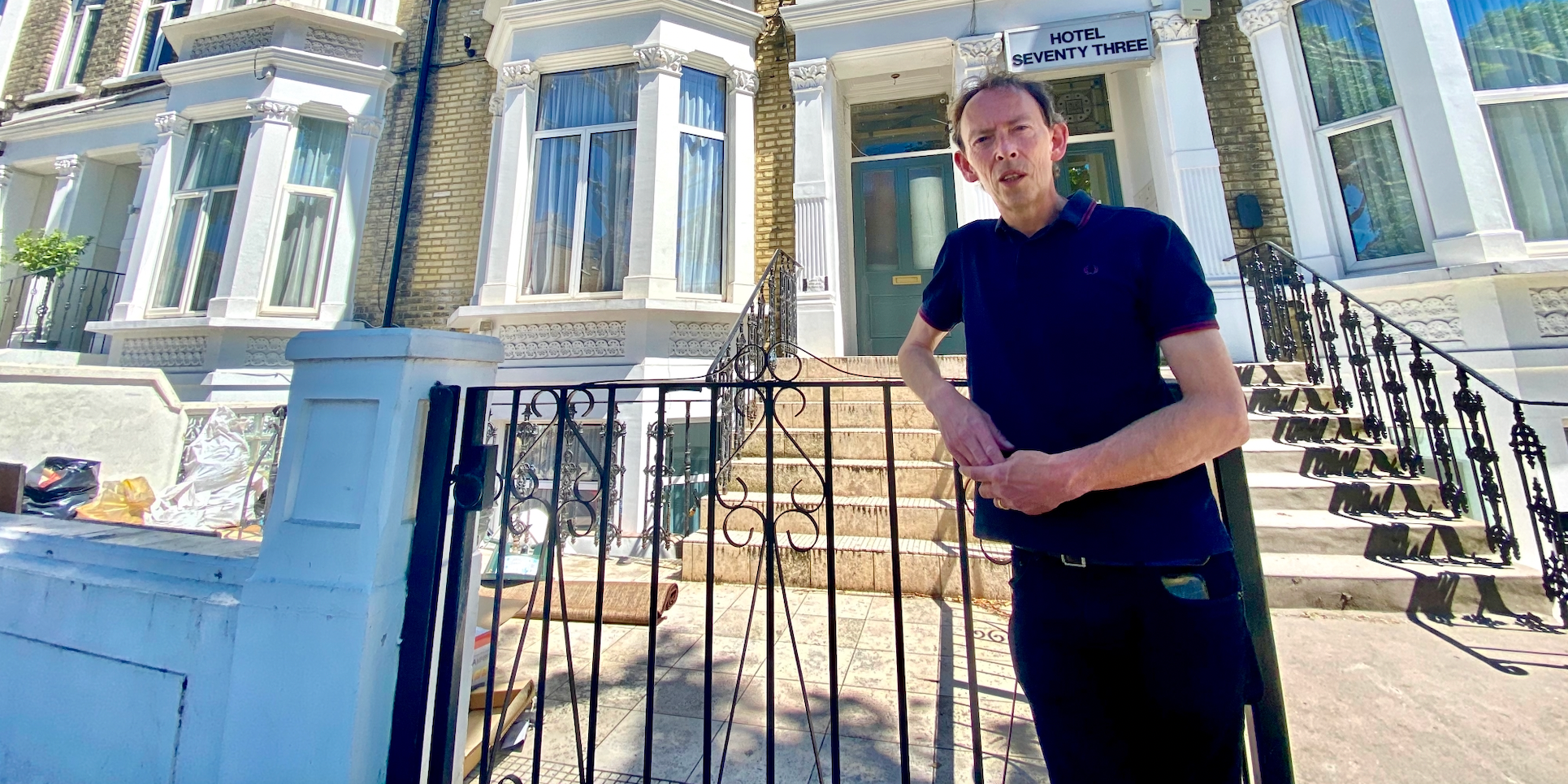 You can feel at home with 6 Music for longer than most stations. Steve Lamacq, 6 Music

6 Music has helped a number of artists break through in a big way. Who have been some of your favourite artists to emerge through the station?

One of the first that really meant something to us was Florence and the Machine. I was backstage at one of her Hyde Park gigs and Florence’s dad was basically introducing me to everyone that day as the man who broke Florence. This was because 6 Music went to SXSW in 2006 and I’d heard three demos by her at the time and just took a punt on it as it sounded so interesting. That started the ball rolling. She then went on tour with MGMT and the momentum lead to her record deal. That was one of the first examples where you saw something that you did push the rest of the dominos over. Obviously, you have to be talented, it wouldn’t have worked if she was rubbish!

More recently, someone like Catfish and the Bottlemen, who had been around but no one gave a damn about. We pushed quite hard and then that took off. Then of course there’s Idles, who are the archetypal underdog band. I don’t think there’s a better example of what I do than Idles – finding a band that no one knew they wanted until you put it in front of them, and it turns out it’s exactly what they wanted. That’s how I felt. I didn’t know I was looking for a bunch of 30-something shouty punk rock fellas from Bristol until I saw them. It means a lot to us to see a band from a backroom in Bristol go to No.1 in the charts.

Are you surprised by how far Idles have come since then?

Yes, a little. I didn’t realise there were so many people like myself who felt such a connection with that band. I’m always surprised by how far a lot of bands go. There are always one or two bands you can see being quite big – I remember when we first started playing Arcade Fire and you could tell there was something there that might go onwards and connect with people. But there are other bands where you think ‘surely this is too unfashionable to fit in anywhere’, but it’s good, and proof that there are still a lot of people who really want to lose themselves in a band’s music.

How much are you looking forward to the return of 6 Music Festival?

The bill is just littered with people I want to see. I’ve still not seen Lucy Dacus, it’d be lovely to see Sports Team again, you have bands like The Mysterines who I’ve not seen for a year, and bands I haven’t seen like The Bug Club. There’s plenty of bands and there’ll be fringe gigs around that might throw up something. I’m also looking forward to seeing the current Self Esteem show.

What do you think of city-based festivals as opposed to being out in a field?

I’m all for it. It’s a shorter walk home, there’s a corner shop if you run out of cigarettes or crisps. I’m not saying I don’t like outdoor festivals but give me the choice of walking from pub to pub or venue to venue, I’ll take that. And it’s warm!

How important is 6 Music Festival for the city hosting it and its local talent?

I always hope to come back with some music I haven’t heard before. Idles played the fringe in Bristol, which is when I first saw them. I saw a few fringe gigs that year and hopefully what it gives you is more of an understanding of the city itself, how it works, the best places to play, what the audience is like. Because I’ve spent a lot of time following tours around the country I understand this, but it’s good for people to get out and see that geographically some music goes down better in certain places than others. Whether you have the Bristol melting pot or the psychedelia in Liverpool, or the pure indie pop of Sheffield, every area is slightly different, so every time you go somewhere it tells you something about that audience.

What have been some of your personal 6 Music Festival highlights to date?

Nadine Shah at the last one at the Roundhouse was very good. She Drew The Gun in Liverpool was very good, Public Service Broadcasting playing in the foyer at The Sage in Gateshead – they were in the middle of all this chaos and there were all these people just walking past and stopping going ‘what is this’? They were like some sort of magnetic planet pulling people into their orbit. There’s been a few!

Headliner recently spoke to Lamacq about the 30th anniversary of Nirvana’s breakthrough album Nevermindand his personal experiences with the band. You can read and listen to the interview here.