Working on a royal commission to provide ambient music to accompany the growing of 20 million flowers, recently completing a new album, only to plant the only copy in the earth and delete all the digital files — it’s safe to say Erland Cooper doesn’t choose to release music in the most traditional way. Headliner chats to the Orkney Islands-born, London-based composer about depicting the nature of his Scottish island home from his studio in London, his royal commission, the times his music has made burly Glaswegian men cry, and trusting his friend Paul Weller with the manuscript of his latest album, that is quite literally, under the ground.

While Cooper is based amongst the mad rush of London now, his upbringing couldn’t have been much more remote — he spent his formative years growing up in the archipelago of Orkney, a cluster of islands off the northeastern coast of Scotland. His home, and in particular its natural landscape and wildlife, is a significant reference point in his music, which is mostly piano, strings and analogue synthesiser-based.

The last time Headliner spoke with Cooper, he was sat in the foyer of London’s Royal Festival Hall, about to go on stage with friend, frequent collaborator, and all-round rock royalty Paul Weller. Cooper spoke of pinching the key to the music building of his school in Stromness, so that he could spend as much time there as possible.

“Even though I don't live there, my parents' home is there,” Cooper says in his measured and soothing Scottish accent.

“I still call it home. I’m like a ferry looper [an inhabitant of Orkney who is not a native but has come from the mainland, i.e. across the Pentland Ferry] – I come and go. So I get to go there every couple of months, which is great. I write about my relationship with the natural world.

"I think there's a misconception that you have to be in that natural world all the time to write about it, but I enjoy the critical distance that my studio gives.”

Without the mention of his working with Weller, you’d be forgiven for thinking Cooper’s seeming preoccupation with classical instruments and remote expanses of countryside would make him a total stranger to the world of alternative indie music.

Not so — before this stunning solo project took off, he was busy with Erland and the Carnival, which he formed with former Blur and The Verve member, Simon Tong; and The Magnetic North, which also includes Tong, and fellow composer, Hannah Peel.

But the solo endeavours are now going so well that he recently put pen to paper with Mercury KX, the neoclassical home of such prestigious peers as Ólafur Arnalds, Lambert, Luke Howard and Isobel Waller-Bridge. 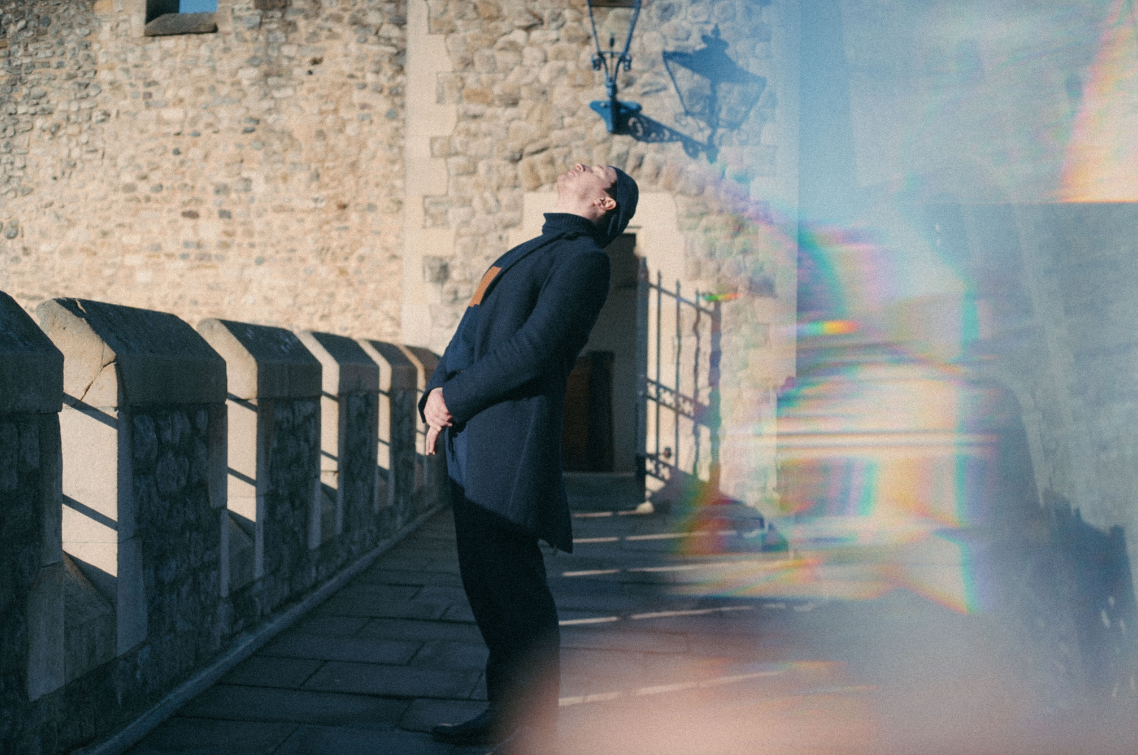 I deleted all the digital files and there is only one physical copy of the album.

“I never intended to be a solo artist,” Cooper says. “It wasn't my plan. And it's remarkable where Solan Goose (his debut solo record) has flown me. I think that's the remarkable thing about music.

"Continuing the bird analogy, this idea that you never plan where or how music can land in someone else's ears. Just recently, I came off stage, and it wasn't the best performance. We're all incredibly self-critical. This big, burly bloke came up to me and he said, [Cooper puts on a thick Glasgow accent] ‘Are you Erland Cooper? I really enjoyed that performance’.

“Glaswegians, you can never quite tell if they’re angry or happy with you!” he laughs, adding that the man said, ‘I just wanted to say one thing: my father passed away recently and I was unable to grieve. I put your records on and I cried my effing eyes out’.

"He thanked me and punched me on the arm and walked off. That really struck me. I thought that was really moving and powerful. It's a remarkable reminder of the strength of certain art forms and how far and wide they can fly and land.”

Among his great array of talents, Cooper’s ability to reduce faintly intimidating men to tears is perhaps one of the skills that put him in such great stead for his royal commission to write music for The Tower of London.

The project is titled Superbloom, part of the UK’s Platinum Jubilee celebrations. It’s named after a rare and incredible natural phenomenon, where whole landscapes are miraculously transformed into sheets of vibrant flowers.

A superbloom occurs only once every few decades, when favourable weather patterns coincide and activate dormant seeds. The forthcoming ‘designed’ Superbloom event will celebrate nature by turning one of London’s most built-up areas into a blossoming, living flower field.

“Funnily enough, again, it was after a show,” Cooper says of landing this once-in-a-lifetime opportunity.

“A producer came up and said, ‘Can I talk to you about a top-secret project? Only, you’d have to sign a non-disclosure agreement’. I looked at her and said, ‘Well, I neither have a pen, nor a printer, but why don't you lift up your hand and I'll sign on that with an imaginary pencil?’

"She then told me what the project was and I've known about it for a while. It's just been released into the wild as we speak.”

Indeed, said release is out now — the looped ambient music can not only be heard at the Tower itself, but also on your favourite streaming platform. Music For Growing Flowers also makes for a gorgeous at-home listening experience, with recurring musical motifs played across cello, violin, piano and synths that will cause a superbloom in your heart, if you’ll pardon the cheese.

Another thing that drew Cooper so strongly to the project was the uncertainty of it, the will they or won’t they factor with the 20 million flowers. For a while, the bloom appeared to be on the rocks, with no signs of life.

But if you go on Twitter, you will now see lots of people completely floored by the natural beauty that has sprung up. Not to mention the wonderful contrast with it being in a moat that was of course originally dug for the slightly more sinister reason of keeping undesirables both in and out of the mediaeval tower.

“I do recall they filled the Tower of London with poppies,” he says. “And it was this red sea. It was really quite potent and quite a powerful landmark moment several years ago. Well, they've approached The Tower of London again with this commission to fill the moat with 20 million wildflower seeds, and to have them grow and evolve.

"Of course, it celebrates a certain Jubilee, but it's also an act of kind of old rewilding, which is something that I'm really interested in. And after the Jubilee this summer, they hope to continue and retain that landscape that they've nurtured.

I was asked to score the exhibition to bring the audience through the moat and out the other end with an accompanying score.

“For the audio side I was asked to score the exhibition to bring the audience through the moat and out the other end with an accompanying score. So we've planted 26 speakers, a truly spatial audio sound system, and I wrote a 20-minute ambient score for harp, electronics, piano, violin, cello and voice. It will loop throughout the day, and slightly evolve from morning to evening.”

Cooper recently completed the recording of his new album. However, ‘new album’ is a curious choice of words, considering how he’s going about releasing it, or, one should say, if he releases it.

The only copy of the album is currently underground, dug into the earth. This isn’t some mad, drunken typo, so perhaps let’s let the composer himself explain this wonderfully bonkers idea:

“The clue is in the title: Carve The Runes Then Be Content With Silence. We recorded it at the Royal Conservatoire of Scotland and then mixed it in London. But the twist was I deleted all the digital files and there is only one physical copy of the album! It reminds me of when you’d make a mixtape and you’d be the only person with that copy.

"It asks the question of what’s precious, a little meditation on value amongst other things. I took that tape from London to Orkney. I even put it in the front seat with the seat belt, I crossed on the ferry and then dug a hole at a place that's important to me, and I planted it with a biscuit box.

"It’s kind of a collaboration with the natural world — to compose it, then let it decompose and recompose. When it comes out of the earth, we'll do a performance with the string orchestra in 2024, which is already booked at the Barbican Hall, which is just a remarkably bold leap of faith. Because what comes out of the earth might be complete silence, it might just be white noise.”

Perhaps the most staggering thing is that Cooper’s label, Mercury KX, a subsidiary of classical behemoths Decca Classics, wanted anything to do with this project at all — it goes without saying that it’s a huge gamble, commercially speaking. Although an absolute dream for whoever got to write the press release.

“Can you imagine their faces when they're just about to sign me? I mentioned I've got this classical record, and they said, ‘That's brilliant’. I've put it on tape – ‘oh we really like tape!’ I've deleted all the digital files. ‘Sorry, what?’ But instead of running a mile, it just caught their imagination of curiosity — we even did a billboard saying ‘out in 2024’ – which I thought was hilarious.” 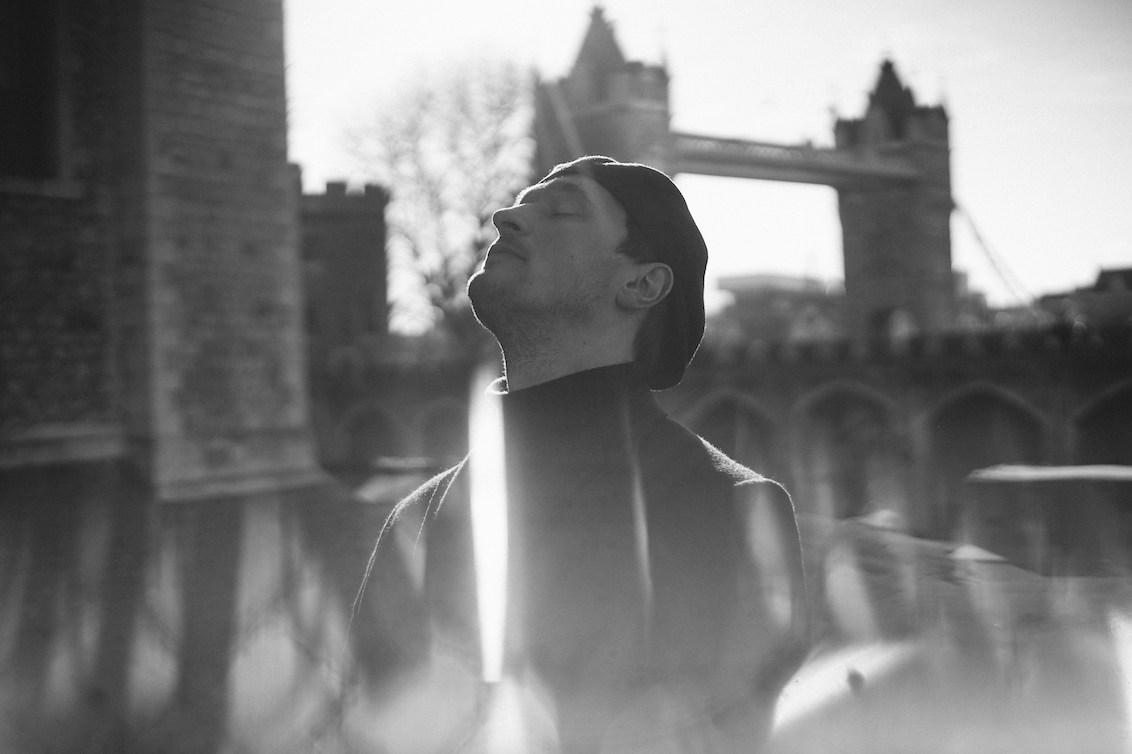 It’s a collaboration with the natural world — to compose it, then let it decompose and recompose.

Aside from the recording which is currently lapping up the soil and minerals of the Orkney isles, Cooper entrusted three copies of the album’s written score to Radio 3 broadcaster Elizabeth Alker, Scottish novelist Ian Rankin, and Weller, who apparently got down on one knee to be knighted by the manuscript as Cooper handed it over — “he’s probably lost it”, Cooper jokes.

It’s not often an article will conclude with ‘roll on 2024’, but hopefully you can share in the huge fascination and anticipation of how this project will eventually sound, or not sound, as it were.

In the meantime, get yourself over to The Tower of London for the rarest of opportunities to be lulled by nature and Cooper’s beautiful soundtrack in deepest central London.