Mac Mini M1: A No Brainer For Music Production

Initially, as those of you who read the earlier Mac mini M1 article from last December will know, there were a host of little niggles, all pretty much software related. As time has gone on, these have been all but confined to history with successive updates from both Apple and the various software packages I run. So let’s run through the list of packages and let’s find out where we’re at with our Mac mini M1 nine months later...

It’s unbelievable what this cheap little desktop computer can do. The thing that impresses me the most about day-to-day use of the MmM1 is how I now work in an atmosphere of peace and tranquility.

Gone are the constant whirring of fans from my old Apple products. Being able to record vocals and acoustic guitar in front of my screen without the constant background fan noise is a luxury I’d never known before.

I use Logic most of the time mainly because I know it well, having first been a C-Lab Creator and Notator user on the Atari. Another DAW we have a fair bit of experience with and find more stable than Pro Tools is Reaper.

I have it installed on the MmM1 – more for trial than active use – but Reaper is the main DAW in Headliner’s London studio.

Back in February, Apple’s 11.2.2 release of Big Sur made some significant improvements, as did a couple of updates to Logic, especially the update 10.6.2 in April and the latest 10.6.3 last month, which have all helped to reduce one little problem after another.

The biggest changes have come unsurprisingly from the likes of Universal Audio and Waves for addressing the move to Big Sur, who were relatively on the ball and early this year released updated versions of their interface software drivers and plugins, respectively. 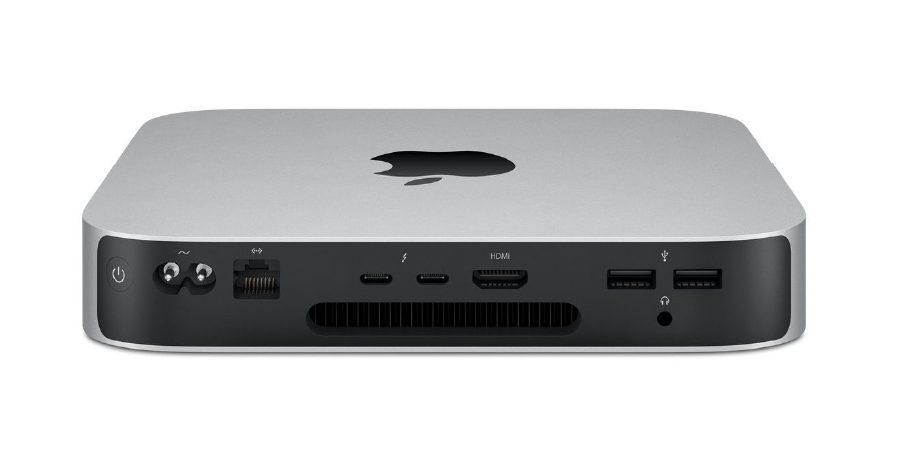 For a cheaper, better performing machine that works without a fortune spent on RAM, on a stable platform like the MmM1, it’s a no brainer!

In March, I reviewed Antelope Audio’s Zen Go Synergy Core; the initial review and recordings were done using my Hackingtosh, but in April after a couple of updates from Antelope I switched it over to the MmM1. It worked perfectly and when I checked in the activity monitor it was running natively.

It was around mid-May that I noticed UAD v9.14 had been released, so I reloaded the UA drivers and full complement of plugins on the MmM1, and this time all was sweetness and light.

I have to say that even though all the UAD software in Intel and Apple Logic is native, we’re clearly at the stage where you really don’t notice unless you’re specifically keeping a close eye on the technical aspects.

In June, I reviewed the Merging Technologies Anubis which is a truly wonderful sounding interface. The associated Ravenna drivers and software for the Anubis are already Apple Silicon optimised and it is now my monitoring interface of choice, while the UA Apollo x8p is my input/recording interface.

The great thing here is that both are on and permanently connected. Both automatically switch sample rates if I load a project from another studio that was recorded at 96k or 44.1k.

When recording, I change the DAW’s output to the Apollo so I can use my own constructed preset plugins in UAD’s low latency consul and monitor all recording in real-time.

Having vastly improved speed and performance, there is no room for a constantly faltering workflow when you’re trying to create in the moment.

Waves features a fair few of my favourite plugins, although I have a lot of the same models and alternatives in the exceptional Universal Audio library.

This library was possibly the last to install after the early failed attempts, and bar a few GUI and preset issues, all is well. It was after I had this all up and running that I finally switched off the Hackingtosh and my old Mac Pro for the final time.

For what I do, I couldn’t do it as well or efficiently without my iZotope plugins. I love a fair few of them which are still proving their worth on a daily basis. I recently did a three-part review series for iZotope Music Production Suite Pro and still didn’t manage to cover everything it has to offer.

The two plugins I’ve had absolutely no issues with and that just kept on working have been from oeksound. Spiff and Soothe2 just continue to do their thing to perfection.

At the time of going to press, none of the third party plugins we use are Apple native optimised. These include offerings from major vendors like iZotope, Universal Audio, Leapwing Audio, Sonarworks, Sonnox, oeksound and Waves, and that’s also the case for instrument plugins from Spitfire/ LABS, XLN Addictive Keys, Output’s Arcade and Signal and Xfer’s Serum.

I suspect that until there’s a major commitment from DAW developers to produce native Apple apps, then we’re a way away from seeing Apple Silicon optimised plugins. It’s likely that as long as Apple’s Intel machines stay supported by MacOS, developers will continue to produce Intel versions.

Was I right to warn people off using Apple Silicon for music production? I believe so, as when the machines first appeared there was a double whammy: new architecture and new operating system.

It’s not surprising then that not much worked correctly to start with. Having vastly improved speed and performance, there is no room for a constantly faltering workflow when you’re trying to create in the moment.

Would I recommend the change now? Absolutely. For a cheaper, better performing machine that works without a fortune spent on RAM, on a stable platform like the MmM1, it’s a no brainer!